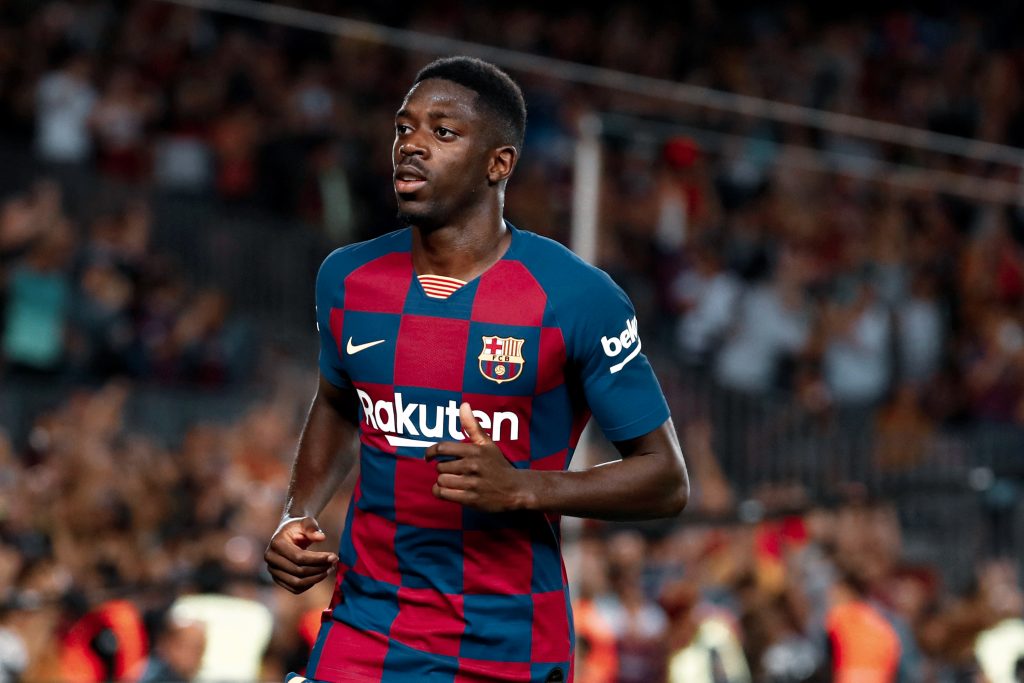 Dembélé has had a series of obstacles since his arrival in Barcelona. He came as a teenager, but with every passing year fans have been losing the faith in him. However, this may change very soon, as Ousmane Dembélé looks forward to his recovery in his 23rd birthday.

Dembélé’s career at Barça has been repeatedly interrupted by injuries. When we believe that he will have a constant development, another injury appears. The truth is that we are still far from seeing the Frenchman shine, as he has not even exhibited 50% of his potential. When he has had the opportunity to do so, he has proven to be a player that can be used to perfection in the club. He just needs to be trusted, and, although his situation is difficult, in football there have been enough cases to believe that Ousmane still has plenty of time. Today, on the birthday of Dembélé, let’s review his current situation.

Ousmane Dembélé has played 74 games for Barcelona in which he has scored 19 goals and 17 assists. These numbers are not bad, but could be even better. On the other hand, he has missed around 63 matches thanks to the 9 injuries he has suffered wearing the azulrgrana shirt. His latest injury was in February, after suffering a ruptured tendon in his proximal hamstring in his right thigh in a workout while recovering from a previous injury.

Before his last injury, Dembélé was progressing effectively. He had gained a lot of muscle and was doing everything possible to return to the pitch. Also, he had had a totally positive attitude to recovering from his fitness problems. Unfortunately, another injury appeared. And while it seems hard to have faith in him again, we may still have to resist a little more.

No one said the path to success would be easy, and injuries have shown Dembélé the bitter side of football | Photo by Imago

Now that football has been halted due to the COVID–19, Dembélé has had time to rest and be away from the suffocating pressure at the club. He has been recovering and is undergoing the necessary rehabilitation process to return safely to the field. Future tests, though, are still required to fully know the status of his injury.

What is expected for the upcoming months

No football, no pressure, something that will help him in his recovery. However, Ousmane Dembélé turns 23 today on his birthday. He is no longer a teenager, and has the right age to prove what he is capable of. Once football resumes, the Frenchman will be closer to being healthy. While he won’t be able to take part in La Liga, he may be fit when the Champions League returns in August. That’s when Ousmane will have to start displaying all his best qualities again.

A footballer with incredible abilities. Speed, explosiveness, unpredictability, dribbling…When he plays, the speed of Barcelona’s game changes. He literally adds dynamite to the attack. He still has room for a lot of improvement, but we must be calm because Dembouz already has all these characteristics and conditions. They only need to be polished to make them more effective. Ousmane will achieve it with consistency, once injuries leave him alone, and only then will he have the chance to perfect himself.

Nonetheless, there are several other options as well, such as selling him in the transfer market, but it is somewhat improbable because the board wants to recover the money they paid for Dembélé in 2017. The problem is that his value has dropped by more than 50% in the past year. That said, another alternative is for him to stay and progress more and more. He still needs to work thoroughly with Quique Setién, who has stated on more than one occasion that he is excited to help the youngster’s progress. Setién trusting his talent is the first step to being able to get the best version out of Ousmane.

❛ Dembele will be an important player; he is extraordinary. The problem is that he has had bad luck which has resulted in a lack of playing time. We count on him ❜

Of course, it’s no wonder why so many people have already lost hope in Dembélé. But, if there’s someone that hasn’t, those seem to be Setién and Ousmane himself. The player is giving his best, and now it’s the fans who must leave the past behind and allow a new beginning for him. If something has characterised culés, that is never abandoning their team. In spite of his continuous setbacks, the former Dortmund man is remaining persistent. And that must be valued.

Finally, as long as he remains a Barcelona player and keeps trying hard, faith must be had in him. Hopefully Dembélé blows out the candle on a birthday cake, and his desire to succeed at Barcelona is fulfilled. He’s already 23 years old, and the time for him should have arrived.

• Lionel Messi: A man and his hat-tricks – The first six

• Which are the best Barça goalkeepers in history?