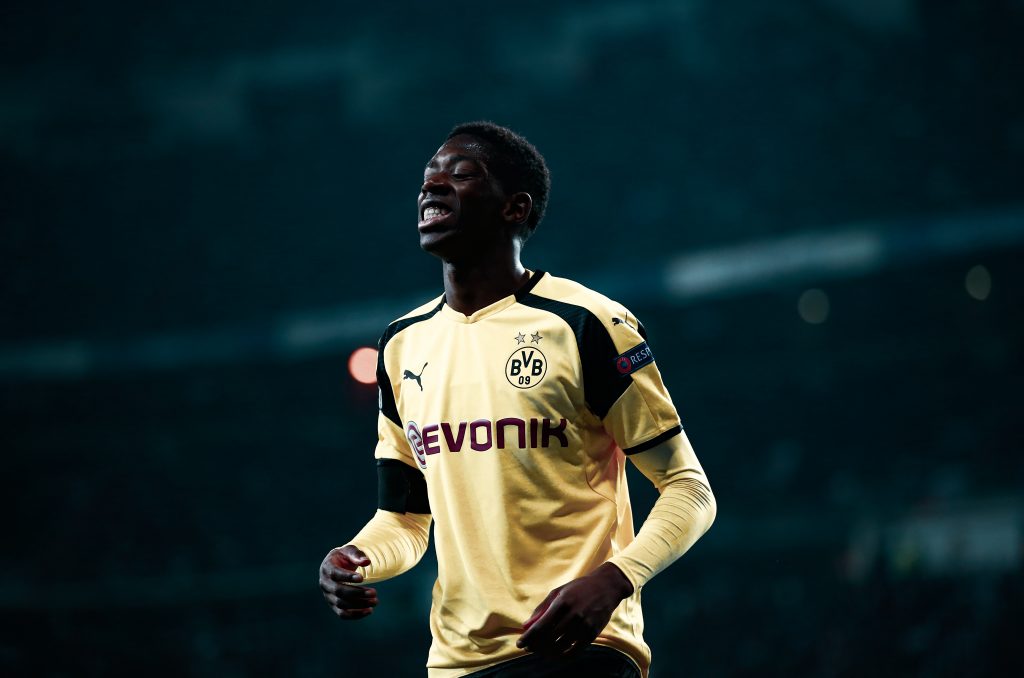 With the Bundesliga restarting this weekend, let’s take a look at the four current azulgrana players to have played in the German league. Ousmane Dembélé and his wonderful spell at Borussia Dortmund did not disappoint, as it preceded his subsequent move to Barcelona.

Fans often overhype many young players because of their age. They think youngsters should start every game and they will develop just like that. However, some talents are genuinely amazing when they play and deserve the praise they get after outstanding performances. In our generation, many footballers were highly regarded before falling off the face of the Earth after some time. Promising prospects like Adel Taarabt or Bojan Krkić are now playing their trade for smaller clubs than people imagined they would play for. Bojan excited every culé, and his debut campaign encouraged the blaugrana faithful a lot. But, after unsuccessful loan spells where he couldn’t showcase his talents properly mainly because of injuries, he was released from his boyhood club.

Nonetheless, Bojan’s talent doesn’t compare to Ousmane Dembélé‘s superb ability and obvious potential. The winger is one of the four current Barcelona players to have played in the Bundesliga. Dembélé was the definition of a wonderkid at Borussia Dortmund. After a superb debut course for Stade de Rennes, the Frenchman, a Barça supporter, decided to go step by step despite the big clubs’ interest. At the Signal Iduna Park, Ousmane took the world by storm. Far from his injury-prone self, the electric winger was one of the main men in attack, absolutely annihilating Bundesliga defences with his explosiveness and skills. Many fans would have fallen in love with the sport had they watched Ousmane Dembélé in his solitary season in Germany. Before Jadon Sancho came into life at Dortmund, they had a gem that destroyed the assist charts in the Bundesliga with twelve assists to his teammates.

A sensation in the Bundesliga and a winner of the DFB-Pokal, Dembélé was on fire as a teenager in Germany | Photo by Lars Baron / Bongarts via Getty Images

His best moment came in the DFB-Pokal, where the powerful Bayern got a taste of his skills as he destroyed the Bavarians’ defence with his trademark crochet. This sublime skill, which he masters to perfection, was used to dismantle Bayern before scoring an absolute belter in Manuel Neuer’s top corner. After that supreme goal, the media in France, mainly L’Équipe, began talking about Dembélé’s ceiling and comparing him to his friend Kylian Mbappé. The hype over the former Rennes youngster was tangible. European giants then began scrutinising his performances to get a better look at him.

It’s fair to say that Dembélé hasn’t found his feet at the Camp Nou, and that’s mainly due to recurring injuries. Nevertheless, his style was obviously more suited to Tuchel’s Dortmund than to Valverde’s Barcelona, and the drastic stylistic change at the Camp Nou with Setién could improve his displays in Spain. Under Tuchel’s more direct football, Dembélé completely understood his role and was the focal point of the attack with his pace enabling counter-attacks to feed the strikers. Accompanied by his friend Pierre-Emerick Aubameyang, another pacey forward, he was devastating in the final third as defenders could not keep up with his blistering speed and quality.

In a difficult season for everyone involved with the Yellow Wall, Ousmane was a bright spot. The horrible terrorist attack before their Champions League quarter-final against Monaco marked the 2016/17 campaign at Dortmund, as Marc Bartra was injured in this terrible incident, but they showed the former Barça defender respect by giving their all every match. Dembélé’s hunger for success, despite continuous setbacks, still follows him nowadays at Barcelona.

Also, the Bundesliga’s love for electric youngsters and their style made him win the league’s Rookie of the Season as he obliterated defenders left, right and centre. His campaign at Dortmund made him Barça’s replacement for Neymar, and it’s bizarre how he currently gets injured a lot more at the Camp Nou than at the Signal Iduna Park. Hopefully, Setién’s interest in the player, as he has touted him as a new signing, reverts the 23-year-old’s fortunes. Setién’s positive brand of football could fit him way more, and he is expected to be much more effective in the Cantabrian coach’s system.

That said, Dortmund will always look back at Ousmane’s spell with pride as he achieved unreal things in the Bundesliga. Dembélé’s time with Die Borussen may well be his favourite in his short career. The winger made the headlines and some friends there too, as he’s still close to Aubameyang even if they have parted ways and put BVB behind them. Now, the youngster’s goal is to go back to this sort of form in Catalonia. If he is played in a role that suits him, and if Setién has faith in him, he should succeed. His talent is clear and the Frenchman is an outstanding player on his day. That’s why culés plan on keeping him this summer.