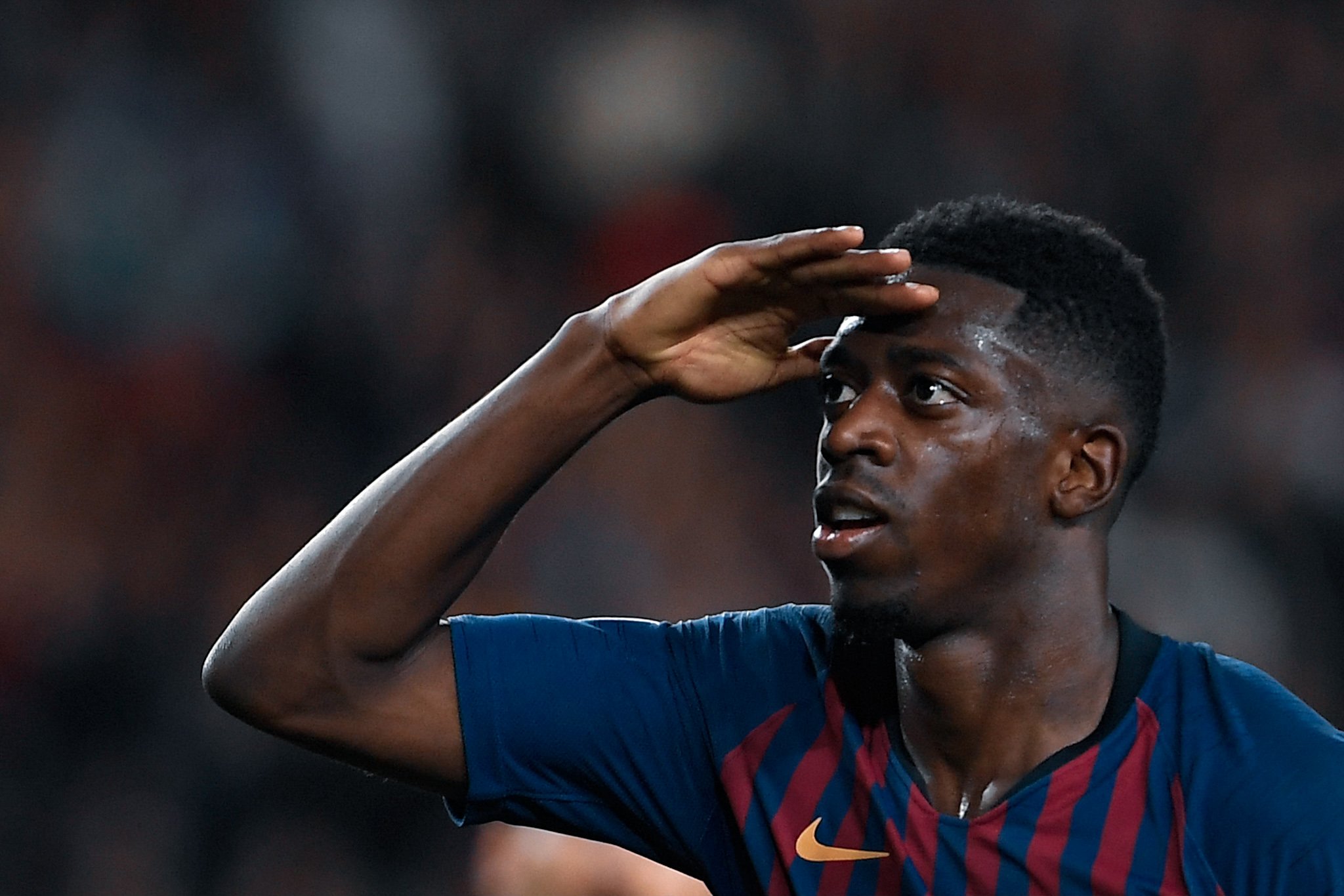 Just when Barcelona faithfuls thought that they were watching the best, fit version of Ousmane Dembele, the Frenchman picks up another injury, putting his future in jeopardy.

Football, like several other things in life, is dominated by uncertainties and inconsistencies, be it on-the-pitch performances, or injuries. Some players are the best in the world one day and the other they are on the transfer list. This uncertainty can make football beautiful or agonizing.

Sometimes, new signings take time to adapt, especially when a youngster makes the step-up to a superclub like Barcelona or Real Madrid. However, when and if these youngsters adapt, they become unstoppable forces that are ready to go through every team in the world.

Joao Félix is the best example when it comes to a young life becoming unstoppable after adapting. After a rough start to life in Madrid last season, Félix is now living up to his groundbreaking transfer fee.

At Barcelona, one player is enjoying a welcome renaissance. Ousmane Dembele, one of the priciest players in the world, seemed to be finally coming good at Camp Nou at the fourth time of asking. The Frenchman, after three years of relentless injuries, looks fitter and revitalised. So much so, that Ronald Koeman publicly stated that it was going to be difficult to drop him if he continues like this. Alas, he suffered a two-week setback on Sunday.

He was the best player for Barcelona against Ferecvaros in the Champions League. Skilful runs, altruistic game style and superb shots, Dembele terrified a defence that was not up to the competition’s standards. He finished the game with an assist and a goal, but the primitive stats do not do him justice.

The 23-year-old succeeded in five out of six dribbles, won six duels and completed 83% of his passes. All of that while other players, like Antoine Griezmann and Jordi Alba, helped him toward the win.

Dembele’s relationship with Alba on the pitch looked healthy on Wednesday. For the first goal of the game, the World Cup winner waited on the left, sliding the ball to Alba, which resulted in a quick interplay between the two, and before the Budapest outfit realised, the scoreline read 1-0.

A few minutes later, the story repeated itself. The skilful forward combined once with Alba when his chip landed directly on the diminutive defender’s foot, who released it for Dembele. He made no mistake with the cross, finding the poaching Martin Braithwaite to make it 2-0.

After that, the Barcelona attacker ran the show and got a goal to show for his plaudits. His team, as Oscar Mingueza said, had taken their foot off the gas pedal, but he did not want to stop, and if not for a bit of poor decision making in the final third, could have had a goal to

Culés were sure of one thing: Dembele, the real one, arrived in Barcelona. His fans could not be more ecstatic while his doubters are now second-guessing themselves.

4 goals, 2 assists in 6 starts – incredible start to the season for Dembele. (Photo by Marco BERTORELLO/Getty)

At first glance, though, it is safe to say he is a far way from becoming one of the main-man for Barcelona. He might, be, however, in a transition phase. After being dropped for important games like the one against Sevilla and then El Clasico, Dembele was given starts against Juventus and Atletico Madrid and was a standout performer in both games.

Dembele, the human being, is an enigma. Once a trouble-maker, he now looks like the most professional athlete at the club. On the pitch, however, the French international has next to never disappointed. He is still far from the player he was supposed to replace – Neymar -, but is on the right path.

Moreover, the Frenchman has worked on several aspects of his game, improving his footwork, shooting, and off the ball runs. Quicker, more confident and, most importantly, more vocal, Dembele seems done with his introverted way of playing.

Dembele took five shots during the game, more than any other player and even his best tally of the season. His xG, excluding the penalty, however, was 0.13. It may seem low, but it shows how confident the winger has become, attempting shots from difficult situations, and coming close to scoring often.

Also, had he not passed to Francisco Trincao or Riqui Puig in front of goal, he could have scored a hat-trick. However, the captain on the night wanted two fringe players to get their first goal of the year.

The thrill of the chase

After a few months without any physical problems, Dembele suffered a hamstring strain as Barcelona fell to defeat against Cadiz. This time, he is only out for two weeks, but it still seems like his club cannot fully count on him.

Sure, he started the season in good form, but his recurring injuries always were a worry for the Culés. Obviously, Dembele offers a lot on the pitch, but if it is not sustainable, how can Barcelona trust him?

Dembele has been hamstrung by his injuries at Barcelone, literally and figuratively. (Photo by JOSEP LAGO/Getty)

He always had the potential to star for Barcelona. However, Dembele must now reflect on his career, and with a year and a half left on his deal, talks of a contract extension could hit a roadblock.

It is an unfortunate conclusion to draw from a player’s luck with recurring setbacks, especially when he was so close to becoming one of the main men in a squad that is crying for his style of play.

Still, Culés must understand that this injury is not a long-term one. Dembele has recovered from much worse, and he is now immune to doubting himself because of such horrible events. He will miss huge fixtures, such as the one against Juventus or Real Sociedad, but his season is far from over. He started it well and has to find his feet after coming back.

It will also be a challenge for his coach. Ronald Koeman managed Dembele really well thus far in the season. The Dutchman did not rush him and utilised him in the best way possible when needed. However, the 57-year-old has been subject to poor decisions throughout the season, the treatment of Riqui Puig, Carles Aleña, and Pedri staring as examples.

If this injury proves to be the final straw for Koeman, Dembele could be transfer-listed in January to make way for Memphis Depay. As unjustified as it seems, it is a real possibility, and the €105 million signing will never succeed at his beloved club.

Dembele can write an incredible story at Barcelona, but needs even more time. (Photo by GABRIEL BOUYS/Getty)

For Dembele to turn his tragedy into a success story, it would take a mammoth turnaround. However, the fans have given him many chances, and while he has impressed on the pitch, his consistency in terms of staying fit has to improve. He has a few months to prove his worth and continue his promising campaign. Hopefully, he can become the player he once was at Rennes and Dortmund.

A 2-week absence is nothing compared to a whole season. If he can stay fit for most of the year, there will be next to no mention of this injury and his place amongst the big boys will not be jeopardised. That is only if his history with injuries leaves him alone, and that is a huge if.