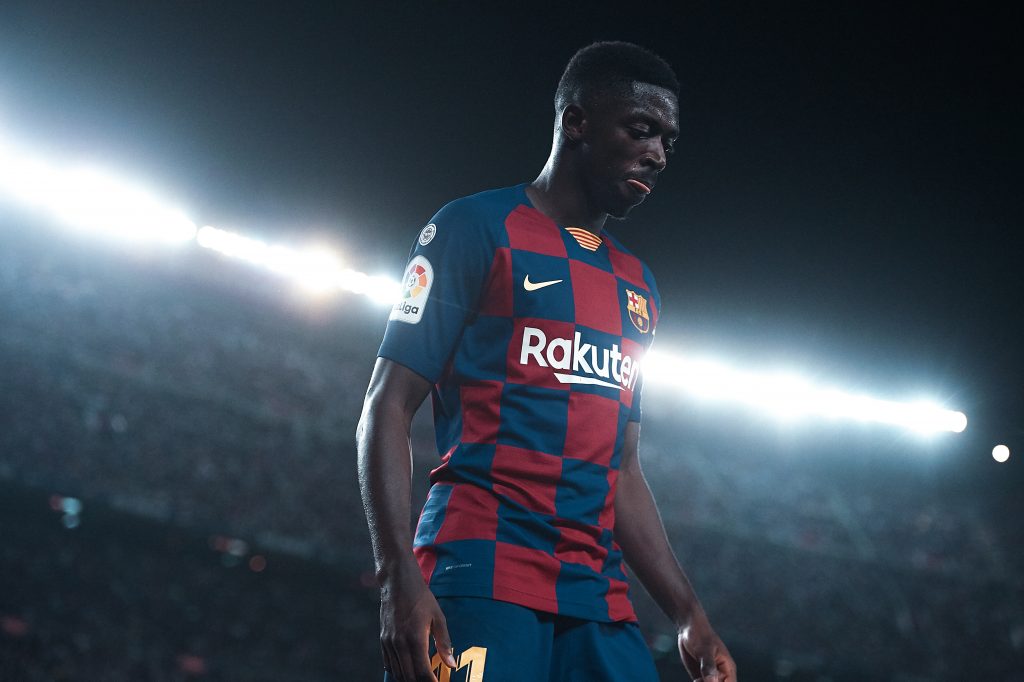 After three frustrating seasons, 22-year-old Ousmane Dembélé is still considered a hot prospect, but only if Barcelona can use him properly.

Pace, skills, age and potential. Everything that Mbappé has which makes him one of the best players in the world. Yet his French compatriot Dembélé has failed to impress regularly despite possessing the same qualities. After having an explosive first season at Dortmund with 10 goals and 20 assists in 54 appearances, Ousmane was one of the hottest young prospects in world football. On losing Neymar to PSG, Barcelona swooped in, buying Dembélé for around 145 million euros.

When he arrived to La Liga, there were big expectations on the youngster, with him being the hopeful successor to Neymar after the blaugranas failed to sign Coutinho in the summer of 2017. He impressed in his debut, assisting Suárez the 5th goal against Espanyol. But it was in his first start as a Barça player that problems began. He injured his hamstring for the first time. This kicked off a long and painful spell of injuries to his hamstring, with the latest suffered in February, ruling him out for 6 months. He will have missed around 506 days of his Barcelona career by the time he recovers from his latest injury. That is 61 plus whatever number of games he misses after lockdown ends.

Does Dembélé still have time to develop into the player everyone expected him to become? | Photo by Aitor Alcalde via Getty Images

Such levels of injury have prevented him from developing himself and from showing his best abilities. The constant fitness problems have prevented him from reaching his best, constantly interrupting him just when he was starting to play well. But whenever he played, he showed glimpses of what he could offer to Barcelona. The solo goal against Tottenham perfectly sums up what Dembélé provides. Although he hasn’t matured yet, time and again he injected much-needed pace into an ageing Barcelona side, offering a completely different and amazing attacking option to Valverde and Setién. He formed a formidable partnership with Semedo, both offering pace and skills. But his most prized ability was his lack of a weak foot. The fact that he has scored 18 goals with his right foot and 16 goals with his left says it all. All one needs to do is to see his interview to understand that even he is unclear on which is his strong foot!

This made him an incredibly versatile player, with him being available to play on both flanks. But it wasn’t just injuries that made Dembélé a headache for the Barcelona board. It was also his attitude problems. He was often late to training, played video games late into the night, had parties with friends and even missed training unannounced due to a stomach bug. His disrespect for club rules often overshadowed his performances with him even losing his place in the starting eleven.

❛ Dembélé’s injury was totally unexpected and really hindered our progress. Dembélé is a great player. We count on him ❜

Dembélé is an amazing player with incredible potential. But even after 3 seasons, he hasn’t proven himself to be worth his price tag. His constant injuries and the bad attitude on top have plagued his stay at Catalonia. At full fitness, the Frenchman is one of Setién’s best assets with him offering something to Barcelona that they are in desperate need of. But at the same time his attitude problems and injury issues make the decision of whether to sell him easy for the board. Neymar’s pursuit of a return to the Camp Nou further puts Ousmane’s career as a Barcelona player into question.

But, even with all of this, perhaps he deserves another chance. A player of his potential could prove extremely useful to Barça. Setién has also expressed his admiration for Dembélé and what he offers. The major surgery and the rest he gains from the lockdown might finally give him time to recover properly from his injuries. It might also give him time to take a look back and finally change his attitude with his career at the top of football in jeopardy. As unique as he may be, buying Neymar is an extremely expensive move that the culés cannot afford right now. If instead they could develop Ousmane, Barcelona would be on track for a comeback into their former glory. With his skillset and ability, the right attitude and some luck when it comes to injuries, Dembélé could certainly become one of the world’s best.