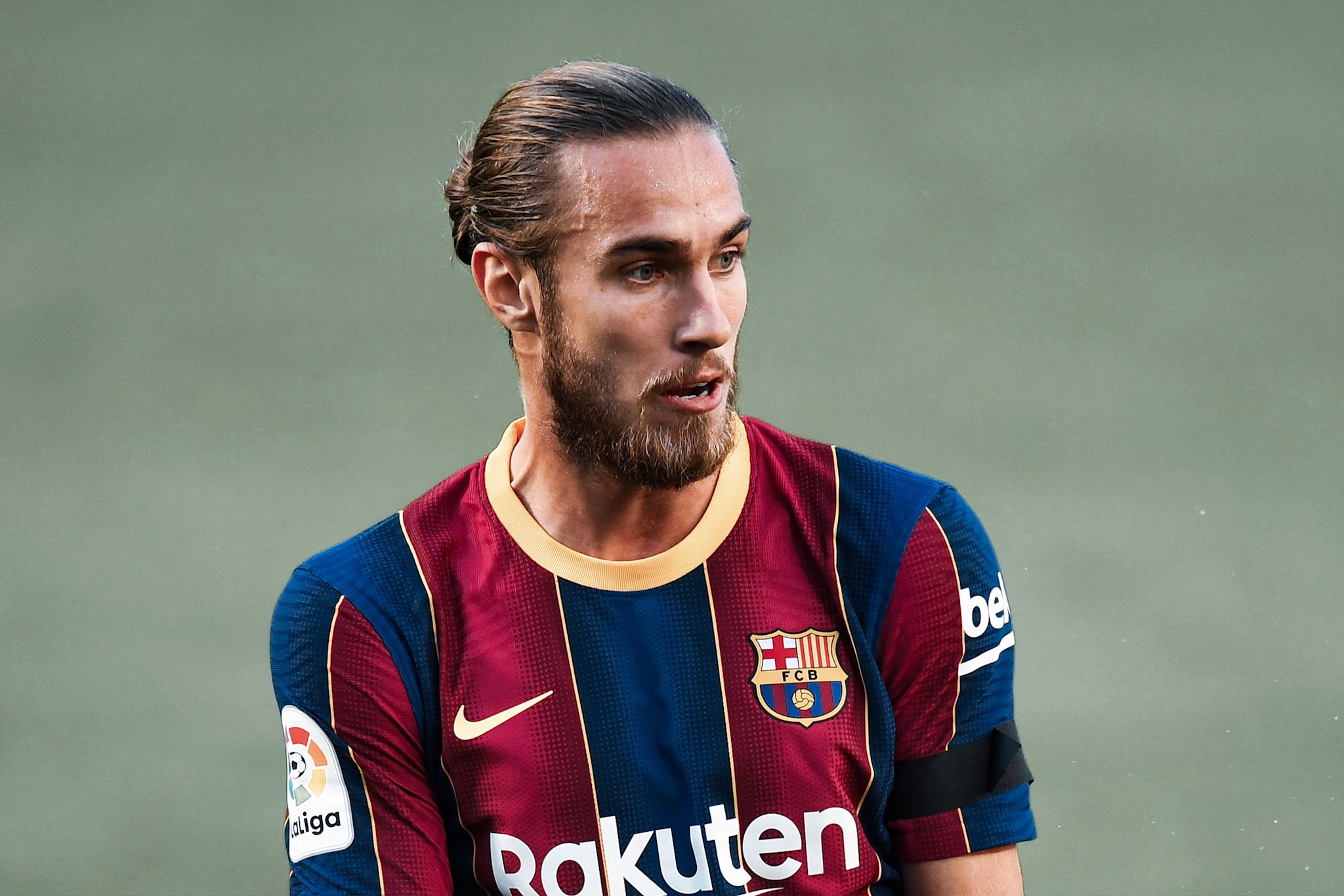 As the referee blew for full time on Wednesday against Ferencvaros, there was a sense of pride with a slight tinge of surprise. Three clean sheets in three games since the sore 1-0 loss to title challenger’s Atletico de Madrid, and 10 goals scored. 21-year-old Oscar Mingueza has been at the very centre of this run.

There was one question on many Blaugrana minds — why was this youngster kept on the periphery all this while? Lebanese writer Kahlil Gibran once said, “Perhaps time’s definition of coal is a diamond.” It is this very thought that is to be kept in mind with Mingueza.

Born in Santa Perpetua de Mogoda, Mingueza has always been close to Barcelona and has been a lifelong fan. He has represented Barcelona right from the U7 teams to the Barcelona B team, and only recently, the senior team — something only Marti Riverola, Carles Aleña, and Sergi Samper have done before him.

Having seen the tall youngster play over the last few games, it would be astonishing for anyone to know that he has never represented Spain at any level. Sometimes the talent is very natural and obvious, think Riqui Puig, Ansu Fati, or Ilaix Moriba, whose names have been doing the rounds for a couple of years now. But on rare occasions, a diamond is born out of pressure and necessity and not out of luxury.

Mingueza displayed maturity beyond his years as he dawned the Barcelona colours for the senior team for the first time. (Photo by Attila Kisbenedek/Getty)

When Gerard Pique’s injury news came to the fore, it arrived with a sense of disdain, given the lack of options in the first team. It meant Ronald Koeman would have to look towards the academy for a youngster to fill in or play a senior squad player, probably Frenkie de Jong, out of position.

Koeman going for the former option is no surprise considering his trust in youngsters like Pedri and Fati paying off so far and his insistence on playing de Jong in his natural role. So it was out of absolute necessity that the Dutchman looked towards Barcelona B’s Oscar Mingueza: a player that wasn’t really touched upon as one of the La Masia graduates to make a mark this season.

While many eyes looked towards potential centre-backs to sign in the January window, Oscar Mingueza clearly had no intention to let the chance he finally got go to waste. On his debut, he put in a man of the match performance against Dynamo Kyiv. The youngster made one blocked shot, six interceptions and won 100% of all his duels. For further context, Gerard Pique blocked no shots, made one interception and won only 33% of his duels against the same opposition a week earlier.

Additionally, Mingueza possessed a big threat in the box from set-pieces, assisting Martin Braithwaite from one such corner. He looked confident and at ease, unafraid to try risky passes and switches over the top, and in spite of this he had a 92% pass accuracy.

His leadership qualities were very apparent, as he did not shy away from leading the line for the club, and was vocal throughout the process. While he was one of the four captains of Barcelona’s B side, it is still very commendable that he continued to assert himself and was vocal even alongside his senior teammates.

While his debut was excellent, fans still had doubts, which came back to haunt them when the youngster cost his team a goal against Cadiz. However, Mingueza kept his head above water for rest of the 40 minutes after that goal against Cadiz. He won five turnovers through pressures, and displayed his sublime ability on the ball, carrying it over 117 yards, as much as he did vs Dynamo Kyiv in 90 minutes.

Mingueza kept a level head after the mistake against Cadiz, and put in a shift in defence. (Photo via Imago)

Additionally, he took incentive when Barcelona attacked, going into the opposition penalty box on several occasions, and touching the ball seven times in the attacking third, of which two came from winning possession in that area.

His confidence seems to be unwavering and his aerial presence is something Barcelona would have missed with Pique out for long. He is not the quickest player but he makes up for it with his smart positioning, strength and physicality, making it difficult for opponents to win duels with him.

He does lose possession more often than senior centre-backs Clement Lenglet and Pique, losing possession 6 times a game on an average over three games, it is because he tries to be more aggressive with the ball, and does not look for safe passes unless necessary.

In his three matches, Mingueza averages five interceptions per game, 1.5 tackles per game and is averaging 2.5 duels won per game. His statistics and playing style is not unlike a certain Sergio Ramos, who he could potentially look towards as not just a rival but as someone who has made the Spanish and Real Madrid centre-back spot his own for more than a decade, all whilst being a very vocal expressive captain.

The sample size is, of course, petite, but the potential that Mingueza has presented in this duration is tremendous. Barcelona have long ached for a capable player who can step up in Pique’s stead, and in Mingueza, Koeman might have found something to work with.

Mingueza is of course not a guaranteed solution to Barcelona’s defensive issues — the edges are still jagged and sharp on this diamond, but time and experience can definitely smooth those out. It is time Barcelona rethinks its strategy and looks towards the ‘coals’ it has as potential diamonds.