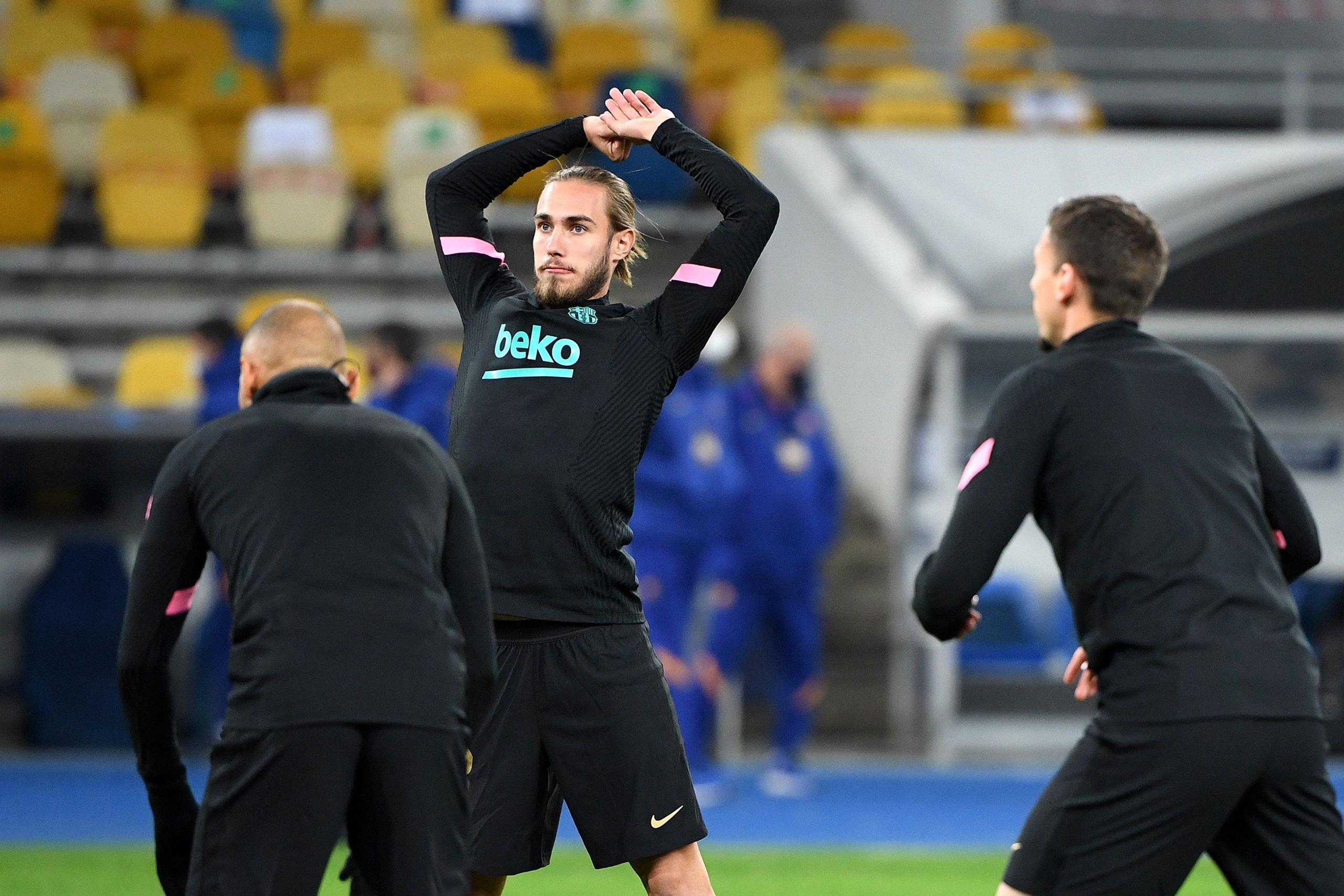 After Gerard Piqué’s horrible injury against Atlético on Saturday, many Culés wondered who could fill in for their tall centre-back. Oscar Mingueza, a youngster, had a perfect game against Dynamo Kyiv and recorded an assist and a clean sheet.

“I’m ecstatic. After all I’ve done and all I’ve gone through, making my Champions League debut with the best team in the world is a dream come true.”

The defender is one of the many La Masia graduates to have waited a long time for his debut with the team. His teammates Carles Aleña and Riqui Puig have waited for their chance with the Catalans for as long as Mingueza. At last, the three graduates had three impressive displays and might trouble the hierarchy at Camp Nou.

“When I saw my name in the starting eleven, I was very happy although I was nervous. I told my girlfriend and my family. It was very special.

Starting for Barça must be a superb feeling for any Culé. Oscar Mingueza’s sister, Ariadna, also commented on the situation. She is a midfielder for the Barça Femeni B.

“We had a good game. We allowed very little. They were tired in the second half, and it was obvious that we played good football with the ball and without the ball. Everyone congratulated me.”

Mingueza’s assessment of the game goes hand-in-hand with Ronald Koeman’s. The Catalans had a slow first half but then upped the tempo. They thrashed Dynamo Kyiv and went through to the round of 16. The goals now is to win against Osasuna this weekend.