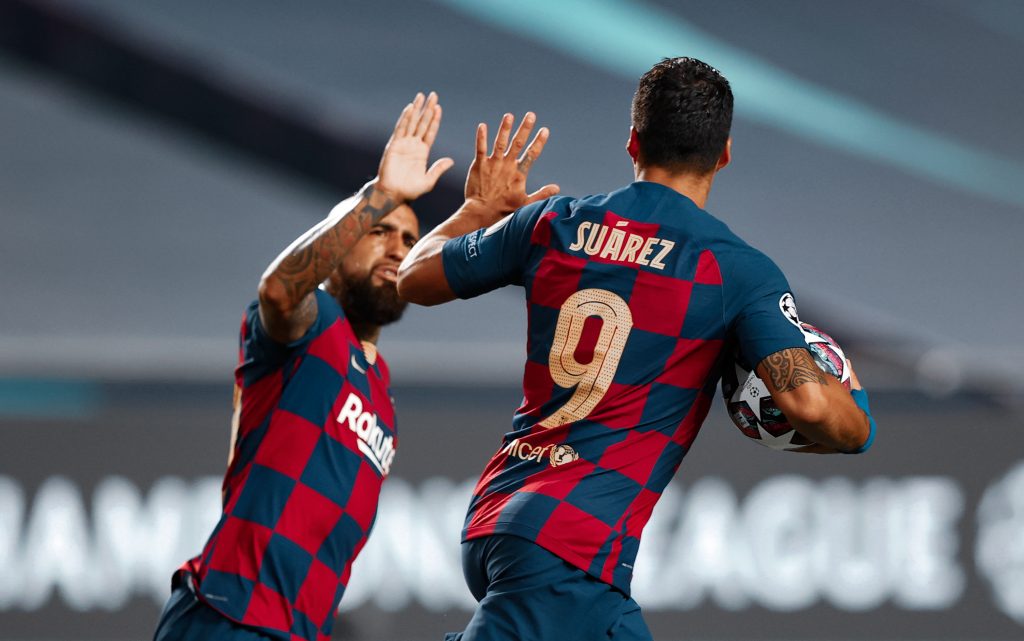 Barcelona’s 2019/20 has been abysmal and the squad needs an overhaul this summer. This series will be divided into three parts. First, the departures, then how should Barça rebuild and finally the signings ahead of hopefully better 20/21 season. This is not only based on the Bayern game, but the whole cataclysmic campaign.

Transfer windows are, for many, the most exciting time of the year. Teams begin to speculate, and some run to strengthen their squads while others have to offload to sell. Superclubs often scrap forgettable seasons and seek for the summer market to start anew.

Real Madrid showed it last season. Los Blancos‘ below-par 2018/19, where they finished third in the league, lost in the round of 16 of the Champions League and suffered a humiliating loss to Barça in the semi-finals of the Copa del Rey, woke up Florentino Perez. The club from the capital then went on a shopping spree in the summer, bringing big names like Eden Hazard and other necessities like Ferland Mendy without counting, something they afforded to do as their summer dealings in recent seasons weren’t that significant.

Barça‘s 2019/20 campaign was the worst in recent years. No trophies, one of the biggest humiliations in recent history and no good spots other than Riqui Puig and Ansu Fati. To change their ideas, the Catalans have to have a squad overhaul, even though the money isn’t flowing like in the capital.

How does the culés‘ squad look? Barça’s squad looks like a shambles. They went through an injury crisis, horrid runs of form and demoralisation in the past few months, and the old guard’s traumatising events have suffocated them, and they are at the point of no return. Weak minds, tired legs and despair reign at the Camp Nou, and the squad are in dire need of an overhaul. The money is scarce in Catalonia, and they must sell big to buy bigger.

Many players have been underperforming this year, but some of them still hold a somewhat significant value to sell and seek better buys elsewhere. As Arthur Melo is already gone, several other players should be susceptible to leave the club. Who are they?

Important note: this is an opinion piece and, understandably, you may not agree. The objective is to share one of the many different perspectives from the club’s fans and reason on such delicate topics.

Neto was a respected keeper at Valencia and Fiorentina, but he hasn’t hit the ground running at the Camp Nou since joining in a swap deal with Jasper Cillessen last summer. The Brazilian has played one La Liga game since joining, and his performance in the Supercopa earlier in January was below-par. His value could still bring a much-needed 10 to 15 million euros, and it would make sense to sell him to a team where he could showcase his talent. He would free up more than 3.5 million euros in wages, which is essential for Barça.

Samuel Umtiti‘s performance against Celta de Vigo probably cost Barça the league, and his umpteenth injury is, undoubtedly, the final nail in the coffin for him. His blaugrana career is nearing an end, and Barcelona will most definitely cash in on the World Cup winner, who sacrificed his health to be a world champion in 2018. Again, he could get Barça 10 to 15 million euros, but his salary is considerably higher than Neto’s. He earns 12 million euros right now and offloading such a massive amount of money would relieve Barça from a lot of burdens.

Ever since Dani Alves’ departure, Barcelona have been trying to fill the position of right-back vividly. When they signed Nélson Semedo from Benfica, they were sure he would develop in one of the greatest right-backs on the planet. Despite showing improvements under Quique Setién, he should move on from his Catalan home to find a new one.

The game against Bayern was a night to forget for Barça but, in particular, for Nélson Semedo | Photo by Manu Fernández / Pool / AFP via Getty Images

Luckily for Barça, he holds more value than Umtiti and Neto, and he could make them some profit, selling for approximately 30 to 40 million euros in this market. Rumours were stating that Manchester City were interested in him this summer, and selling him there would be best for all parties.

Jordi Alba’s decline looks closer and closer by the day, but the La Masía graduate still has something to offer for Barça, even as a back-up. His back-up this course, Junior Firpo, hasn’t been good enough and rumours have thrown him in the Lautaro Martínez deal to sweeten the fee. Earlier in June, Real Betis were thought to be interested in their former left-back, and it looks like he is most definitely leaving Barcelona after one disappointing season. He would bring in around ten million or sweeten Lautaro’s fee.

Arturo Vidal has done not much wrong since coming to Barça for less than 20 million in 2018. Some would even go as far as saying that he has done brilliantly, and that wouldn’t be wrong. However, as the Chilean enters the last year of his contract, he is getting older. At 33, it wouldn’t be crazy to question if the warrior could still play as intensely as he is used to doing.

Inter Milan are thought to be highly interested in the midfielder, and relieving Barça from that 9 million euros of salary would do a world of good for them. He wouldn’t bring much money, just enough to balance the books, but his sale should be more than a possibility at this stage of his career, and the interest he possesses is palpable. His big mouth did not match his performance against Bayern and his age must be a sign for him to leave early.

Barcelona’s midfield has been weak and inconsistent this year, and more than one player will have to be replaced in order to get back to normal in Catalonia. Rakitić, per Mundo Deportivo, could return to Sevilla, and after six years at Camp Nou, he would deserve a send-off, although he hasn’t been playing well enough in the past few years. His price tag is set at only 10 million euros, which is understandable, but he would free up so much wage as he is one of the top earners at the club.

Sergi Roberto is an intelligent player with questionable footballing ability. In his breakthrough seasons at Camp Nou, he was known as a great versatile player who would do a job against Almería or Real Madrid. Today, after the Roma, Anfield and Bayern debacles in which he has all started, Sergi doesn’t deserve to be a Barça starter. He might be intelligent and versatile, but he has some lack of concentration as in the second goal of Friday’s game that cost a qualification. Pep Guardiola’s Manchester City are interested in him, so a cool 30 to 40 million could come with his departure.

Barça’s biggest mistake. Philippe Coutinho, the club’s most expensive signing in history, never settled in the azulgranas‘ positional play and 4–3–3. Once his season with Bayern is over, he will come back from a okay-ish season with the Bavarians. His two goals and an assist performance against Barcelona in the Champions League will make him more valuable. Along with his extremely high wages, he would bring in a really large sum of money, ideally for a sum around 100 million. Barcelona would still make a loss on him, but at least they would have some money to work around with this summer.

Luis Suárez is a Barcelona legend, but he’s one of the main problems of this squad. At 33, the striker is no longer able to move, run and strike the ball like in 2015. The Uruguayan’s performances have been poor, even if he has covered them with a few goals here and there. Suárez has to leave before it is too late. He wouldn’t bring much money due to his age, but, again, his wages are astronomical.

Martin Braithwaite‘s Barcelona story is a sad one. As he was taken from lowly Leganés because of injuries in the Catalans’ side, lockdown came. He came back, played decently but had to make way for the untouchable Suárez, who was returning from injury. He was out of his depth at Barcelona and he has to go. He isn’t valuable enough to make a massive profit on him, but it could still bring 18 to 20 million euros into the picture.