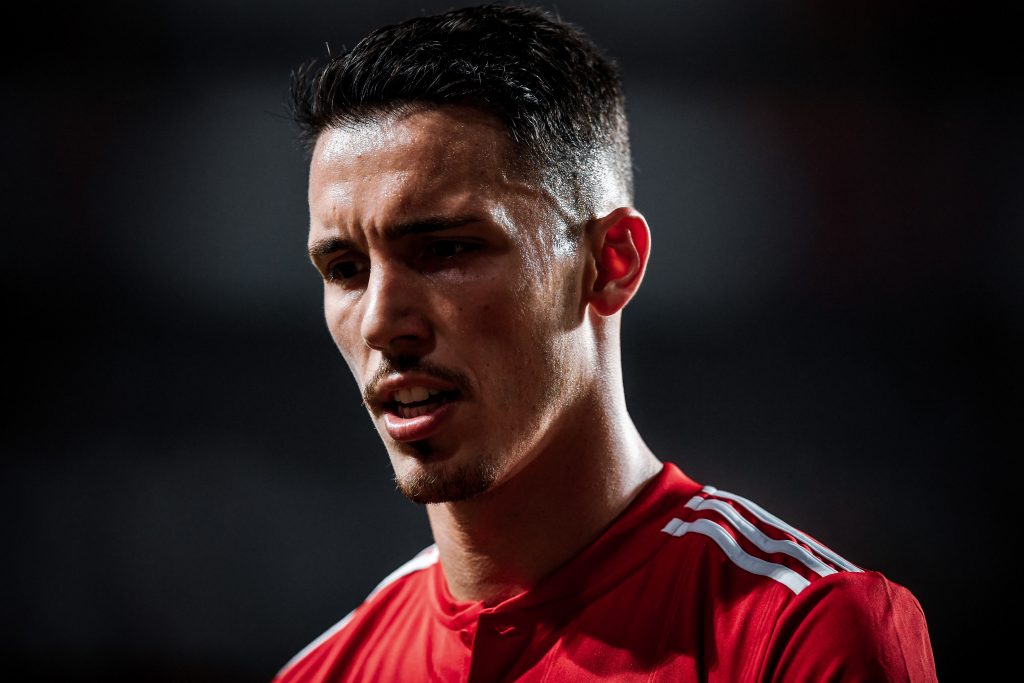 It has been a rumours-packed couple of days regarding exits and appointments at Barça, but now it is time to review how can the club rebuild the squad with arrivals for the new 20/21 season.

The final arc of the summer transfer window is here. After discussing the many departures and areas of work for Barça in this transfer window ahead of the 20/21 season, it’s time to review the arrivals, because there are many. A little disclaimer before delving into the arrivals: a promotion can count as an arrival as players with no first team contract are just fillers for the Champions League squads usually.

After losing money over the years, this is the board’s last chance to impress, and the clearout should come with replacements. The potential money they are getting accompanied the many points of interrogation that come with them make this transfer window one of the most essential in Barcelona history. It’s do or die for the 20/21 season, which should be labelled as the calm before the storm, so these are the writer’s chosen arrivals:

Important note: this is an opinion piece and, understandably, you may not agree. The objective is to share one of the many different perspectives from the club’s fans and reason on such delicate topics.

The back-up goalkeeper position is made redundant by Marc-André ter Stegen’s prowesses all season long. Jasper Cillessen left because the German was so good during his time at Camp Nou. Neto, the former Valencia goalkeeper, played a handful of games at Barcelona and could free up wages in the process of him leaving.

Iñaki Peña, a young and talented keeper, could learn from Ter Stegen as he would be happy to sign a contract with the first team to sit on the bench, at least for the first few years. Promoting Peña for free would be a tremendous financial move, but also it would mean Barça bet on their youth, for once.

Pep Guardiola’s Manchester City has underwhelmed more than one this year. They played pretty football but lost embarrassingly in the Premier League, the FA Cup and, more importantly, the Champions League. Last summer, they had added some quality to back their centurions up. João Cancelo came in a swap deal for Danilo to play second fiddle to Kyle Walker. After a couple of great seasons at Valencia, he went to Juve and made them a beast when going on the right flank.

Also able to play on the left, Cancelo is basically Nélson Semedo but with the tremendous footballing ability and defending prowess that matches his attacking incentives. At Juve, he played as a wing-back, with a back three behind him, but he did play in four-man defences at Valencia, where he excelled and impressed many people. If Semedo goes the opposite way, it could work out as an Arthur Melo – Miralem Pjanić situation without all the drama, as selling Semedo is justified. Cancelo would cost nearly 40 million, but he’s a much-needed addition as a right-back.

Moussa Wagué‘s loan at Nice was a disappointment, but he can do a job as a back-up on the right. Less tactically aware, Wagué is an explosive full-back who can break defences with his blistering pace. The Senegalese defender should thank COVID–19 as Nice didn’t have the funds to make his transfer a permanent one. As a back-up, Wagué could learn and could still be shipped on if he ever disappoints. A true low risk, high reward situation.

Eric García is everything Barcelona need this summer. A young, confident, right-footed centre-back with an eye for a pass is definitely Gerard Piqué’s replacement. The legendary defender offered to take a step back after the Bayern game and giving Eric some game time would do him a world of good. At one year of the end of his contract with City, Eric García would come as a cheap-ish signing at around 15 or 20 million euros. He could be a starter from the beginning and grow a lot at his boyhood club while learning from the calibre of centre-backs available to him. A great individual with a great mentality, García is the perfect signing to replace an ageing Piqué.

“The first one to volunteer will be me, if new blood has to come in and change this dynamic I will be the first to go, to step aside”

For the left centre-back position, Barça have a few options, but they shouldn’t take Clément Lenglet out of the picture. The Frenchman has to a starter as he has been great since joining two years ago from Sevilla. Pau Torres rumours came around, but the Villarreal academy centre-back is too good to be a back-up and also costly to stay on the bench for the majority of the year. What Barça need is a centre-back willing to put a shift in whenever he is called upon, and that’s not often.

Promoting Ronald Araújo, who has shown a lot of promises in limited minutes at Camp Nou, would do a world of good for the defence and the finances. A composed defender, Araújo still has a lot to learn, and he could do it in Lenglet’s shadow, or play in his natural right side.

A bit of a Paul Pogba scenario with Manchester united should happen at Barça. Alejandro Grimaldo was one of the most promising La Masía gems before he left for Benfica. As he turns 25 in September, Grimaldo is entering his prime, and he shouldn’t stay in the Portuguese league for his whole career.

Among their arrivals, Barça need a left-back that can compete with Jordi Alba for the starting spot in the 20/21 season while succeeding him in the future | Photo by Patricia de Melo Moreira / AFP via Getty Images

Barcelona should be all over Grimaldo’s comeback as he would solve so many problems in defence, problems that Jordi Alba papered over for eight years. Grimaldo is an enthusiastic left-back with an eye for a pass and who could turn a lot of heads. He would cost around 40 million euros, the fee of a proven threat on the left of the defence.

Mikel Merino is a well-known name across Europe. The Real Sociedad midfielder is one of the best in the business in Spain, playing astonishingly well for the Basque side even if he didn’t get the recognition Mikel Oyarzabal or Martin Ødegaard got for a stupendous season at Anoeta. Barça should be all over Merino. He can strike from range, play a long ball or control the midfield superbly. Comfortable on the side of a three-man midfield or as a more attacking option, he offers various options in a team that didn’t have a back-up plan this season. He wouldn’t cost a lot, just the right price for a controlling midfielder who would offer depth and quality for the next decade.

There aren’t any arguments to be had here: Riqui Puig has to get promoted because he has been the best Catalan midfielder this year despite still having a B-team contract. Riqui Puig as a senior member of the team is not official, but it will be.

Just like Riqui Puig, Carles Aleñá playing with the first team is a must. Real Betis wanted to get Aleñá back on loan for another year, but the board refused. Let’s hope it’s for the greater good this time.

Moussa Dembélé is one of the strikers with the most growth in the past few years. From PSG’s youth team to Lyon passing by Fulham and Celtic, Dembélé had to learn the hard way to become one of Europe’s most promising forwards. Not pacy enough to be a lone striker, he still has the capacity to bend it in whenever he wishes.

Moussa Dembélé, centre, stunned Manchester City in the Champions League quarter-finals with two late goals after coming on as a substitute. Less talked about, he could be one of the valuable arrivals for Barça for the 20/21 season and future ones | Photo by Franck Fife / Pool via Getty Images

As Antoine Griezmann‘s partner, he would do a hell of a job on the counter or at the end of long build-ups where strikers need to be clinical. Barcelona’s main problem in the last few years was not finishing their chances. What would have happened if a striker was willing to run in Rome? What would have happened if a clinical striker finished one of the opportunities at Anfield? Now, yes the main problem against Bayern wasn’t finishing chances, but it is in most Barcelona debacles. Dembélé coming at the wake of his prime would be incredible for the next few years, and he wouldn’t cost as much as other world-class strikers.