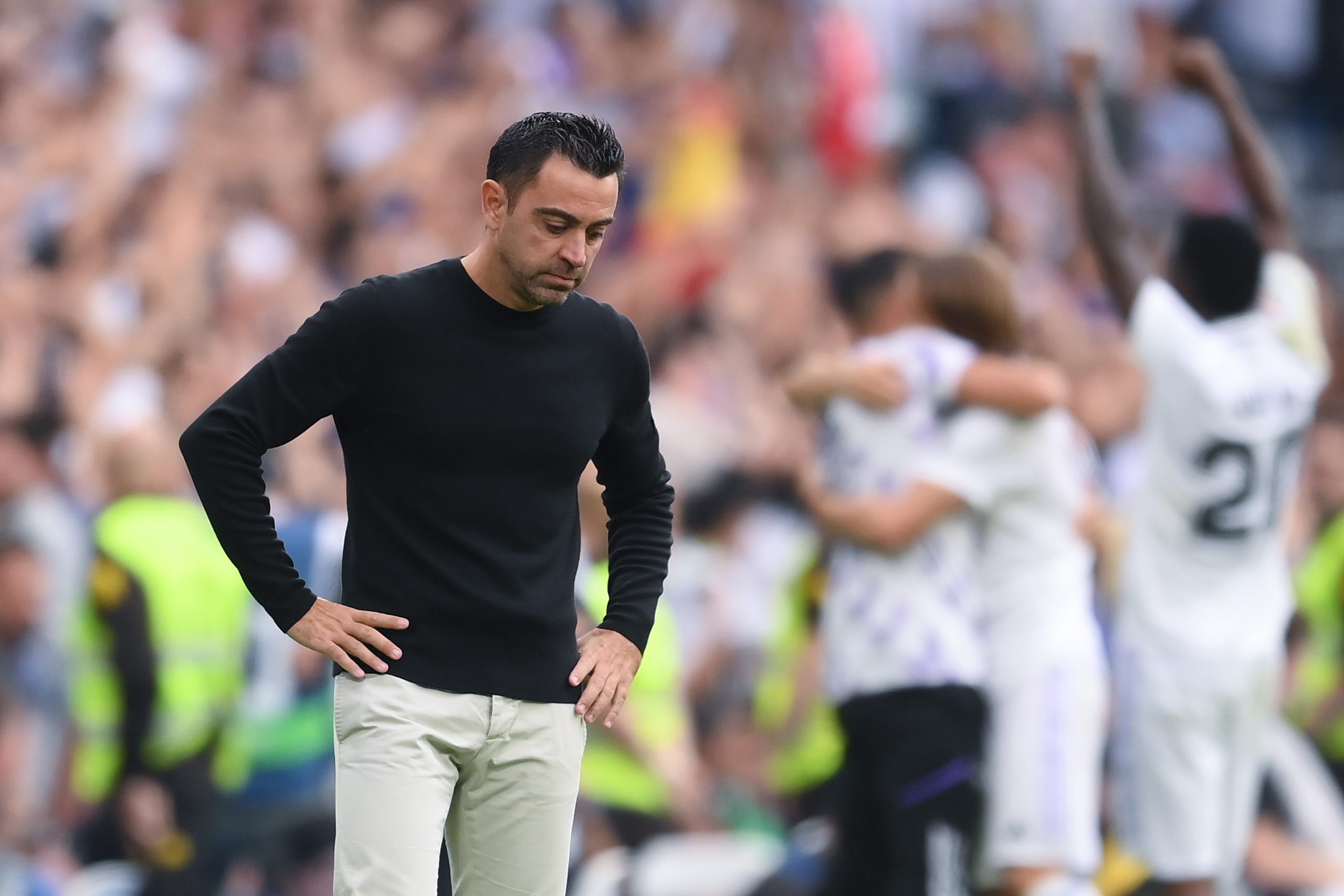 Barcelona have been having a very mixed season until now. Having made a number of reinforcements to make the squad competitive in the summer, huge things were expected from the Spanish giants.

However, it is safe to say that Xavi’s men have struggled to find their footing and have a lot of work to do.

Whilst the La Liga campaign has been relatively solid except for the disappointing loss to Real Madrid, the same cannot be said about the Champions League. Barcelona find themselves on the brink of elimination from the prestigious competition and no longer have fate in their own hands with regard to qualification to the next round.

One issue plaguing Xavi’s team throughout this season has been the significant drop-off in performance in the second half of games in comparison to the first half.

Barcelona start the game off on a positive note and show a lot of intensity but it all dies down as the game goes on.

With the exception of the games against Real Sociedad and Cadiz against whom Barcelona scored most of their goals in the second half, Xavi’s men have largely won most of their games this season owing to their performance in the first half.

On paper, it looks fairly even with Barcelona scoring 16 first-half goals and 16 second-half goals so far across all competitions this campaign, but the drop-off in performance has been there for everyone to see.

On the other hand, they have conceded five first-half goals in comparison to six second-half goals so far. Marc-Andre ter Stegen has been a large part of the reason as to why they have been able to keep the scales fairly even so far.

The second-half displays against Mallorca and Celta Vigo, for example, could have yielded a much worse result, for example.

Here, we try to take a look at a few reasons why we think Barcelona are suffering what we would like to call ‘The Second-Half Syndrome’:

There is a feeling that a sense of complacency kicks in amongst the Barcelona players when they take a comfortable lead in the first half. Xavi’s team do not come into the second-half of games with the same kind of intensity or passion that they show in the first half, and it could largely be put down to a mentality issue.

During Barcelona’s golden run under Pep Guardiola and later, Luis Enrique, teams that Xavi Hernandez himself has been an integral part of, the team never used to drop off irrespective of the scoreline and used to show the same intensity and passion from minute 1 to minute 90 of a game.

That is the kind of mentality that a side that aspires to win trophies on all fronts must have. Complacency has no place in football, and Xavi needs to make his team realise that there can be absolutely no drop-off in levels.

Barcelona play their best football when they press high, press as a team, play the game on a front foot and take the game to the opposition.

Sitting back and trying to see out a game has never been a Barcelona thing to do and Xavi must get this thought instilled in all his players.

This would make the team play better and with much more intensity in the second half and play fluent football like they so often do in the first half of games.

That Barcelona’s second-half woes started right after the injuries to arguably their two best defenders in, Ronald Araujo and Jules Kounde, is absolutely no coincidence. The duo held fort exceptionally well at the beginning of the campaign, but both of them got injured at the same time.

In their absence, the likes of Gerard Pique, Eric Garcia and Marcos Alonso tend to drop off during games and this provides a chance for the opposition to launch attack after attack.

Pique, especially, looks not up to the task, anymore. Fans caught a video him ‘casually’ warming up during the Villarreal game before being subbed on, causing a fair bit of outrage, and deservedly so.

The Celta Vigo game comes to mind, too, where the Sky Blues seemed like they would score a goal every single time they went forward in the second half and a make-shift central defence of Alonso and Pique were only bailed out by the heroics of ter Stegen in that game.

There can be absolutely no drop-off in concentration from the defence for the entirety of the game, and the return of Jules Kounde is likely to help Barcelona a lot with respect to this regard. Barcelona should have learnt this after Anfield 2019 but it seems the ghosts of that game continue to haunt the team.

The fitness of Barcelona players has been under scrutiny for quite some time now. Under previous managers like Ernesto Valverde, Quique Setien and Ronald Koeman, Barcelona players have not been at the physical levels expected from a club of this stature.

This has meant that the Spanish giants have often been outplayed in big games where they have been unable to match their opponents in terms of fitness and training and have often had to turn to individual magic from a certain Argentinian magician.

Things have changed since the arrival of Xavi Hernandez, though. The training sessions have become more intense and much more importance is being given to the fitness levels of players. However, it could take some time for them to reach the levels expected of them.

This could be a reason for the significant drop-off in performance in the second halves, as the players are physically unable to show the same kind of intensity that they show in the first halves of games.

On the contrary, some players need to be managed much better than they are, so far. Gavi, at 18, has played every single game so far this season. He has had a plenty of injury scares, too, much like Pedri.

Franck Kessie and even Frenkie de Jong, on the other hand, should be receiving a lot more minutes than they are, at present. With so many varying profiles, Xavi does not have a lack of tactical solutions at hand, but needs to be riskier with regards to resting key players and looking for alternatives.

Is a work in progress and the physical level of players will only improve with time. The more that the players get used to Xavi’s rigorous training demands, the better we will start seeing them play out on the pitch.

Substitutions are a double-edged sword that seem to be working for and against Barcelona at the moment.

This is something that Xavi will have to ponder over. Throughout his time as the Barcelona manager, the Spanish tactician has shown a reluctance to make half-time substitutions with the exception of injuries and usually waits until the 60th minute to make his first changes in a game.

Even last night, against Villarreal, a game in which Barcelona bossed the first half but were rather clumsy in the second half as they saw their dominance reduce with time, Xavi did not make a change until the 70th minute.

Raphinha, for example, is routinely substituted out around the 60th mark, even if he is evidently playing well. It’s worryingly predictable, at this point.

With five substitutions being available for the manager, Xavi needs to be more proactive with his changes and make personnel adjustments when he feels that the team is not playing at the levels expected of them, even if it is early into the second half.

On the other hand, the fact that the opposition also gets to make five substitutions means that Barcelona are unable to tire out defences as they used to in the past. Fresher legs have meant that it is much more difficult to break down teams towards the end of games.

Barcelona will have to come up with new ways to find their way past opponents and put in better displays towards the end of the game. The substitution rule is what it is, and Xavi needs to try to maximize it in his favour and minimize the influence it has against him.