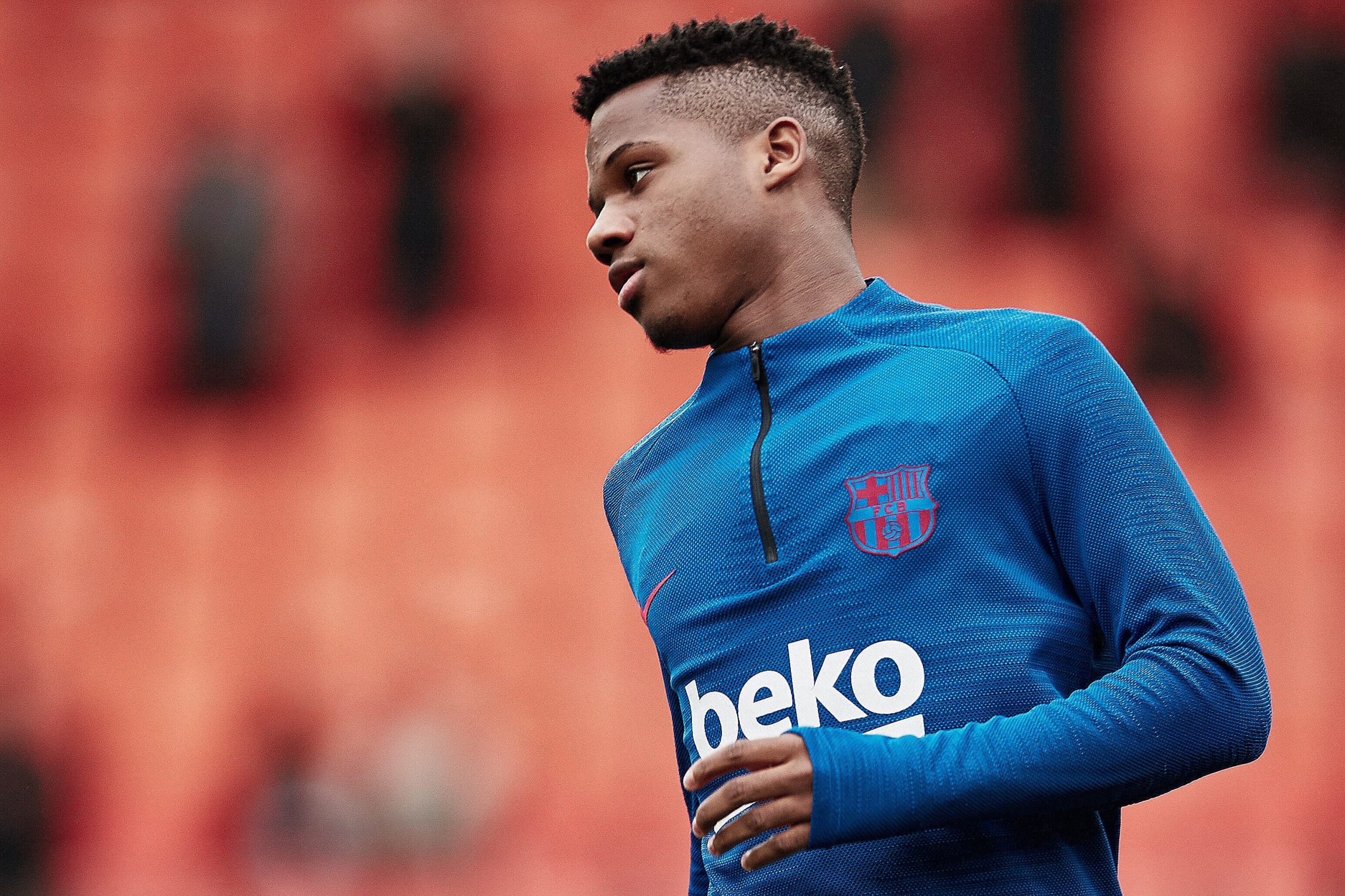 Ansu Fati is one of the most splendid youngsters in world football. Today marks the first anniversary of Ansu’s breakthrough game for Barça, his Man of the Match performance against Valencia in a 5-2 win.

Football is the most fantastic sport in the world. One just has to look at the number of great young players who have flourished recently at enormous clubs to understand how much passion goes into football really. The greatest clubs in the world have the most talented academies but, unfortunately, prefer to buy finished products. It happened with Barcelona’s “Galactico” era, where the Catalans bought many finished products only for them to turn out badly. Just look at Ousmane Dembélé’s horrific injury record or Philippe Coutinho’s flagrant sadness when he steps on the pitch for Barça. These transfers should have never happened, and surely not for the excessive fees they went for. Barcelona have a pool of talent from which they can pick, and they finally did, in the middle of a financial crisis at the club and the world.

A year ago, before the pandemic and the crisis, Barcelona had other problems, and the main one being an injury crisis decimating the club’s front line with Carles Perez and Antoine Griezmann being the only forwards available in the absence of Luis Suarez, Lionel Messi, and Dembélé through injury. Steps in Ansu Fati, the La Masia gem. At 16, Ansu Fati amazed everyone with a runaway victory over Valencia, which saw him score his second goal for his boyhood club and assist one for Frenkie De Jong’s first for Barça. That performance came a few weeks after he opened his goalscoring record for Barça against Osasuna at El Sadar, one of the harshest places to go in La Liga. Ansu Fati presented himself to the world and never looked back. What’s crazier is that he never played once for the B team, being astonishing in his first year with the senior team.

His 2019/20 season, a campaign of despair and humiliation for Barcelona, covered some of the worst performances a club like Barça could display. Whether it was his two goals against Levante, which made the youngest-ever player to score a brace in La Liga, or his insane first start for Spain a few weeks ago, that made everyone acknowledge just how much of an insane talent Ansu Fati is, the fact that he just signed a professional contract in a squad that has a fit Dembélé, Griezmann, Messi, Coutinho or Suarez is already an achievement on its own. Ansu Fati didn’t surprise many Culés with his Man of the Match performance for Spain because he did break records with Barça way before he did with Spain.

The youngest-ever scorer for Spain became Barça’s youngest-ever and La Liga’s third-youngest. After that, he became the youngest Champions League player ever, and his first-time effort against Inter propelled him into youngest-ever Champions League scorer in history. All that in three months. What Ansu Fati showed for Barça was way more than what he offered for Spain, but still, let’s not compare his performances because all he deserves is praise.

After a 19/20 campaign full of disillusion for Barça, Ansu might be the light at the end of the tunnel if nurtured in the best way possible. A winger with pace and a bit of hunger coming through his veins? Basically, everything Barça missed last year or ever since Pedro and Neymar left the sinking ship. Ansu Fati is the final jewel in the crown and the most resplendent one too. Under Ronald Koeman, who intends to use fast wingers like Dembélé and Fati, the Guinea-Bissau born winger will have his chance to impress rather than waiting for it on the bench as Quique Setién uses Arturo Vidal as a winger. Also, who knows, Ansu might become the new Lionel Messi, starting as a 16-year-old gem at Barça and making his boyhood club shine without ever leaving it.

Before getting the next Leo Messi shouts he deserves, Ansu Fati needs a manager that understands him and the use of pacey winger in a dominant team like Barcelona. Ansu is an inside forward and has so many things going around him, but he should be wary of the pressure Culés will put on his shoulders in the coming years, if not this year already.