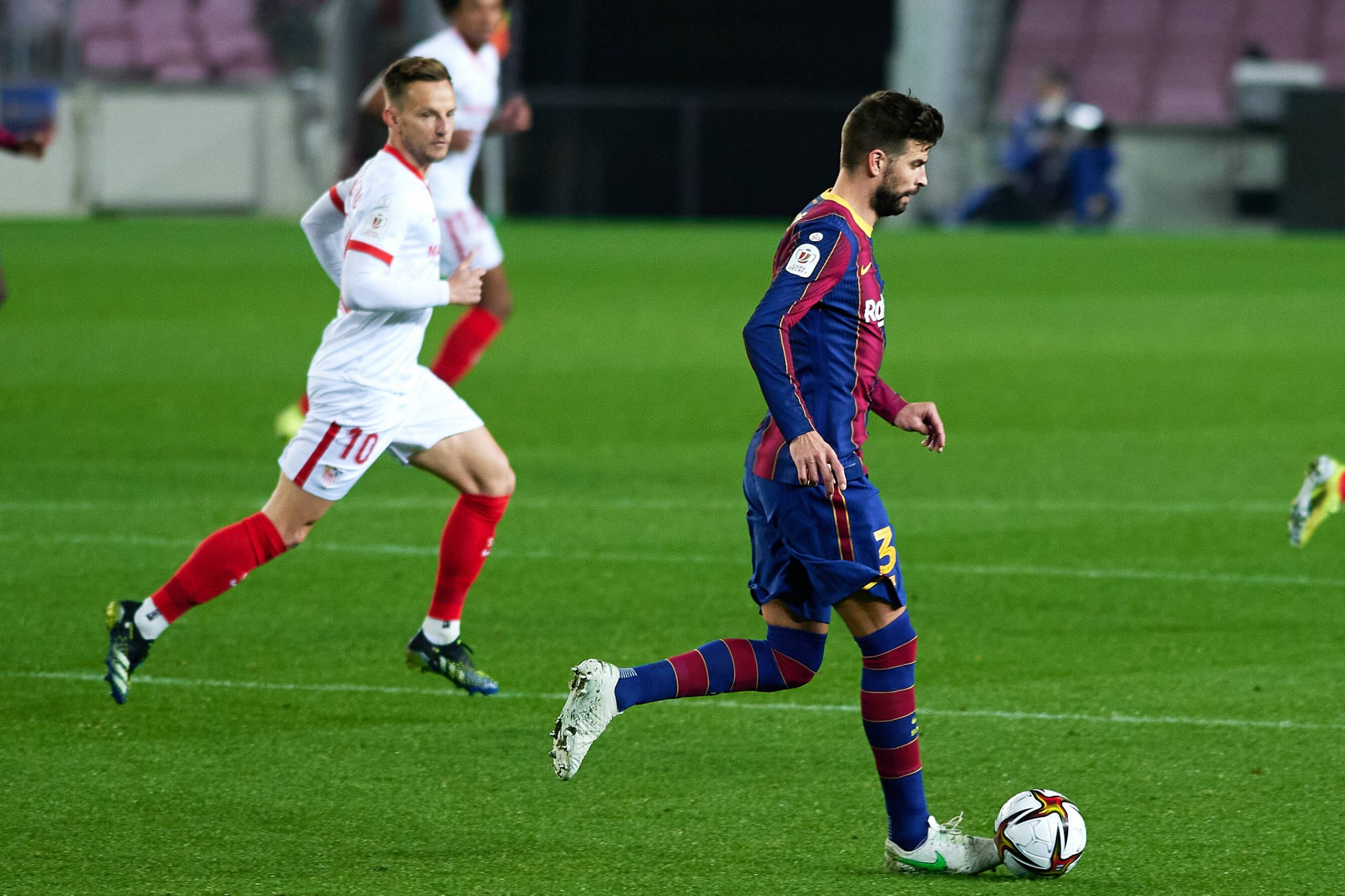 As as been tradition this season, things have been very binary this season for Barcelona. After a sensational victory against Sevilla led by none other than Gerard Pique, who scored the equaliser with the last touch of the ball in regulation time, the Spaniard has picked up an injury in his knee, as has been confirmed by Barcelona.

In an attempt to pass the ball backwards to Clement Lenglet in extra time, Pique took too much time on the ball, and turning his body in a sudden motion seems to have gone against him. He started to hobble instantly and had to be catered to by the medical staff. Interestingly enough, the 34-year-old asked Ronald Koeman to not make a substitution despite clearly not feeling well enough to play.

Pique had picked up an injury early on in the season against Atletico Madrid which scared Barcelona fans to their core. At 34, a knee injury that looked as bad as it did on the night, things could have gone south very quickly for the legendary defender. However, opting for conservative treatment as opposed to surgery, Pique recovered inside four months and made his first start since the Atleti game against Paris Saint-Germain.

Ideally, with the kind of form Oscar Mingueza is in, it would not have been a problem for Barcelona. Sadly, the team lacks another reliable defender beside the Barcelona B centre-half. Ronald Araujo has been perpetually injured this season, while Lenglet and Samuel Umtiti do not look robust enough to sustain pressure.

With Barcelona trailing 4-1 from the first leg against PSG, Pique would have been a crucial cog if the visitors could even dare to hope. As it stands, though, he is suspected to be out for three weeks, and will miss clashes against Osasuna, Paris Saint-Germain, Huesca, Real Sociedad, and probably even the game against Real Valladolid.