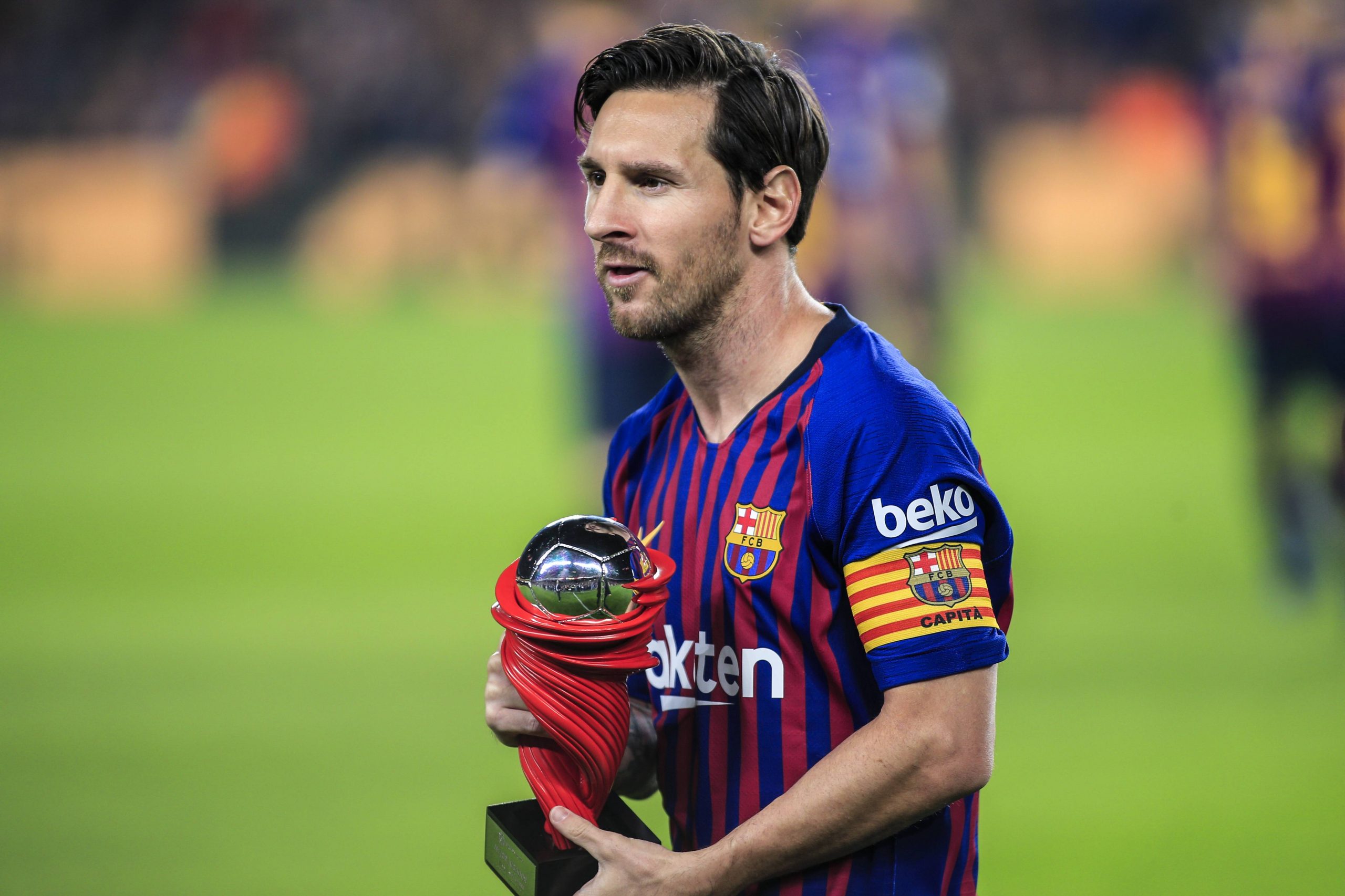 2021 has treated Barcelona very well. They have picked up more points this year alone than they did from September to December, even after the inclusion of more competitions, like the Spanish Super Cup. This charge has been led by none other than the GOAT – Lionel Messi. The Argentine has been rewarded for the same as he picks up the La Liga Player of the Month for February.

Messi was nominated alongside Real Madrid’s Thibaut Courtois, Real Sociedad’s Aleksander Isak, Real Betis’ Nabil Fekir, Levante’s Jose Luis Morales, Sevilla’s Yassine Bounou, and Athletic Bilbao’s Alek Berenguer for the award, but tipped each one of them to win it. This comes on the back of a sensational performance stretching across five games where he scored seven goals (including two braces), and two assists.

With this win, the six-time Ballon d’Or winner has extended his own records of the most wins, with eight such trophies to his name now. What is surprising, though, is that Messi did not win the first of his January 2016, almost two years after the award was introduced in the league (November 2013). It is also his first win in over a year, with the last of these trophies coming to him in November 2019.

❗Official — Leo Messi has been named La Liga Player of the Month for February! pic.twitter.com/uvF6w8tU7Z

In fact, no Barcelona player achieved this feat in 24 months despite winning the La Liga once by this time. Neymar was the first player from Barça to get his hands on the trophy for his remarkable form in November 2015.

Unsurprisingly, Luis Suarez has won the award four times himself, etching his name alongside his two partners in crime. His name is alongside Iago Aspas and Antoine Griezmann, sharing the runners up position in the pedestal for the second-most wins of the award. Sadly, the latter has not been able to mark any wins since joining Barcelona in 2019. Other than the incredible MSN, Ansu Fati is the only player from the Garnet and Blue to win the Player of the Month, sealing it for himself in September 2020.

Frenkie de Jong was within a real shout to win the award last month, but Youssef En-Nesyri’s incredible form for Sevilla could not be overlooked.