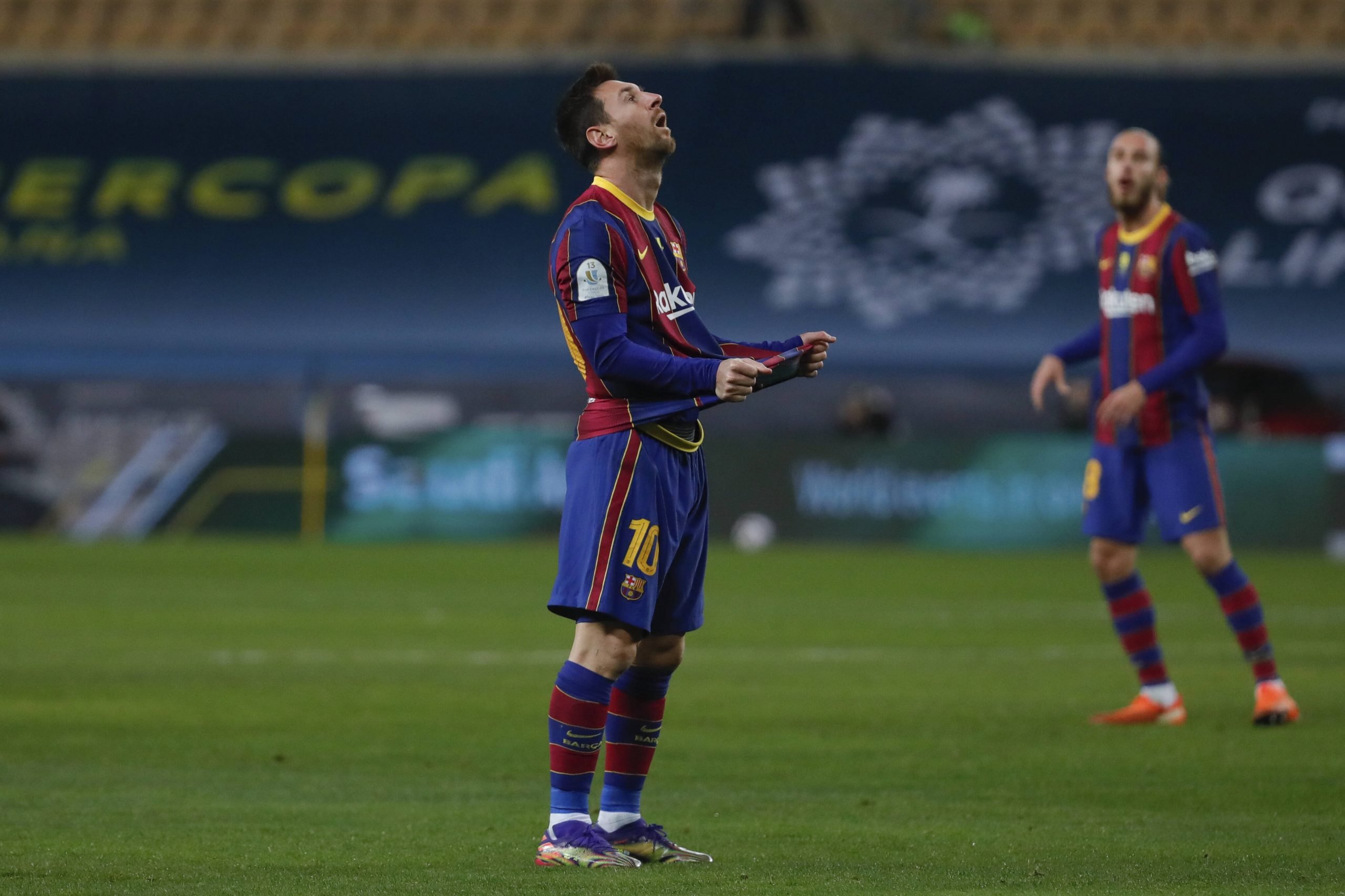 The loss against Athletic Bilbao in the Spanish Super Cup was eventful for a number of reasons. Not only did Barcelona fall to defeat in their second successive final – the last one coming against Valencia in the Copa del Rey in 2018 -, but it was also the first time Lionel Messi picked up a red card in his club career, after 753 matches with Barcelona.

After two days of suspense, the ruling on his red card, which came off an instance of violent conduct, is out – Messi will miss two matches for Barcelona. The first of which comes against UE Cornella in the Copa del Rey on Thursday, and then the La Liga clash against Elche on the weekend.

Messi can be called lucky to escape an extended period of suspension as the official ruling in Spain for a red card following violent conduct spans from four to 12 games.

His return? Against Athletic Bilbao on the 31st of January in the La Liga.

Reports suggest that Ronald Koeman is planning to leave out first-team regulars in the game against UE Cornella either way, which means that the six-time Ballon d’Or winner would have probably been left out of the squad in hope of giving him, and others some rest.

Riqui Puig, Konrad de la Fuente, Samuel Umtiti, Ilaix Moriba among others are in contention to start the game, while Antoine Griezmann, Ousmane Dembele, Frenkie de Jong are expected to start from the bench, if at all.

Elche, who sit 18th in the league will be giving their all at home against the Catalan giants in the hope of leaving the relegation zone. The likes of Griezmann, Dembele, and possibly Pedri will have to step up to the pedestal in the absence of their captain if they want to continue their unbeaten run in the La Liga.