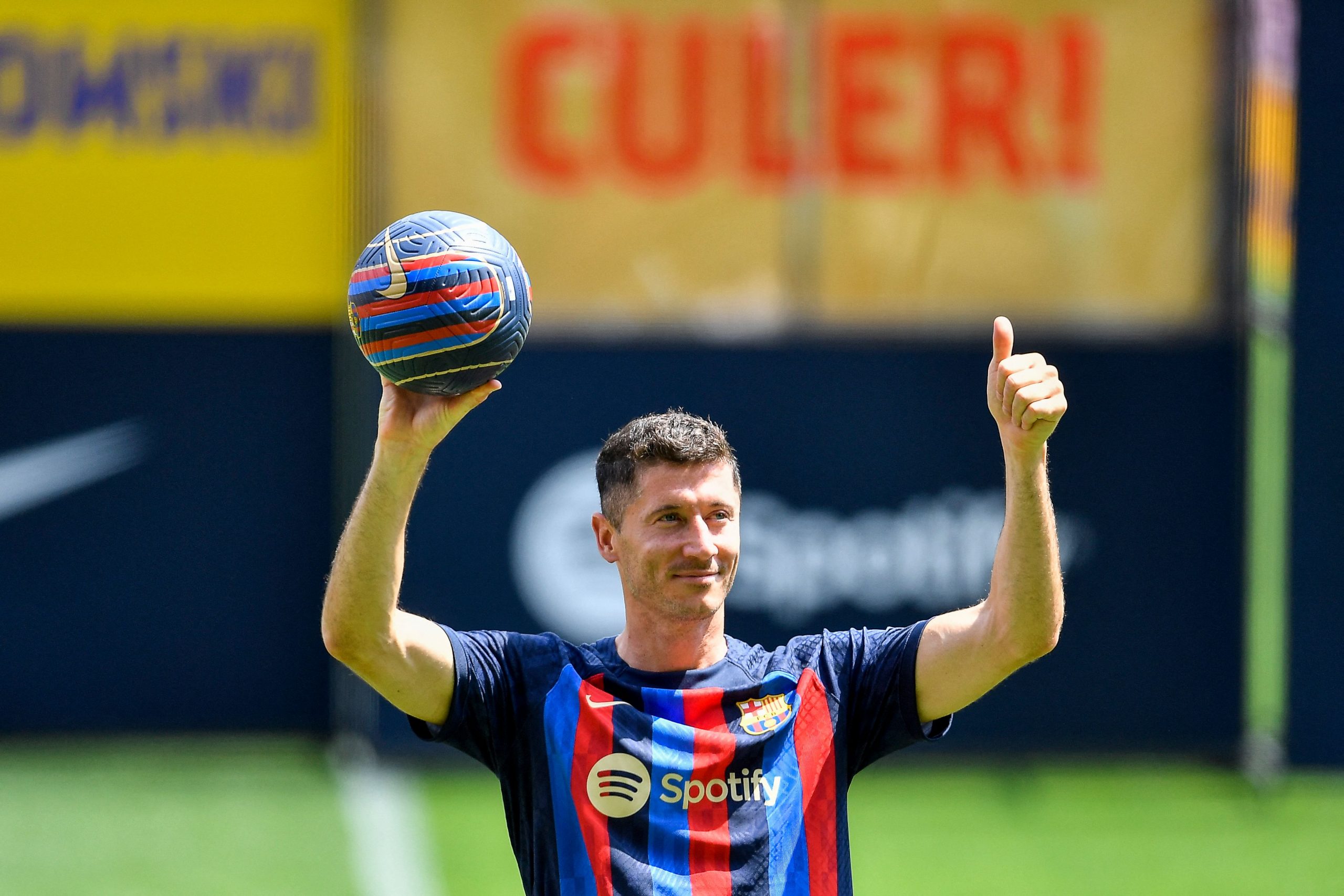 When Barcelona put up free tickets for his presentation, Robert Lewandowski was expected to break Zlatan Ibrahimovic’s record for the highest attendance during a Barcelona player presentation.

The Swede saw 60,000 at his presentation, etching his name forever in the club’s record books. 13 years down the line, Lewa had the chance to break this, but fell just short.

It was revealed during the presentation that 59,026 fans showed up at the Camp Nou for the ceremony.

It was also revealed during the presentation that Lewandowski will be wearing the #9 jersey for next season, officially stripping it away from Memphis Depay, who himself took it off Martin Braithwaite last season.

While there was some evident language barrier, Lewandowski’s incredible juggling technique and showboating kept the crowd entertained.

Coincidentally, he also recreated Zlatan’s chest control picture, which he did during his official presentation in 2009. Fans will hope that the transfer goes down much differently, though.