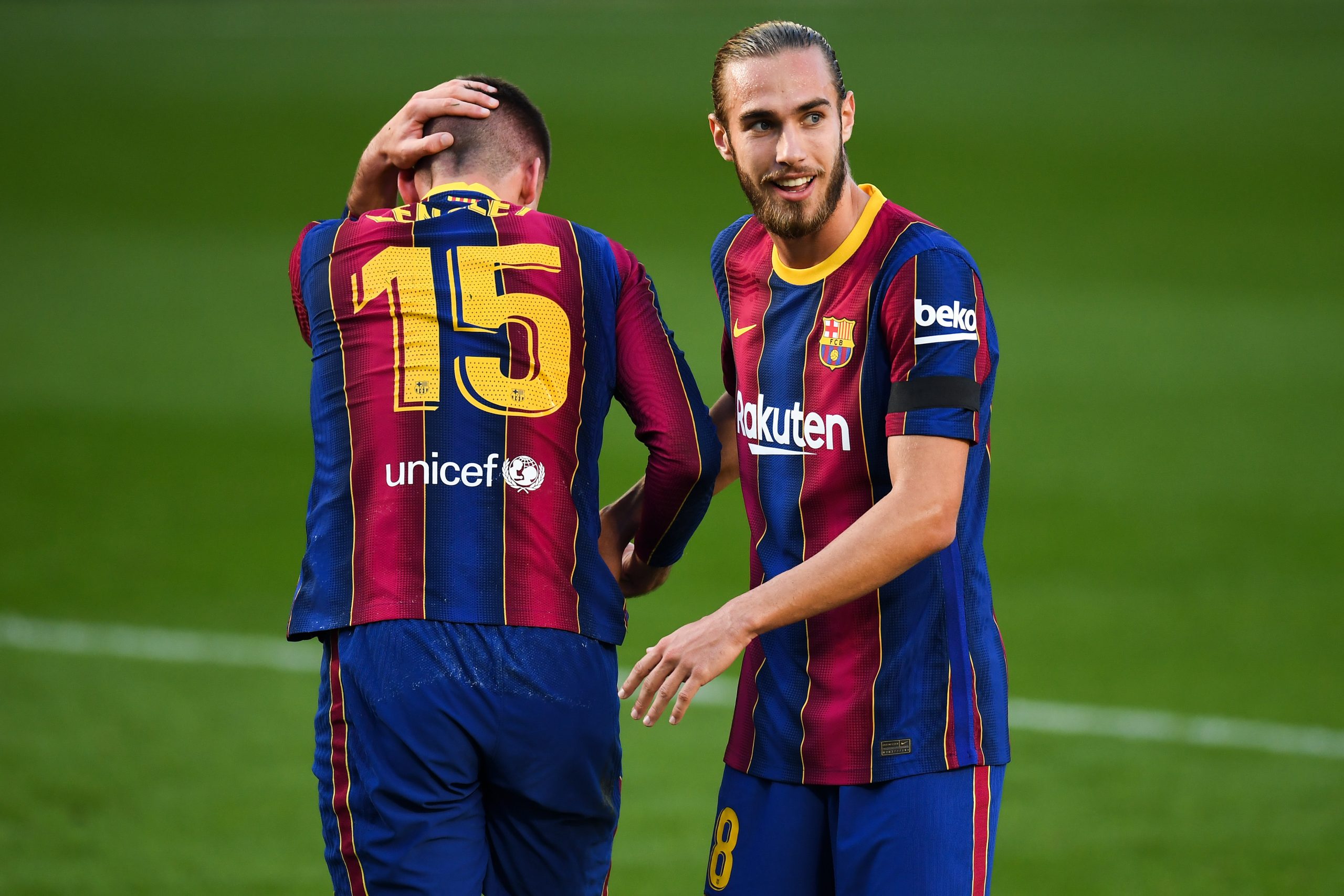 Barcelona have named the starting XI that will take on Real Valladolid at the Jose Zorrilla Estadio, and fair to say it is one that has taken Barcelona fans by surprise.

Ronald Koeman has named three central defenders for game, fielding all three of Ronald Araujo, Oscar Mingueza, and Clement Lenglet at the heart of the defence, screening Marc-Andre ter Stegen. Sergino Dest and Jordi Alba are expected to provide width as wingbacks.

Between the wingbacks, Miralem Pjanic replaces Sergio Busquets, while Frenkie de Jong continues as part of the double pivot.

The frontline features two no. 10s in the form of Lionel Messi and Pedri. They will be playing off of Martin Braithwaite who leads the line as the final piece of the puzzle.

It seems like Koeman has fielded this XI in an attempt to provide width to the team while fitting a natural striker and the no. 10s together. It is indeed a very interesting lineup, but it is left to see how it works out on the pitch.