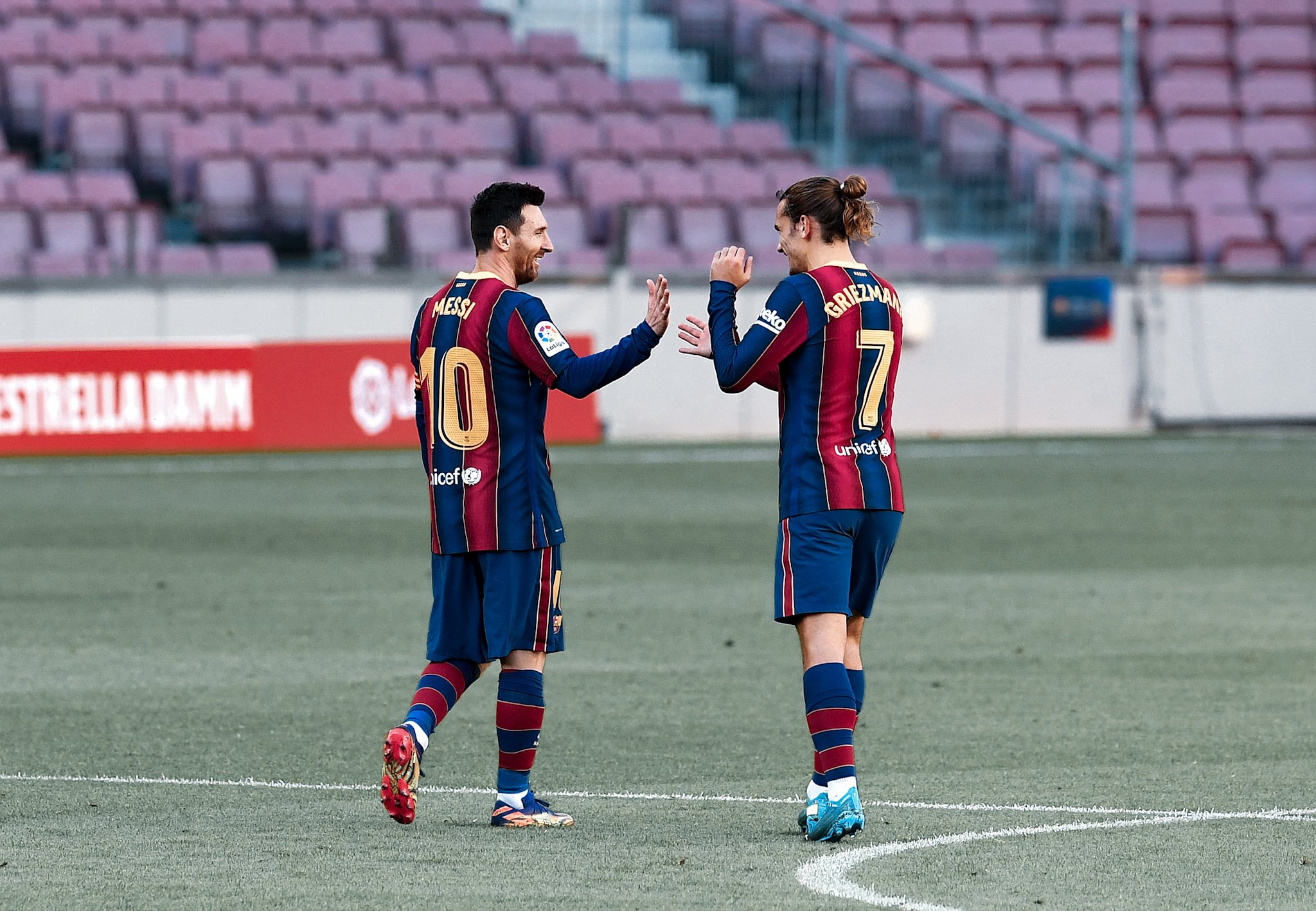 Barcelona have announced the lineup that will take on Cadiz at the Estadio Ramon de Carranza in Cadiz. Lionel Messi and Antoine Griezmann start together for a second La Liga game running, and will be complemented by Martin Braithwaite who takes on the pitch as the striker, while Messi fills in at right-wing. Philippe Coutinho completes the attacking quartet from the left-wing.

Frenkie de Jong also returns to the starting XI, and will take on the pitch as part of the double pivot, partnering Sergio Busquets in the centre of the park.

Finally, Oscar Mingueza and Clement Lenglet will pair up in the heart of the defence, and as expected Ronald Araujo starts on the bench as an emergency sub. Sergino Dest starts as the right-back as the only player in that particular position. Jordi Alba will provide width from the left. This back-four will have the weight of screening Marc-Andre ter Stegen who was rested in midweek.

It is becoming increasingly clear that Ronald Koeman has started to trust Martin Braithwaite, who is the only natural striker in the squad. However, today will be different from the previous three gameweeks, as he will face the challenges a low-block brings to Barcelona. Thankfully, he will have the services of three creative wizards in the form of Messi, Griezmann, and Coutinho.