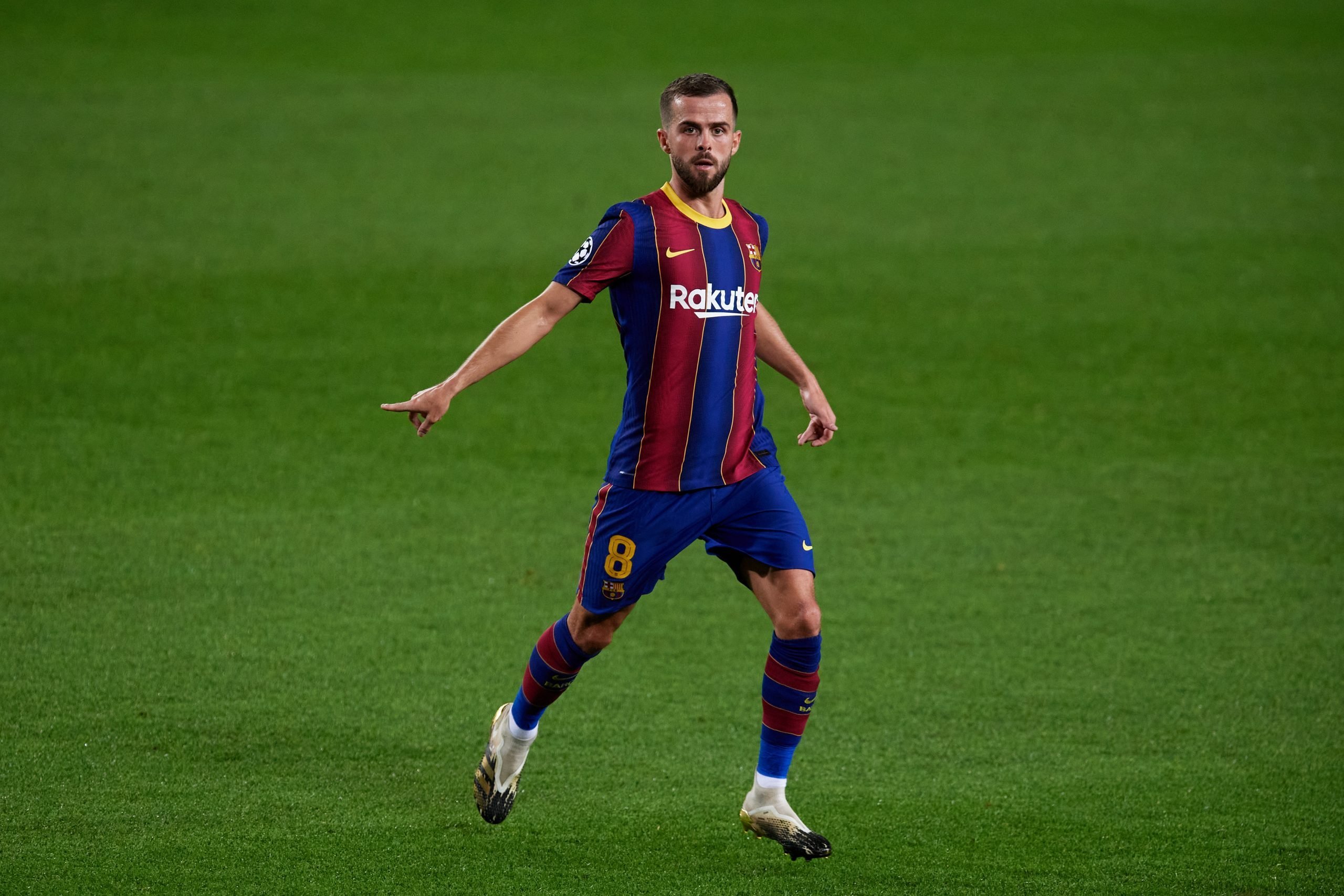 Ronald Koeman has been forced into making a couple of changes to his starting XI ahead of the game against Atletico Madrid, starting from the injury to Sergio Busquets. The only other player in the team in that position – Miralem Pjanic – replaces him, partnering alongside Frenkie de Jong.

Sergino Dest was expected to feature over Sergi Roberto for this game, coming on the back of a sensational display with the USMNT, but has been benched for the Spaniard. Jordi Alba retains his place in the lineup, alongside Gerard Pique and Clement Lenglet. This back-four will guard Marc-Andre ter Stegen, who takes care of the net in goal.

In attack, we will continue to see Antoine Griezmann and Lionel Messi link up playing as the front two, while Ousmane Dembele flanks them from the right. Pedri replaces the injured Ansu Fati on the left-wing, who picked up an injury against Real Betis to complete the front-four.

Ronald Koeman has been forced into a couple of changes for this game, but the exclusion of Dest seems unwarranted and a poor performance from Roberto will see social media taken by a storm yet again, like it happened against Betis when Barcelona conceded two goals from his flank.