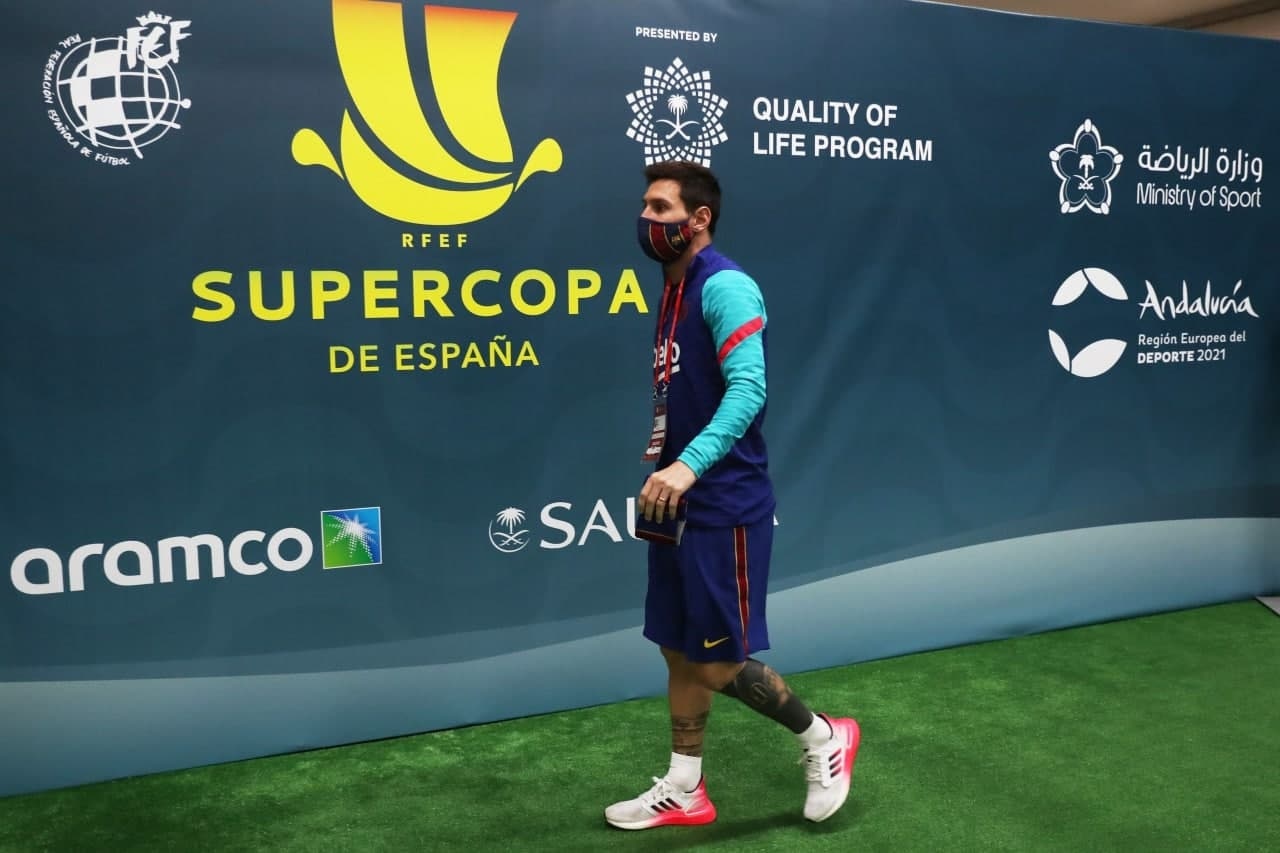 Barcelona have announced their starting lineup that will take on Athletic Bilbao in the Spanish Super Cup final. Huge news as Lionel Messi has been given the medical green-light and starts in what is presumed to be a 4-3-3.

Antoine Griezmann and Ousmane Dembele round off the front-line with the latter occupying the right-wing, while the former takes up the spot on the left.

Behind them, Pedri is expected to occupy the hybrid 8/10 role as the left central midfielder. Frenkie de Jong is the other interior and will continue in his box-to-box role which has helped him resurrect his best form.

Sergino Dest returns to the XI as well, playing as the right-back while Jordi Alba covers the left side. Ronald Araujo and Clement Lenglet retain their spot in the heart of the defence, screening the man of the match from the semis, Marc-Andre ter Stegen.

There is a lot riding on this game, not only because it is a final, but because Messi has been risked amidst a very robust season, especially in the league. Dembele and Griezmann will have to help the Argentine do the heavy lifting to not burden him a lot.