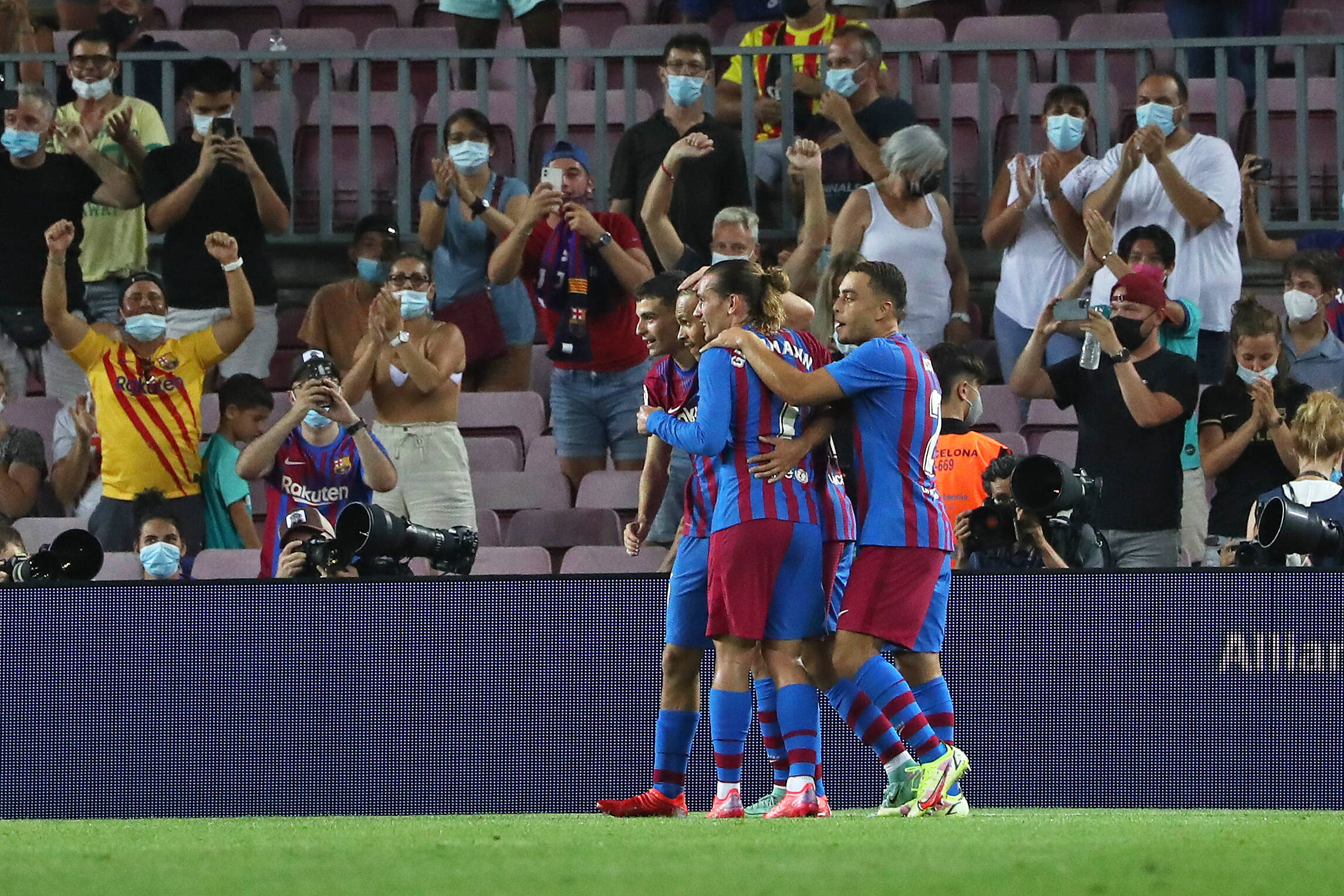 Barcelona’s season opener against Real Sociedad was nearly perfect. Even without Lionel Messi, the forwards seemed to be in sync, the midfielders sharp, and the defence more than decent. Their goal is to go two for two as they take on Athletic Bilbao in the second game of the La Liga season.

Philippe Coutinho, Miralem Pjanic, and Samuel Umtiti have not been called up for the second game running. While Pjanic and Umtiti have been linked to exits, Coutinho’s physical condition may not be good enough to get a run in the team.

Man of the match from the game against Sociedad, Martin Braithwaite, makes the cut along with Memphis Depay and Antoine Griezmann. Rey Manaj and Yusuf Demis have been called up as well.

Oscar Mingueza’s recovery is on track, and could join the squad list to take on Getafe in gameweek three, but as of now, drops out of the squad list. Gerard Pique, on the contrary, was said to have picked up a slight knock in the first week but seems fit enough to continue with the team.