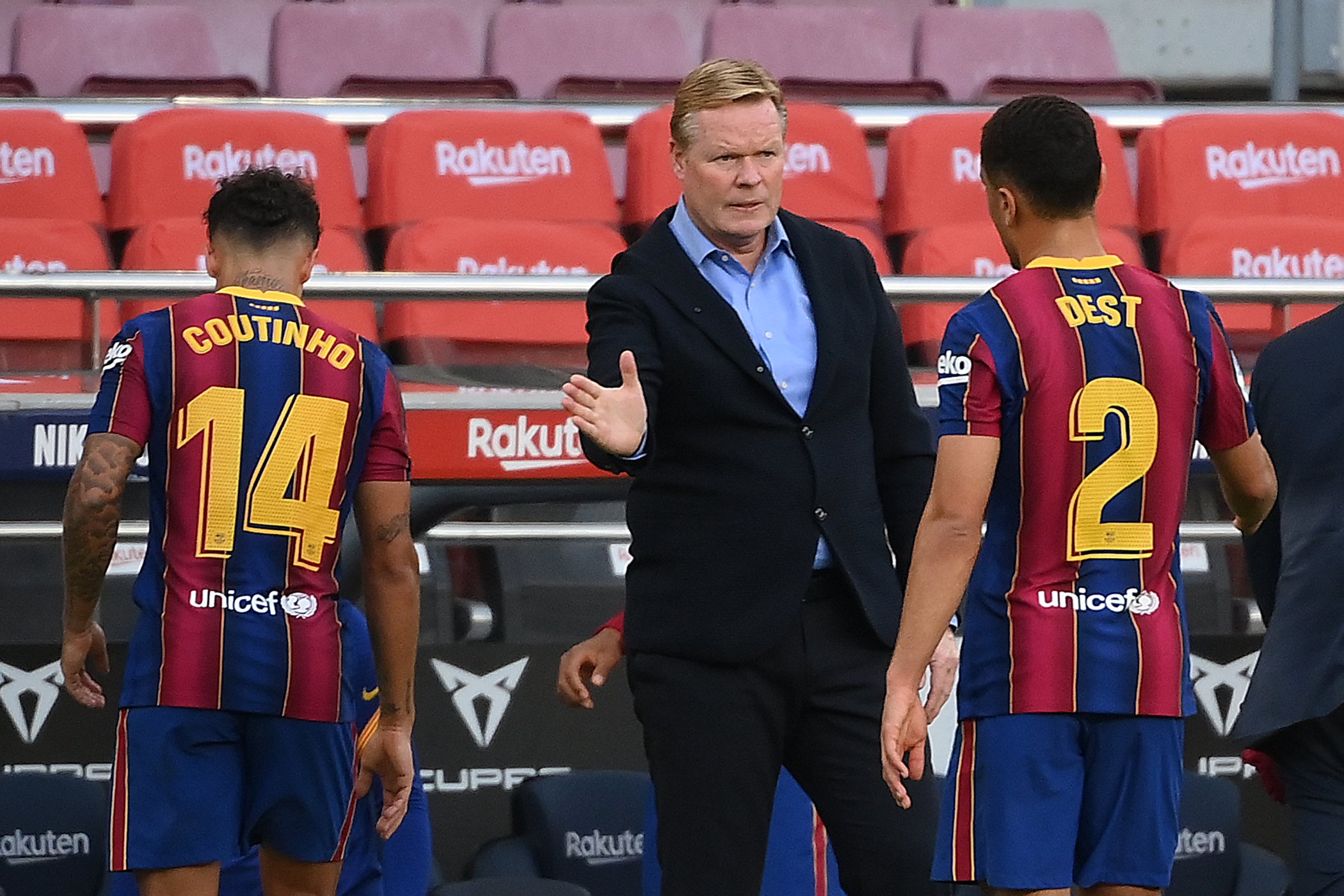 FC Barcelona have announced the squad list that will take on Juventus on Tuesday in the second gameweek of the UEFA Champions League.

Jordi Alba received the medical green light against for the El Clasico, starting on the left of the back-four. He capped off his return with the assist for Barcelona’s only goal of the game and is part of the squad that will lock horns with the Old Lady.

Barcelona are, however, missing Gerard Pique, who picked up a suspension against Ferencvaros and will have to see the game out from home. Philippe Coutinho, too, has been ruled out due to a hamstring injury.

Barcelona will come into this game on the back of a humiliating defeat at the hands of their worst rivals, Real Madrid. This game will be important for the team to build morale, and convince fans that they can take on the best of the best.

If Ronald Koeman wants to establish himself as a legend from the sidelines as well, he needs to show excellent game management, which was missing against Real Madrid. The Bianconeri are going through a tough phase right now, having gone winless in three Serie A games on the bounce, and Barcelona must take advantage of their poor form and low morale tomorrow.