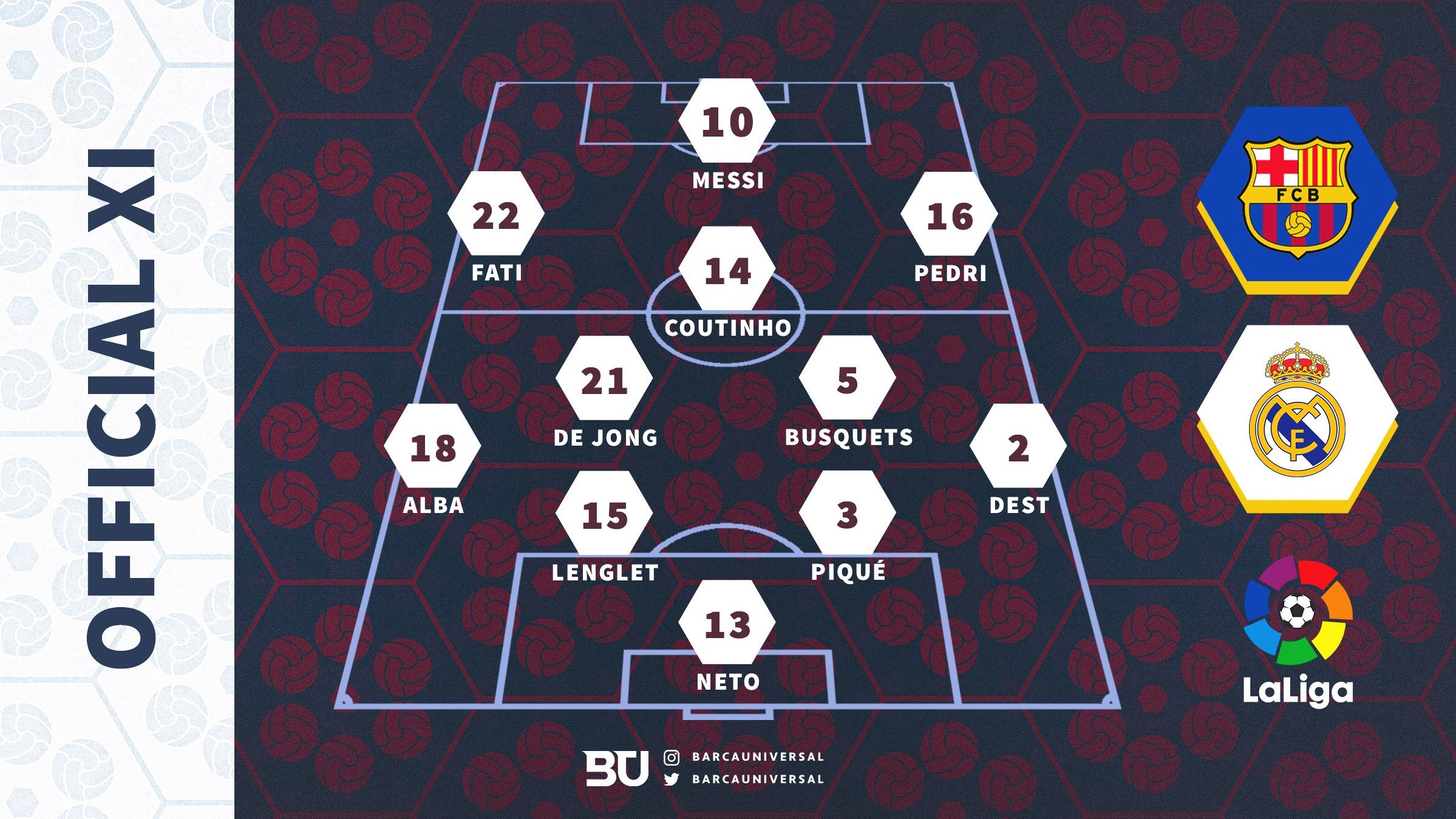 It is finally El Clasico time and Ronald Koeman has welcomed his first game against Real Madrid with three changes in the official lineup from the team that faced Ferencvaros in midweek.

The first of these changes comes in at left-back, where Sergiño Dest has been replaced by Jordi Alba, who was given the medical green light after recovering from the hamstring injury he suffered against Sevilla. His compatriot Sergi Roberto has been benched on the opposite flank with Dest taking that role. Neto will pick up the gloves with Marc-Andre ter Stegen still out from injury.

Mainstays Gerard Pique and Clement Lenglet will continue as the centre-back pairing in the heart of the defence. The former will be hoping to continue his series of top-notch performances against Real Madrid from previous seasons.

In the midfield, Frenkie de Jong will start his sixth game of the season, but his partner from last week, Miralem Pjanic will be replaced by Sergio Busquets, as was indicative when he came on in the final minutes of the Champions League game.

Philippe Coutinho is the designated started in the attacking midfield as the mediapunta, and will look to continue his impressive start to the season with another goal contribution against Madrid.

The last of the three changes in the official lineup comes in the form of the right-wing, and probably the most shocking one as well, where Pedri takes up the slot ahead of the likes of Fransisco Trincão, Ousmane Dembele, and Antoine Griezmann.

Ansu Fati starts the game on the opposite flank as the left-winger, and will pick up his Player of the Month award for September before kick-off. Lionel Messi will be the final piece in this team, playing as a false 9 in attack.