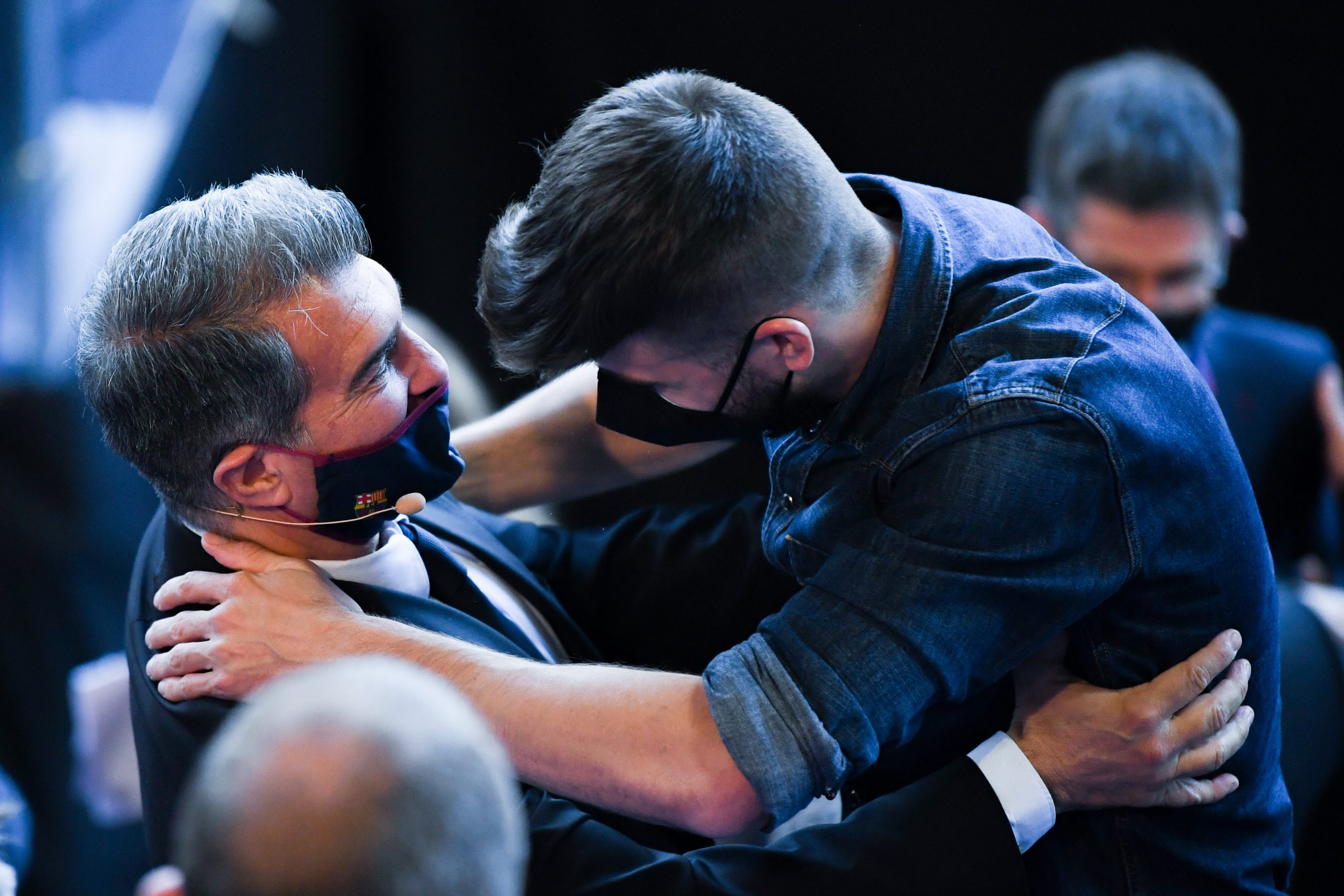 Late on Tuesday night, Diari ARA had reported that Gerard Pique’s salary reduction with Barcelona had not materialised due to the club’s unwillingness to allow him to purchase a stake in Barça Studios.

The veteran defender had reportedly been interested in acquiring the 24.5% share of Barça Studios that the Blaugrana were selling as their fourth ‘economic lever’ to bolster the club’s financial situation and help register the new signings.

And, Pique, who was in talks about a new salary reduction with the club, was reportedly interested in purchasing the aforementioned share of Barça Studios himself. However, reports claimed that president Joan Laporta refused such a proposal as it would be against the ethical codes.

The report further went on to state that it directly led to contract negotiations between Pique and Barcelona falling through. However, issuing an official statement on the matter, Barcelona have denied all those claims made by ARA, stating that no such talks were held at any stage.

The official statement released by FC Barcelona reads as follows:

“Faced with the information published today in the newspaper ‘Ara’ under the title “Laporta refused Barça Studios to Piqué”, FC Barcelona categorically denies that the president of the Club has ever received any offer from the player of the first team football Gerard Piqué nor of his company to acquire a part of Barça Studios.”

“The Club deeply regrets the dissemination of unsubstantiated information that affects the image and respectability of FC Barcelona athletes.”

Pique has fallen down the pecking order at Barcelona this season and finds himself as the fifth-choice centre-back. He is yet to play a single minute of football this season.

The defender has been going through a rough phase on and off the field and these allegations would have only piled on his situation. And Barcelona have acted quickly to refute the speculations.