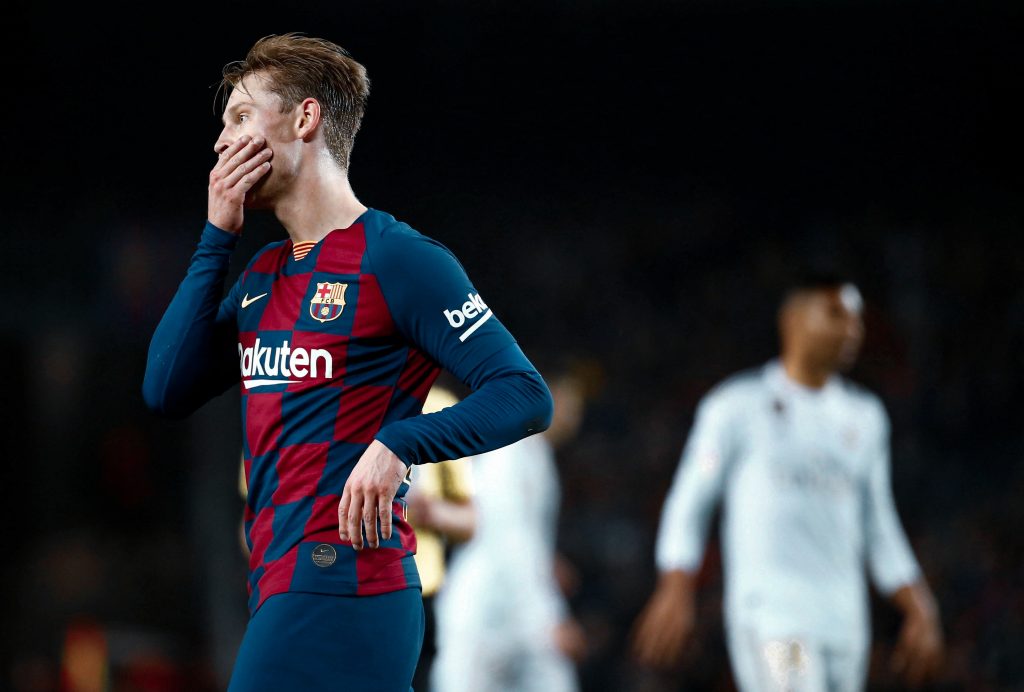 Barça have confirmed their 23-man squad list to face Sevilla on Friday, but there are three notable absences: Frenkie de Jong, Sergi Roberto and Samuel Umtiti.

The hectic return of football’s activity is already causing its first victims and consequences at Barcelona. After more than three months without an official game, the dense schedule seems to be affecting the players’ fitness already. Barça kicked off the post-pandemic period with a 0–4 win away at Mallorca, but only three days later they had to host CD Leganés at the Camp Nou, obtaining an uneasy 2–0 triumph.

Coach Quique Setién already decided to make some rotations in the last game. He introduced five changes in the starting XI compared to the Mallorca victory, as well as using all five substitutions to give more rest to his stars. In total, in the past two matches Setién has used 20 different players, either as starters or as substitutes.

After feeling some discomfort against Mallorca, Quique chose to leave midfielder Frenkie de Jong on the bench for the full 90 minutes versus Leganés. With Friday’s visit to Sevilla in mind, no risks needed to be taken. Even so, De Jong doesn’t seem to have fully recovered since he couldn’t take part in the team’s training session on Thursday morning. Therefore, with a confirmed calf strain, the Dutchman will miss tomorrow night’s game against Sevilla at the Ramón Sánchez Pizjuán. “I would rather lose Frenkie for one game than four”, Setién has expressed in today’s pre-match press conference.

He’s not the only absence, though. Apart from the long hamstring injury of Ousmane Dembélé, who is expected to return in August, versatile right-back and midfielder Sergi Roberto has had to miss this morning’s training too with a rib fracture. After having been in the starting XI for the past two fixtures, he won’t be featuring against Sevilla either.

In the 23-man squad list to travel to Seville, to the absences of Frenkie de Jong, Sergi Roberto and Ousmane Dembélé for injury, we must add the one of Samuel Umtiti, after picking his fifth yellow card against Leganés. By contrast, eight Barça B players have been called up. Apart from the usual Ansu Fati, Riqui Puig, Ronald Araújo, Iñaki Peña, Álex Collado and Monchu Rodríguez, who had all made the last two squad lists, Quique Setién has included centre-back Chumi and left winger Kike Saverio. With several key absences, Barcelona will have the challenging test of winning against Sevilla on Friday night to obtain some crucial three points in the title race with Real Madrid.