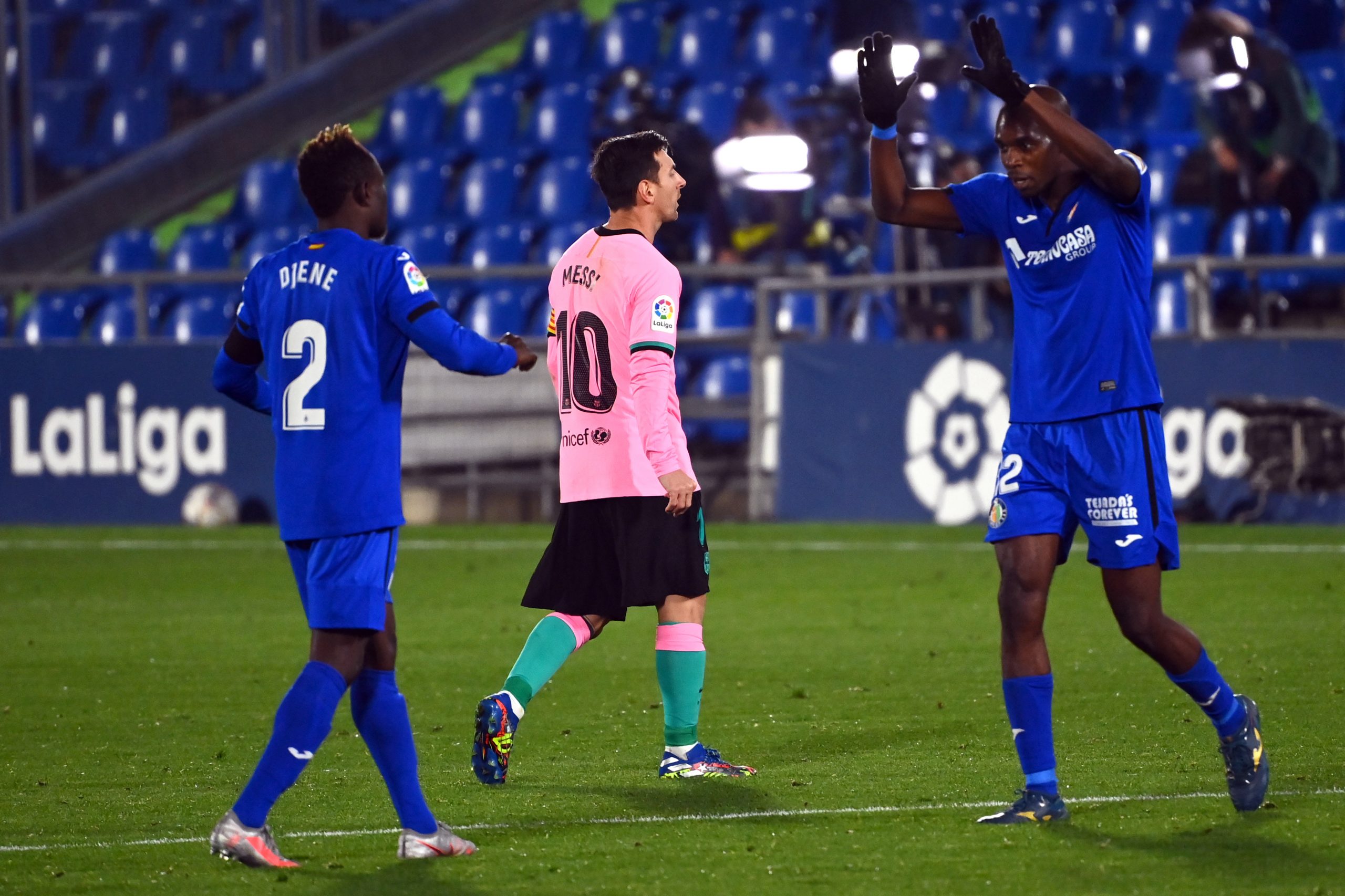 Against Getafe, Barcelona lost some crucial points in La Liga as Bordalas’ side played a physical game to ensure they went on to grab the three points. For Barcelona, they played poorly, and they have to do better, but Ronald Koeman and his players complained a lot about the locals’ game.

“I don’t know if there was VAR tonight.”

Allan Nyom was one of the talking points of the game as the Cameroonian international made multiple fouls and didn’t get red-carded. One of the few actions that made Nyom the villain of the game was when he elbowed Leo Messi in the face in the 40th minute. The Catalan players complained a lot about the action and wanted Nyom to get booked for his antics.

? — Allan Nyom stood over 17-year-old Ansu Fati yesterday after he elbowed him and shouted: "18 years old and you’re diving like that? 18 years old!?". [as] pic.twitter.com/Ww6Yfag4yq

Nyom also elbowed Frenkie de Jong during the fixture, and the Catalan players looked furious because of the elbow. Nyom was a persistent problem for the Barça attackers, and he also looked down on Ansu Fati when he went down, perhaps too easily, after the right-back tackled him.

Ronald Koeman, at the end of the game, complained to José Bordalas about his players and especially Nyom, who, according to the Dutch manager, insulted him. The former Everton and Southampton coach also questioned the use of VAR after the game.

“Nyom insulted me and was very disrespectful. We can’t allow such things to happen nowadays. I told his coach to control him.”

Getafe were indeed a robust side, but this shouldn’t, however, be an excuse for how Barça played. One week before El Clasico, such a loss isn’t encouraging enough, especially after the team showed so much promise against Villarreal and Celta a month ago. This loss shouldn’t cause an overreaction either and Koeman still should have the support of his side and his fans.