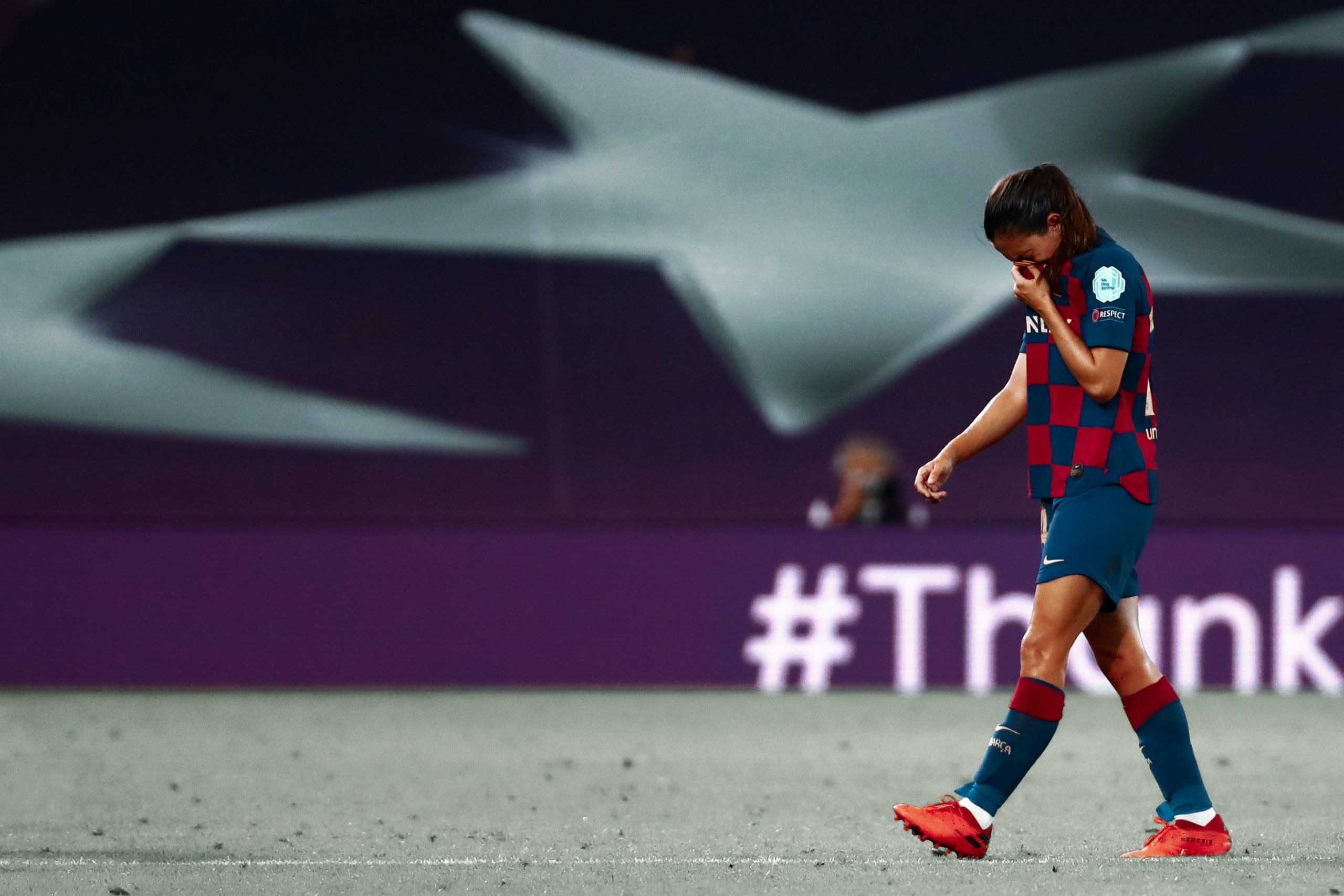 After years of growing in leaps and bounds, Barça Femení already belongs to the European elite: this is the new era of Barcelona’s women’s team.

“No hay distancia” [There’s no distance]. The powerful words of Barcelona captain Alexia Putellas couldn’t be any closer to the truth. It could be written off as just emotions getting the best of her following the team’s heartbreaking 1–0 loss to Wolfsburg in the semi-finals of the UEFA Women’s Champions League, but anyone who has been following this side for at least a few seasons knows that she in fact makes a good point and that her words hold some volume to them.

“The small details make the difference. We have had many chances. In the end, we haven’t been able to score and thus we go back home. We have had opportunities, but we couldn’t convert them”

Alexia Putellas, after the 1–0 loss against Wolfsburg

As a fan and follower of the Primera Iberdrola and the team since 2015, I want to give a brief perspective and a slightly in-depth look into as to how far Barça Femení has really come in recent years just from what I have seen.

My love for Barça came when I was just a little girl just starting to play club football and I had a coach who was Dutch and he was a huge admirer of Johan Cruyff. Yes, Johan Cruyff the Dutch and Barça legend who even went on to manage the club later on after his playing career was over.

So after watching highlight videos of his constantly and learning more about the history of the club I quickly fell in love with everything the blaugrana signifies. I had no clue until 2015 that they even had a women’s team that had been founded in 1988, ten years before I was born.

Following the women’s team back in 2015 from abroad was quite hard as games weren’t streamed as often as they are now and social media especially wasn’t a big thing yet. I had to rely on Google just to keep up to date with their results and just hope they were accurate.

Fast forward to now, games are streamed more frequently or shown on TV and social media has become a pillar of how the team is marketed given their recent growth in popularity outside of Spain. As of now, they have over 300,000 followers on Twitter and 2.1 million on Instagram, which is just proof of the teams recently gained popularity.

Shortly after I started following Barça Femení they went on to win the 2014/15 Primera División, which brought their league titles count to four and officially became a professional team in 2015. After that, the team went on to finish second in the league for four consecutive seasons and won only two Copa de la Reina titles in that time. Atlético de Madrid proved themselves as worthy rivals of Barça in that time as they dominated in Spain for the last three seasons. It wasn’t until the 2018/19 season that the headway the club was beginning to make became more noticeable.

The climb all started in July 2018, when Stanley Black & Decker became the official main sponsor of the women’s team and they now adorn the Stanley logo on the front of their jersey. The team named Lluís Cortés as their new head coach in January 2019, which proved to be crucial for the team.

They followed that up with an impressive feat as they defeated Bayern Munich in the semi-finals of the 2018/19 UEFA Women’s Champions League, which sent them to their first-ever final of the prestigious tournament. A moment I will never forget as a fan and one I am sure that the players won’t be forgetting in a hurry either.

They faced a tough task in the final though as they came up against a dynasty in Lyon who had already won the tournament the past three consecutive seasons. This proved to be too much for Barça who ended up losing 4–1 on the day, but nonetheless there was still a lot to be proud of following a historic season. A historic season that saw them become the first women’s Spanish team to ever reach the UEFA Women’s Champions League final and all in the same historic season where they beat Atlético de Madrid 2–0 in front of a record crowd of 60,739 spectators at the Wanda Metropolitano stadium. A world record for a club match in women’s football.

After a brief break for the 2019 Women’s World Cup, Barça picked up right where they left off and started the 2019/20 season in some fashion as they beat CD Tacón [now rebranded as Real Madrid Femenino] 9–1 in their brand new stadium, the Estadi Johan Cruyff [Johan Cruyff Stadium].

The team dominated the league and ended the season a bit prematurely due to the coronavirus global pandemic, but as undefeated champions nonetheless. They also beat Real Sociedad to win the Supercopa de España Femenina, which was reinstalled for the 2019/20 campaign.

In Europe, they beat Juventus, FC Minsk and Atlético de Madrid on their way to face the German giants in women’s football, Wolfsburg, in the semi-finals. A semi-final game that saw some controversial calls and non-calls made by the ref fly under the radar due to the teams not making the most of the goalscoring opportunities they had, where Wolfsburg made the most of their lack of opportunities and won the game 1–0. As true football fans know, that’s the way it goes sometimes.

However, many things stand out from that game. The main thing is that Barça are no longer a type of underdog team due to their lack of experience in the competition, but that they are a force to be reckoned with. No longer are they a team that goes out onto the pitch wanting only to just be able to compete with other teams, but a team that plays to win and be the best even if they might not be the favourite.

“I would change none of our players for one of the rivals. The team is hurt, but we know that we must keep growing and the next time this won’t happen”

ALEXIA PUTELLAS, AFTER THE 1–0 LOSS AGAINST WOLFSBURG

Their play throughout the 2019/20 term signals that this is clearly the mentality of the team and Alexia Putellas’ words shine light on that. The only direction Barça is heading is up and it is only a matter of time before glory is theirs for the taking, because, as Alexia said, there is no distance. Not anymore.