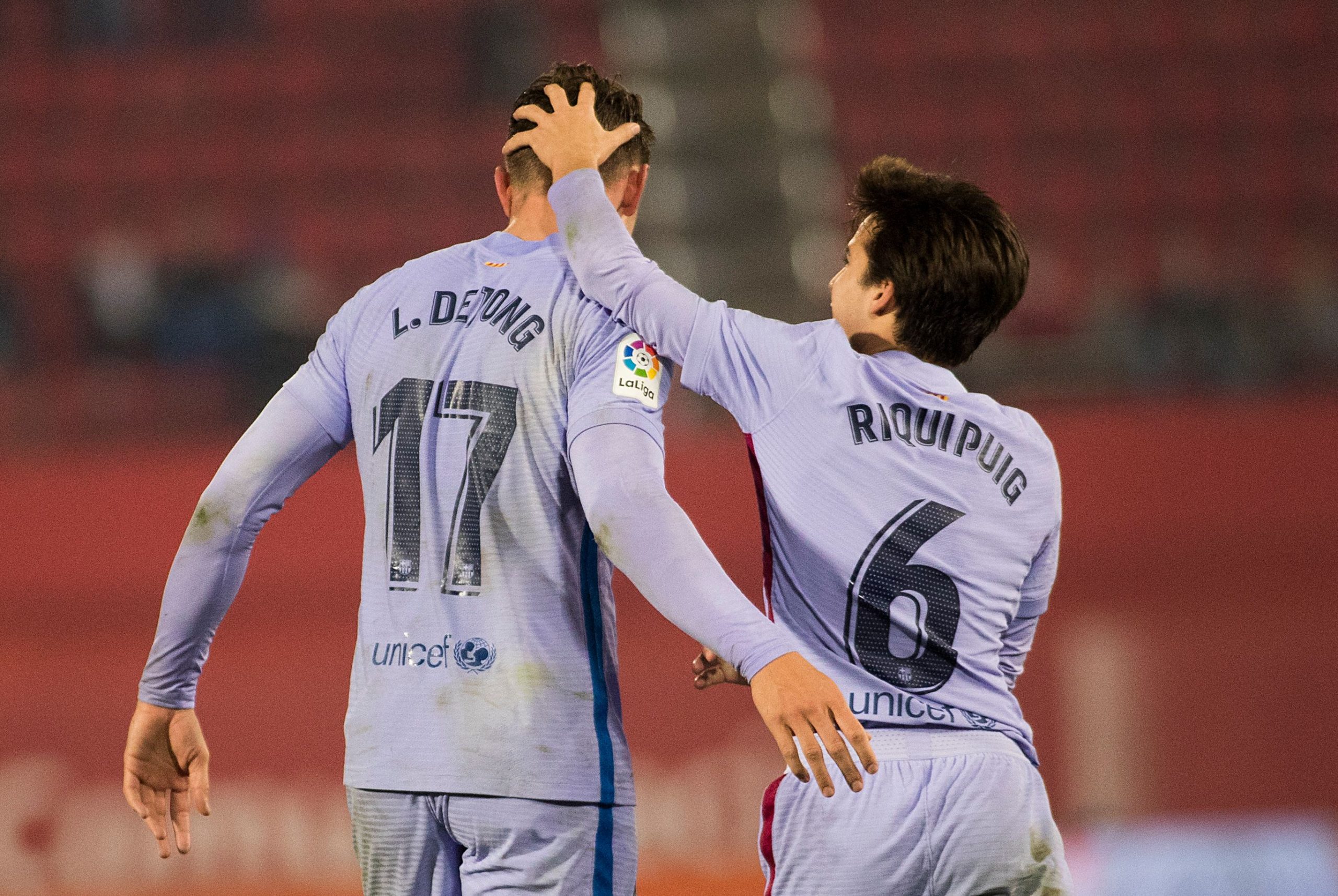 Most of Barcelona’s first-team regulars are struggling for fitness and while it’s one worry for Xavi to take care of, the situation can actually work as a blessing in disguise for the manager to try his luck on testing the bench strength.

With the home game against Rayo Vallecano approaching on Sunday, Barcelona just cannot afford to drop points, but with players such as Ronald Araujo, Gerard Pique, Jordi Alba and Gavi all struggling for fitness, fringe players can get a few minutes under their belt.

Nico could get a consistent run

With Pedi out injured and Gavi also nursing his troubles, Xavi might as well look to offer Nico some game time towards the end of the season. The 20-year-old hasn’t played for the team since playing 56 minutes against Levante in early April.

Since then, he has missed three consecutive matches against Eintracht, Cádiz and Real Sociedad. Nico has indeed played 36 games this season, but most of them have come as a substitute.

Striker Luuk de Jong has scored some crucial goals from Barcelona this season, but the fact remains that the Sevilla loanee has only clocked a total of 57 minutes in his last six matches across all competitions.

There’s absolutely no denying that he cannot replace any of the current first-team members, but at the same time, it is known that his minutes per goal ratio is yet to be bettered by anyone.

What happened to Adama Traore?

Adama Traore made an explosive start to his new life in Barcelona, but his participation has been limited to just 120 minutes in his last five games. On top of that, he failed to enter the pitch against Osasuna, Sevilla and Real Sociedad.

With the team now nearing the end of the season, the player would certainly want to finish his tenure on a high.

Riqui Puig not even being considered

Riqui Puig has started only one league game this season and since his Osasuna heroics in early March, the midfielder has missed eight consecutive matches for the team.

It seemed like the goal against Osasuna would change his fate, but Xavi certainly has other ideas, making it quite evident that he might not continue beyond the current season.

Like Puig, striker Martin Braithwaite hasn’t played for Barcelona since the 4-0 win over Osasuna. Even in that fixture, the 30-year-old could only muster 11 minutes, and it goes without saying that he is nothing but the last resort for Xavi this season.

Clement Lenglet is in good books

Among the players mentioned in the list, Clement Lenglet certainly stands in the good books of Xavi. The 26-year-old Frenchman has played his role in each of Barcelona’s last three games which is a clear indication of the fact that Xavi is pretty much confident about him.

22-year-old defender Oscar Mingueza hasn’t started a league match since January 2. Since then, although he has clocked minutes in the Europa League, appearances in the league have been extremely limited.

But now, with the defence crumbling through injuries, he might as well get a decent run-in towards the end.

Barcelona have received a massive boost ahead of the Rayo Vallecano game as defender Samuel Umtiti and Sergi Roberto are expected to be available for the fixture.

The two defenders have been nursing their injuries since forever, but the duo will mark their return at the perfect time possible. While their contractual situation still remains the same, they could prove to be crucial entities towards the end.