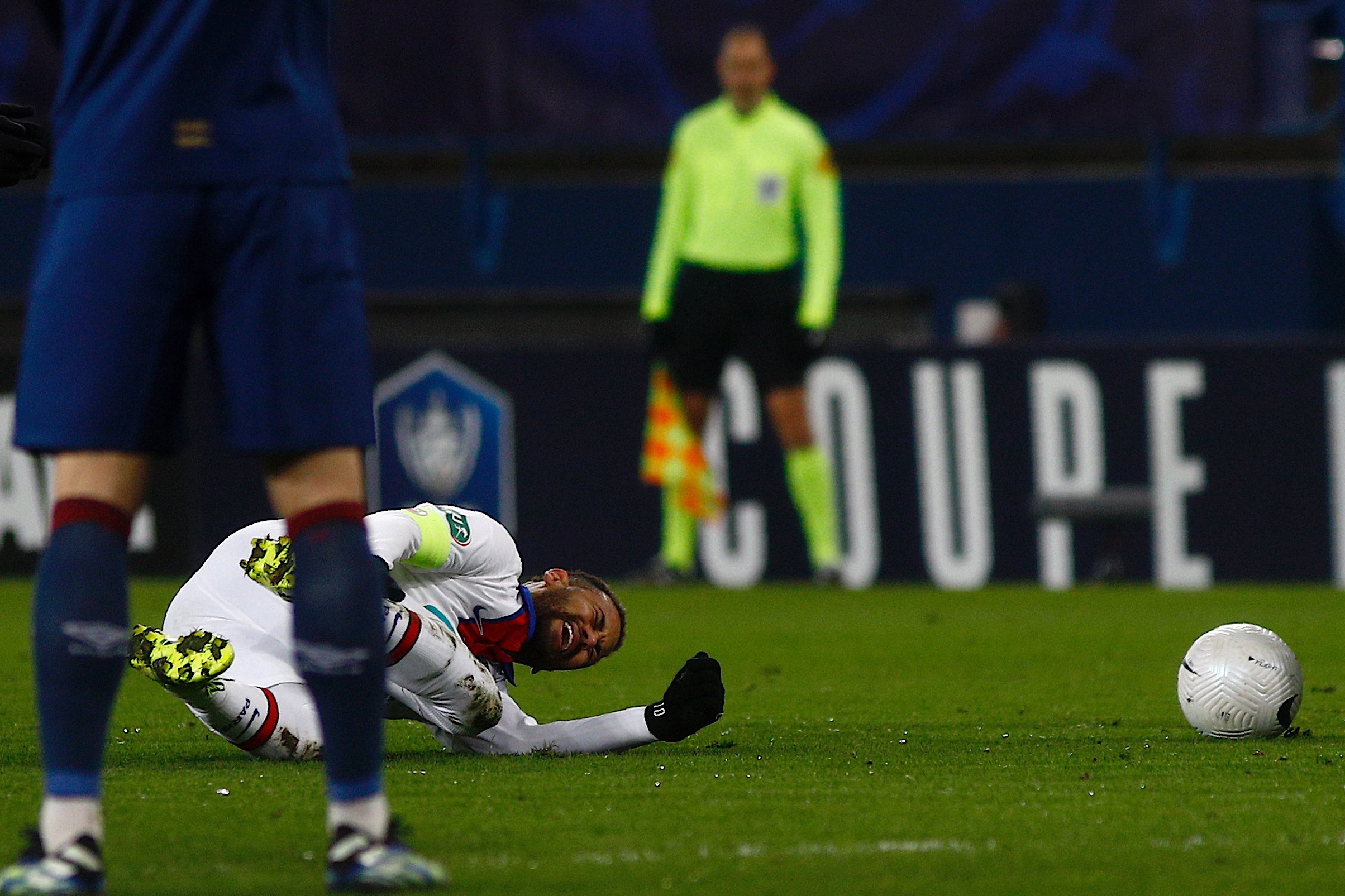 Paris Saint-Germain’s latest clash against Caen in the French Cup ended up costing them dearly. Yes, they managed to clinch a slim 1-0 victory thanks to a solitary Moise Kean goal but the star of the team, Neymar Jr., had to leave the pitch injured.

Now, according to the official announcement from the club, the Brazilian could be out for four weeks in total, meaning he will definitely miss the Parisiens’ clash with Barcelona at the Camp Nou next week.

Neymar suffered a lesion to the left adductor, PSG confirmed, and since the return leg in France will take place on 10 March, the superstar is also in doubt for that fixture as well.

Needless to say, this is a heavy blow for Barcelona’s opposition and could mean the Catalans will potentially face a slightly weakened squad next Tuesday.

Of course, the Azulgranas are currently struggling with injuries themselves as multiple players are yet to return to full fitness.

One way or the other, this clash still promises to be a very entertaining affair and one Ronald Koeman will be very keen on winning.