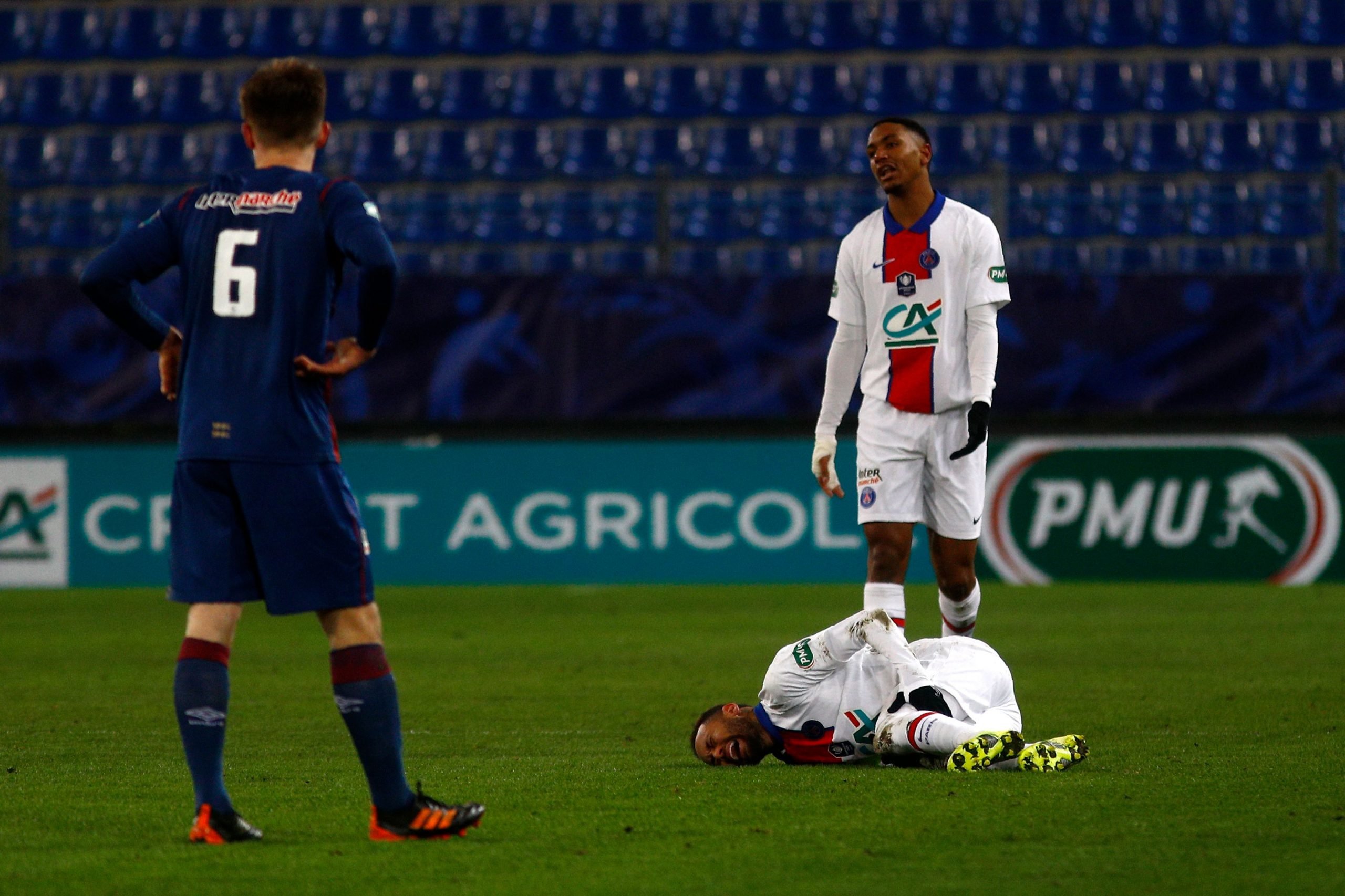 With no more than a week remaining for the UEFA Champions League Round of 16, where Barcelona will host Paris Saint-Germain, the two teams looked to go further in their respective domestic cup completions. Barça travelled to Andalusia to take on Sevilla in the semi-finals of the Copa del Rey, while PSG took a trip to Northern France to square up for the Coupe de France Round of 32.

Barcelona fell to defeat in the first leg of the semis, but Paris were able to come out of the game (nearly) unscathed with a 1-0 win. They did not lose the game, but they had to witness Neymar hobble off in the 60th minute, only to be replaced by Kylian Mbappe. The extent and seriousness of his injury is unknown, but his place against Barcelona in the UCL could be in danger.

The Brazilian put up a show for an hour he was on the pitch, though, assisting Moise Kean for the winner, while creating two big chances and giving two key passes. The last time he missed a Round of 16 encounter in the UCL, Paris were on the end of an embarrassing 3-1 loss to Manchester United as the Premier League outfit registered a comeback in the second leg.

Mauricio Pochettino’s men already have to travel without top-assister Angel di Maria, and first-choice goalkeeper Keylor Navas. The former picked up an injury against Olympique Marseille in Ligue 1 while the latter is still struggling with a groin knock he suffered against Montpellier on 22nd January.

Barcelona, too, are likely to be without Ronald Araujo and Gerard Pique for the encounter while the inclusion of Ansu Fati has been completely ruled out. Not to mention, both right-backs are out as well in form of Sergino Dest and Sergi Roberto, due to which Junior Firpo started at right-back for the Catalan giants against Sevilla.