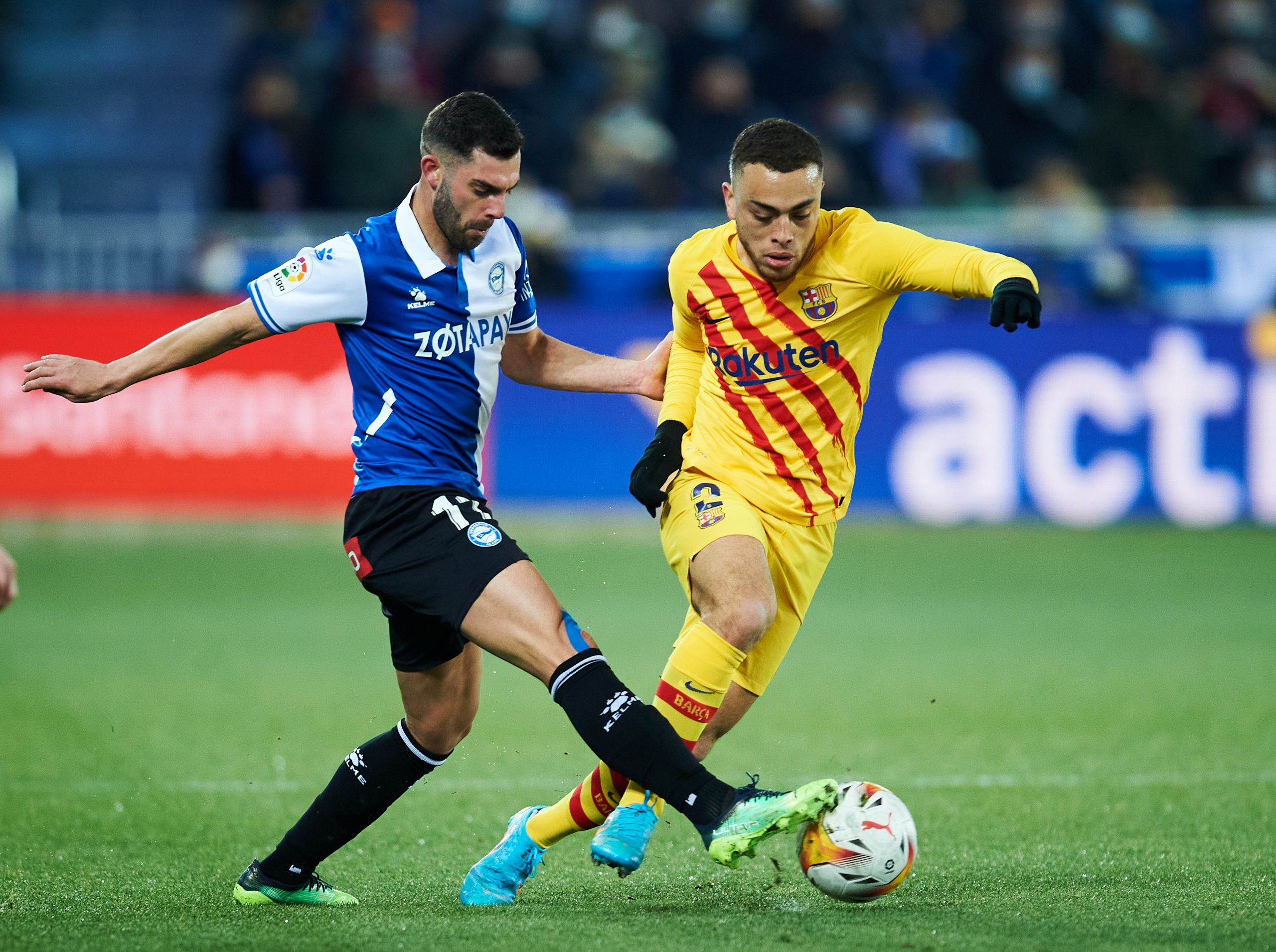 Despite having put in a series of improved performances of late, Sergino Dest continues to stare at an uncertain future at Barcelona.

The 21-year-old found himself out of favour early in Xavi Hernandez’s tenure, with the manager opting to use Dani Alves, Oscar Mingueza and even Ronald Araujo at times at right-back.

However, the USMNT star has improved of late and has put in a few eye-catching displays. But that has not guaranteed him a future at Camp Nou as the Blaugrana are close to signing Noussair Mazraoui from AFC Ajax on a free transfer.

With Dani Alves’ contract also likely to be extended, the 21-year-old’s game-time will take a further hit next term. As a result, an exit from Barça looks like a definite possibility, with Serie A emerging as a possible destination for the defender.

AS Roma have already shown an interest in Dest and now Calciomercato (h/t SPORT) is reporting that Napoli have also entered the race to sign the former Ajax starlet.

The Partenopei got a good look at the right-back when they faced Barcelona in the UEFA Europa League knockout playoffs. Dest did not start in the first leg and made a substitute appearance, but he featured from kickoff in the second leg in Italy and put in a fine display.

It seems that his performance was enough to convince Napoli to consider signing him in the upcoming transfer window. Whether the Serie A title challengers end up making an attempt to sign Dest from Barcelona remains to be seen.

With there being interest from his long-term suitors Bayern Munich as well, Dest could potentially spark a transfer war come summer.