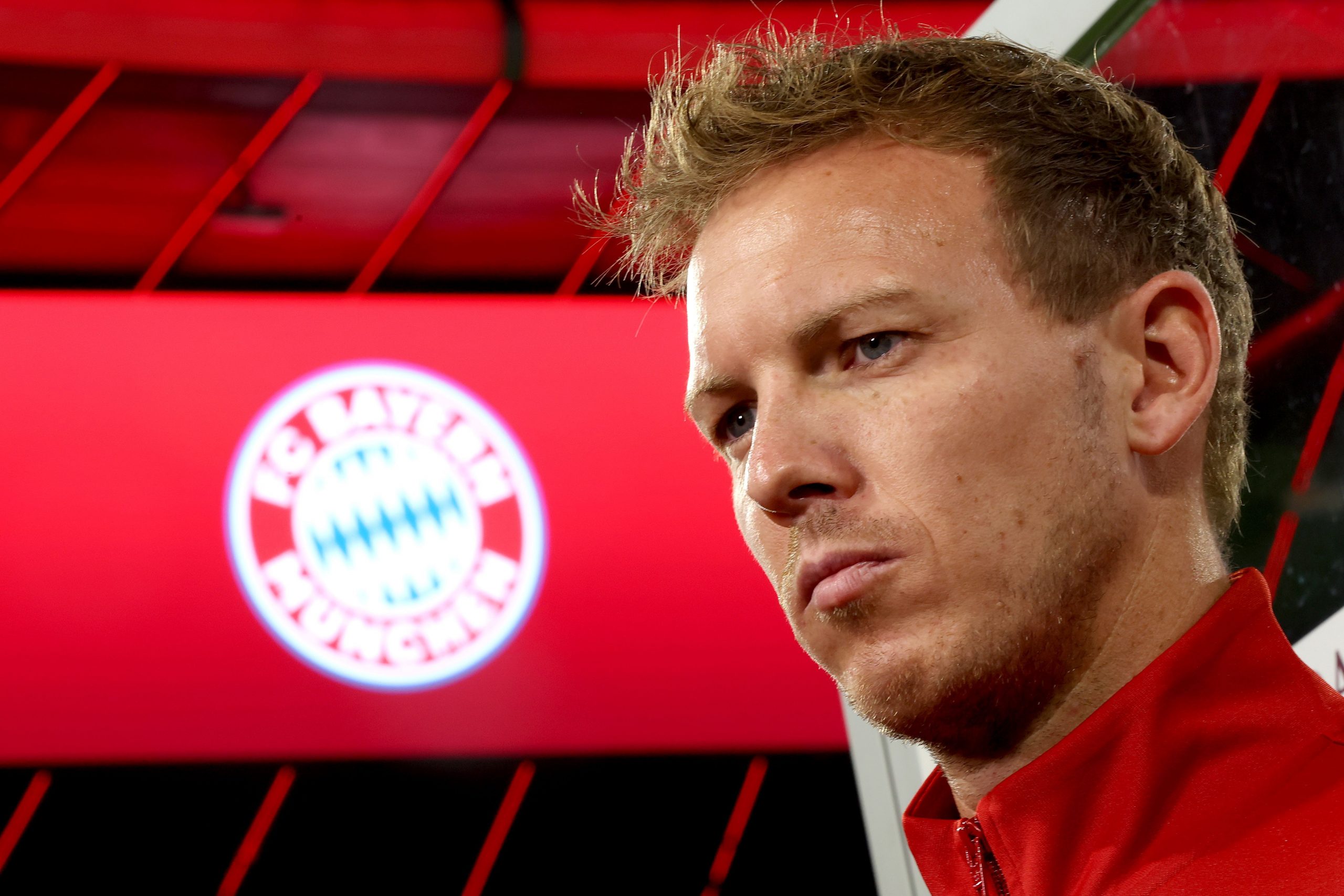 However, the most controversial decision on the night saw Gavi winning the Kopa Trophy ahead of the likes of Jude Bellingham, Jamal Musiala and Eduardo Camavinga, among others.

In a recent interview, Bayern Munich coach Julian Nagelsmann offered his thoughts on Gavi’s triumph, suggesting that the Barcelona youngster should not have won the award ahead of players such as Bellingham and Musiala.

“Kopa trophy? Jamal Musiala and Jude Bellingham have had a better season than the winner. From my point of view, the two are ahead of Gavi,” said Nagelsmann (h/t Diario SPORT)

Bellingham is regarded as one of the best young midfielders in world football following his consistent performances in the Bundesliga and for the English national team. Musiala, too, is another Bundesliga-based talent, who has enjoyed a rapid rise to prominence in recent years.

However, France Football awarded Gavi the prestigious Kopa Trophy for his breakthrough at Barcelona. The youngster, at the age of 17, has already featured in over 50 competitive matches and is even considered ahead of Frenkie de Jong and Franck Kessie in the pecking order.

Despite backing Bellingham and Musiala to win, Nagelsmann hid no praises for Gavi as well, adding: “Gavi is a great football player, with a lot of talent. I wouldn’t say it was undeserved because he has an extreme winning mentality for his age.”

Nagelsmann’s comments come just more than a week before Bayern Munich are slated to Barcelona in the UEFA Champions League. It promises to be an exciting contest, with Gavi likely to be pitted against the equally talented Musiala.