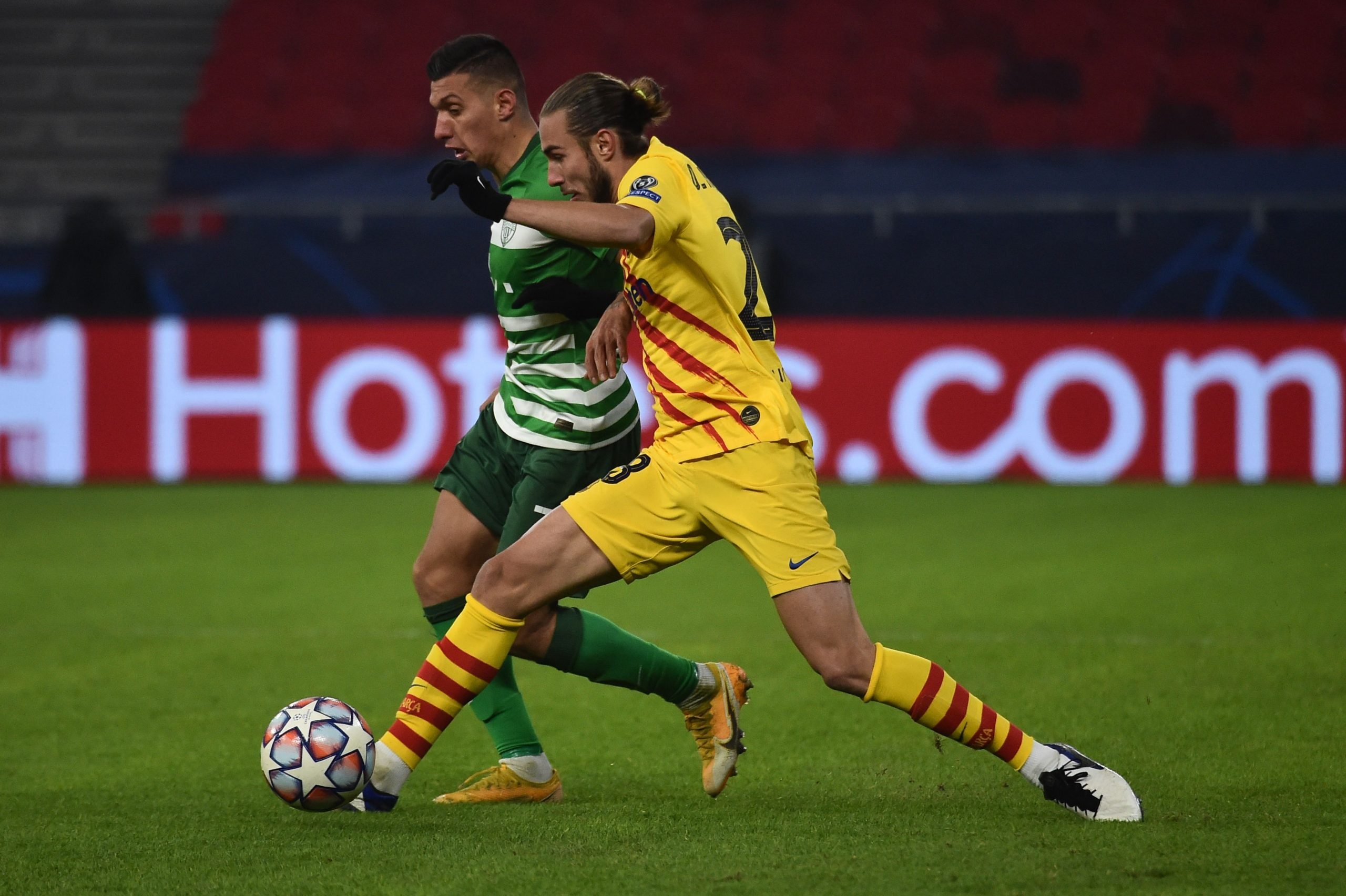 Oscar Mingueza started his third game in a row for Barça against Ferencvaros. The youngster has looked like a veteran ever since he stepped foot in the first team. Following his third clean sheet in a row, Mingueza spoke to the media.

I am still a Barça B player, I know that. But I will try to help the first team with whatever it takes. It is a pride to be able to play with the best in the world and I will take advantage of every minute.”

“It is an honor to be part of the first team. It’s a great feeling, and the last three games have been great.”

Mingueza also spoke last week and it showed how much of a Culé he is. If he continues like this, the youngster will become undisputable and Ronald Koeman will have a welcome headache when Ronald Araujo comes back from injury. At last, Mingueza looks like a perfect Barcelona centre-back and one who could be trusted.

“We are very good in the Champions League and now we have to do the same in La Liga. We have to keep working.”

Koeman said it, Martin Braithwaite also mentioned it, and now Mingueza does too. Barça’s Champions League campaign has been picture-perfect. However, the league season has started horribly and Barcelona need to rack up the wins to finish the year in a decent league standing.

“Of course, Koeman corrected me. He tries to correct us all for the benefit of the team. I will improve what needs to be improved.”

As a former defender himself, Koeman is trying to bring the best out of Mingueza. Last weekend against Osasuna, the Dutchman talked about the two balls Mingueza lost but also complimented the youngster. The central defender will learn quickly if his coach keeps focusing on him this much.

“It is true that we relaxed a bit after being three goals up, but we played very well overall.”

Koeman’s men tend to lose their concentration against weaker sides. However, they did not concede any big chance with a heavily rotated squad. It is time for the Catalans to go on a big run of wins, especially when it matters. They cannot lose their focus against bigger sides, and it has already happened this year.