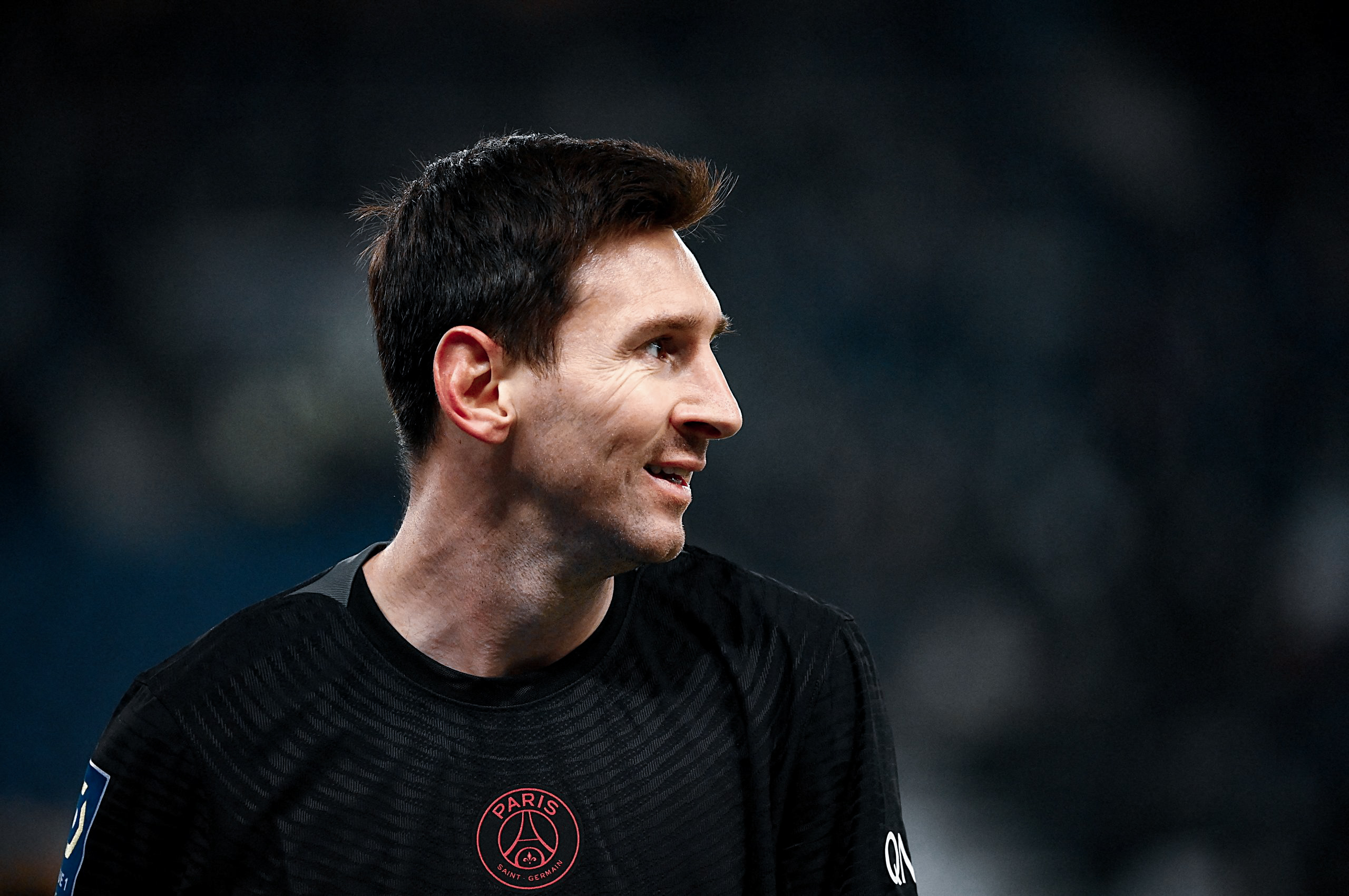 This one isn’t easy to write.

It’s been an hour and I’ve been staring at the same sentence, still unsure about how I could possibly start to debate this in my own mind, let alone on a public forum.

Not too long ago, it wasn’t even a debate. Barcelona’s start to the season was, to say the least, shambolic. I’ve watched this team religiously for the better half of a decade. Admittedly, recent years have not been the greatest; what was once a universally feared team was wiped out of Europe annually, without fail.

I have not shied away from calling the team a number of names which, respectfully, were well deserved: terrible, demotivated, awful, hopeless, even unbearable. The statistics for the season speak for themselves but there was something different about Barcelona this season.

Something different from the 8-2, Roma, or Anfield. It wasn’t that I felt I was watching a shocking or agonising Barcelona. It felt as though I wasn’t watching Barcelona at all.

Messi leaving, in many respects, changed the identity that I ascribed to this team. Its spirit, its core, its foundation. It’s a hole that, openly, could not be filled by anyone else.

But it wasn’t even the overwhelmingly positive sporting contribution that he would inevitably have that made it so easy to want him back. It was just how much he deserved it.

In truth, the way we played at the beginning of the season was inevitable. Ronald Koeman was never going to be a world-class manager but there is only so much blame you can assign when a team loses its entire system in the form of a single player.

Europa League football, 11th in the league, and the attacking record? It was unprecedented but predictable.

What was not so predictable was just how much Xavi Hernandez would be able to restore FC Barcelona.

Fresh out of the Qatar Stars League, with just two years of managerial experience before taking over, arguably, the most broken football team at the time, the odds were stacked against him. Those who doubted his signing might possibly look foolish in hindsight, but it is truly hard to fault them for it.

That childlike wonder with which people looked upon FC Barcelona was restored: there was finally a system, a philosophy, a project, and a future. Barcelona were Barcelona again.

Dani Alves, Pique, and Busquets in the squad, Ferran Torres resembling David Villa, Pedri looking like the second coming of Andres Iniesta; it was an uncanny restoration and history was repeating itself, only without a certain Argentinian.

And that’s precisely what makes this so hard.

Football has changed. The reliance on individual brilliance has significantly diminished and the need for a well-functioning, adaptive system has increased.

Look no further than Pep Guardiola’s Manchester City, Thomas Tuchel’s Chelsea, or even Xavi’s FC Barcelona. It isn’t a single player that one could point to their successes, but instead the tactical aptitude and cohesive unity of the squad.

Even the most rudimentary analysis of Xavi’s tactical setup reveals that a system is precisely what he is trying to build: each and every dominant performance under this Barcelona team can be chalked up to tactical brilliance relying on the functioning of the team as a unit.

Each and every player has a role to play and those who once seemed past their best are finding their form again, while others such as Frenkie de Jong, Pedri, Gavi, Ferran, and Araújo are proving to be world-class pieces in a highly promising system.

The former midfield legend is, to say the least, getting the best out of each and every player he has available.

Lionel Messi is a managerial cheat code. Time and time again, the Argentinian has masked tactical laziness with overt individual brilliance to bail Barcelona out, tremendously reducing the onus on other players to pull their own weight. Lionel Messi, after Luis Enrique, was the Barcelona system.

That isn’t at all to say that a well-functioning system with him is impossible. Enrique and Guardiola’s Barcelonas are both examples of teams that, alongside Messi, were highly productive arrangements capable of winning everything available to them (as we’ve seen). The difference is that such systems are built around Messi, not with him.

Even Guardiola built his tactics to accommodate the Argentinian, and that’s precisely what the roles of other players were predicated on. This is, of course, to no fault; it’s an inevitable symptom of having the greatest player of all time playing for you. He’s simply that good.

There will eventually have to be a system without Messi and to build a system around him at 35 and basing the roles of incredibly promising young players to feed him seems to be tactical suicide.

The benefits of developing players on their own accord are visible in Frenkie de Jong, Sergino Dest, Ousmane Dembele or Ferran Torres. That doesn’t mean that they’re incapable of playing like they currently are with an albeit ageing Messi in the squad, but Barcelona needs a system that plays for itself.

The Blaugrana will have to get used to life without Messi, and in many ways, they have. Sooner than expected, even, by creating a system based on tactical competence and fluidity rather than individual aptitude in a project that looks capable of being incredibly competitive.

Messi’s role in this current Barcelona isn’t too clear either. Xavi places highly defined and clear roles for all his players (which, in cohesion, builds a Cruyffian total football model).

His wingers, unlike those used by Pep Guardiola from 2009-to 2012, have far greater responsibility going wide than they do remaining in half-spaces and making runs inside.

Instead, the full-backs play in the half-spaces as auxiliary midfielders to create numerical strength and retain possession. In other words, Xavi’s wingers have a larger “pure winger” role than Messi is used to playing.

The Argentinian notably plays as a false winger who drifts virtually all around the pitch and retains a heavy playmaking second striker role.

This, itself, doesn’t slot right into Xavi’s system, and even if it were to be entirely changed to accommodate the greatest player ever, it will do so at the cost of the long-term system project. One that would have to supersede however many years Messi has left.

The Blaugrana have, at last, found a system that works without Lionel Messi. This was inevitably necessary, seeing as he isn’t capable of playing forever. Naturally, this required rethinking how Barcelona ought to play after 13 years of a heavily Messi-centric system, and Xavi seems to have found himself leading a promising, long term project.

To undo this vision and bring back the greatest Barcelona player ever is, in a variety of aspects, antithetical to the demands of a long term project.

This doesn’t at all suggest that the Blaugrana are in any way more competitive without him – quite the opposite. The problem is that reconstructing a system around the Argentinian is understandably going to create tactical reliance, both from a coaching perspective and the players.

The perils of this have been seen the various times Barcelona collapsed when the 34-year-old was rested or injured.

The burden on other players to lead and set the competitive example for the team is immensely heightened in his absence, and that is something that must remain if Barcelona hope to remain a dominant force in Europe for years to come.

There is no question that he deserves a return. Reasonably, he’ll get one. Camp Nou will see Lionel Messi home again, whether as a player or in an administrative role.

That said, the long term future of the club must adapt to life without the greatest player of all-time through a new, modern system with a promising crop of young players.

To stunt that puts a player above the club, and – although Messi and Barcelona have been synonymous for a decade and a half – the club is certainly above any other player, even him. And his return should, for the greater good, be in a different capacity. Given his love for the club, it is most likely what he would want himself.

Everything that Barcelona have had in the last 15 years is owed to him. He has provided, without a doubt, a new standard for the sport.

There will simply never be a player like him, and for him to have spent his career at the Catalan capital is nothing short of an absolute privilege for Barcelona fans.

This is undoubtedly the greatest player to ever grace a football pitch, and the one he happened to grace was the Camp Nou. Words can’t describe the player and person he is, and I won’t try to express it. We know who he is. He’s Lionel Messi.