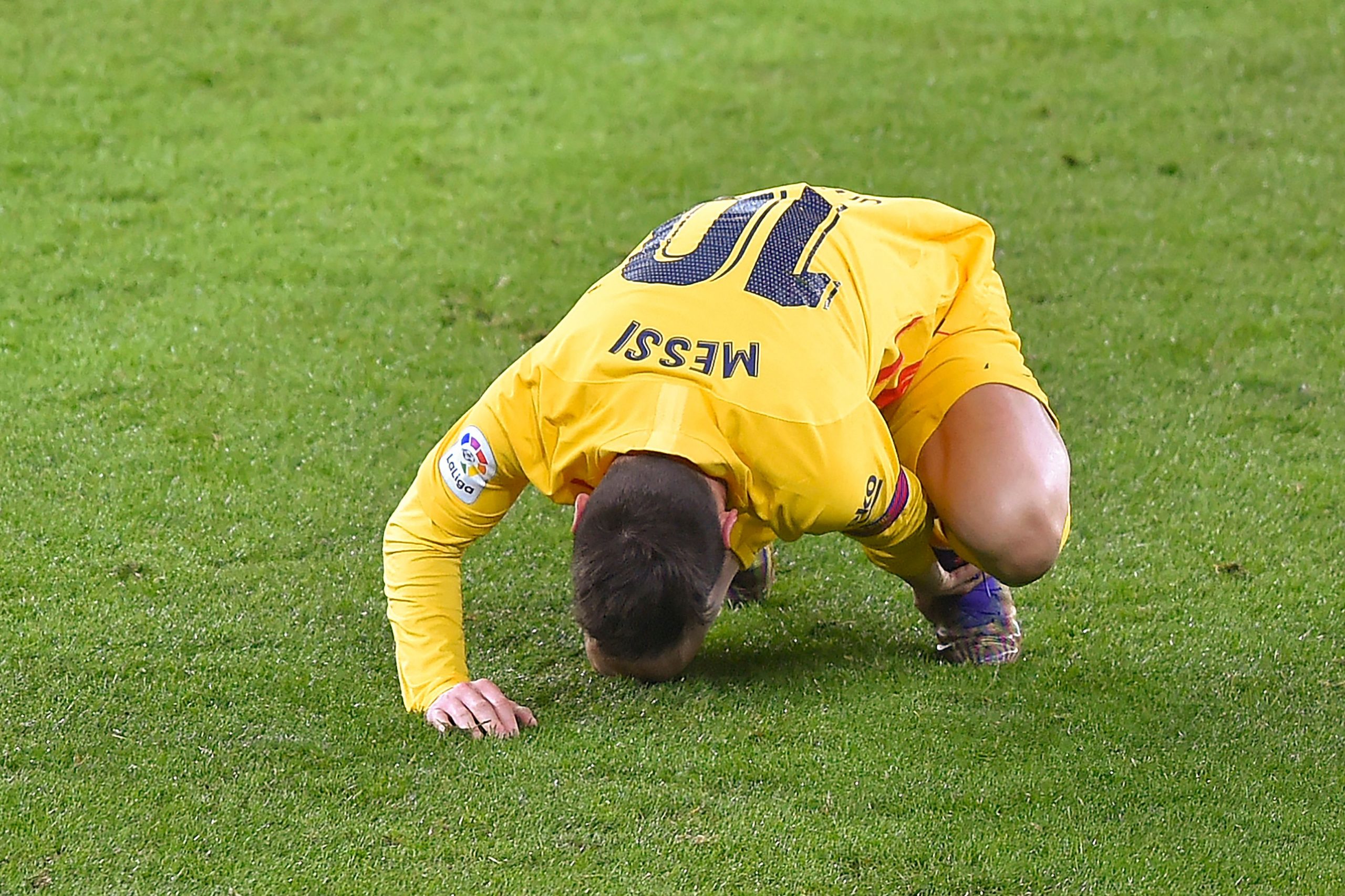 According to a report published by El Golazo de Gol, Lionel Messi’s situation at the club is complicated as it stands, and him playing in the final of the Spanish Super Cup seems far from likely right now. He picked up an injury against Granada in the 4-0 whacking and was immediately substituted after a conversation with Ronald Koeman on the touchlines. Consequentially, Barcelona had to lineup without Messi against Real Sociedad in the semi-finals of the Supercopa de Espana.

Barcelona overcame Real Sociedad in the semi-finals of the competition with Marc-Andre ter Stegen leading the club through the mud with a performance for the ages. Ousmane Dembele and Antoine Griezmann could only do so much in the absence of Messi, and it was more than visible as the Blaugrana hit just one past the Alex Remiro.

However, according to the report, the six-time Ballon d’Or winner, who was in the stands watching the game, wants to play in the competition’s final. Though, his injury might prevent him from doing so, as Ronald Koeman will have his eyes on the La Liga. Barcelona have just started to climb up the rings in the table, sitting in third, and hindrance to Messi’s season can create a mountain of problems for the club.

The Spanish Super Cup final can be the ideal time for someone like Griezmann and Dembele to step up massively and take the mantle from their club captain. Their combined transfer fee of €250 million has often been the subject of criticism, but it can largely go away if they deliver against one of Real Madrid or Athletic Bilbao