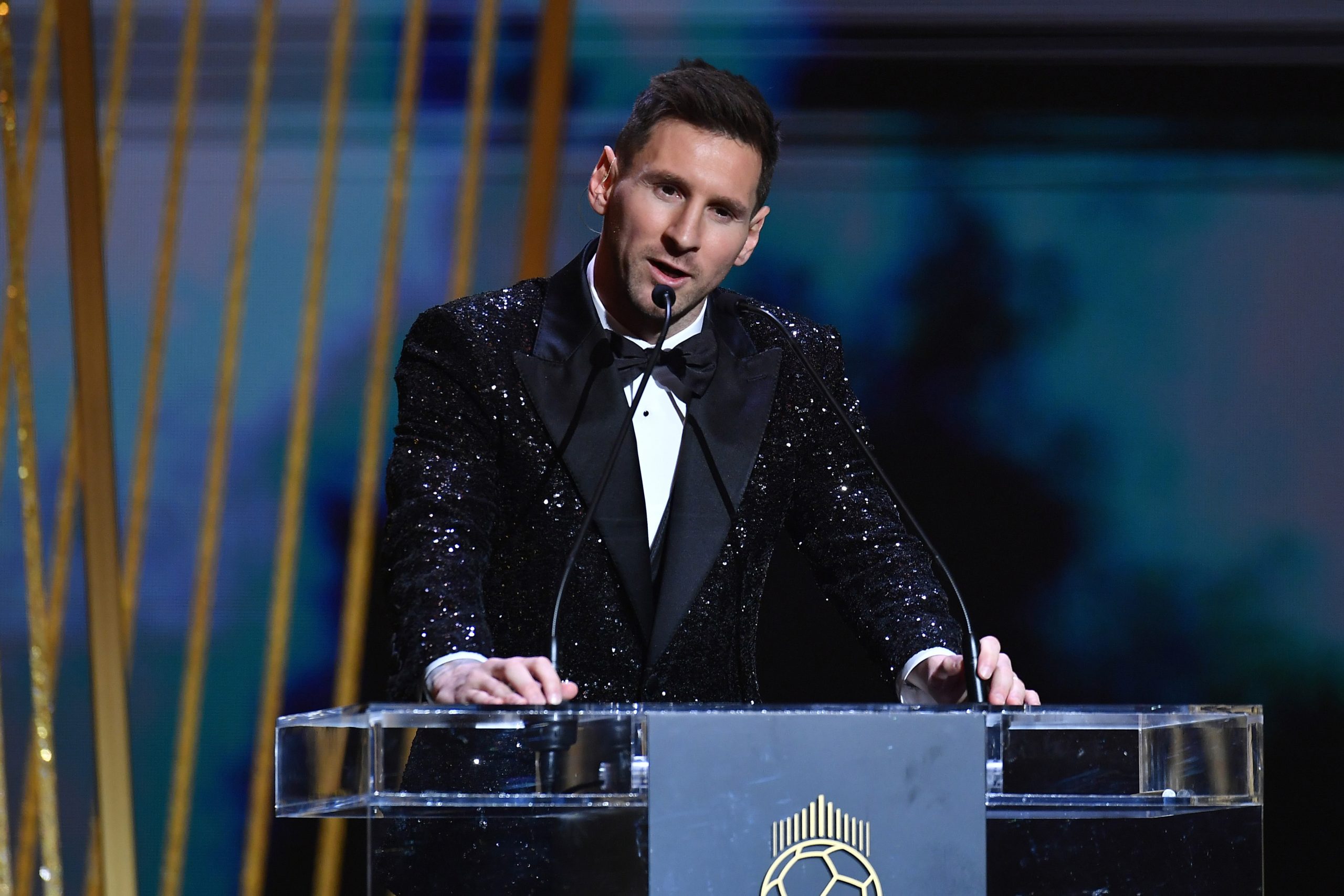 Lionel Messi has done it again, taking home Ballon d’Or no. 7. And it’s an occasion to rejoice for Barcelona fans as it comes on the back of his performances in the garnet and blue through 2021.

Messi was up against goal-scoring machine Robert Lewandowski for the award but edged him primarily courtesy of his sensational Copa America. He ended the tournament with the most goals and most assists, eventually picking up the award for the Player of the Tournament as well.

In conversation with Didier Drogba during the ceremony, Messi gave a heartfelt interview about the award, Barcelona, Argentina, and even his rival for the year – Robert Lewandowski.

“Indeed, it is a pleasure to be with you today.”

He started off by addressing his past, and the turbulence he faced, along with his departure to Paris Saint-Germain.

“During the past seasons there were difficult moments, no one knew what would happen in the future. There was talk of a change of destination and then I settled in Paris. I am happy, I want to continue my journey and my path.”

He then quickly moved to show his gratitude towards people important in his life, starting with his family, who were there with him at the theatre, hyping him endlessly.

“Of course I dedicate this award to my wife, my children, my family, my father, my mother, and all the family members. For the first time, I won the award with a club in this city.”

“It was a great honor for me to compete for the award. I would like to thank Lewandowski, I’m proud to have competed with him for this award,” he continued.

Ever the humble man, Messi did not forget to give Lewa his fair share of praise, even calling the 2020 Ballon d’Or in his favour.

“Lewandowski deserved the Ballon d’Or last year. Everyone was in agreement, you (Lewandowski) should have won it. I hope France Football can give you what you’re due so you can keep the Ballon at your home.”

Of course, he name-dropped Copa America, which undoubtedly gave him more joy than he could’ve ever imagined.

“I needed to win the Copa America. It wasn’t easy.”

When asked if he had an eight Ballon d’Or in mind, Messi laughed and said, “I’m not thinking of winning the eighth or ninth Ballon d’Or. All I care about is achieving success with my team.”

Messi also talked about Barcelona and the rather rocky season they had.

“I had a good season in Barcelona, ​​we didn’t win the league or the Champions League, but it was a good year and we won the Copa del Rey. The Copa America was very important in order to win the Ballon d’Or.”

While the award was largely given for his plaudits with Barcelona and Argentina, Messi officially became the first player from PSG to win the Ballon d’Or. And he ended his interview with just the same.

“I have achieved many individual awards with Barca and now with Paris, it is an honor for me to be the first to achieve them with this club’s shirt.”