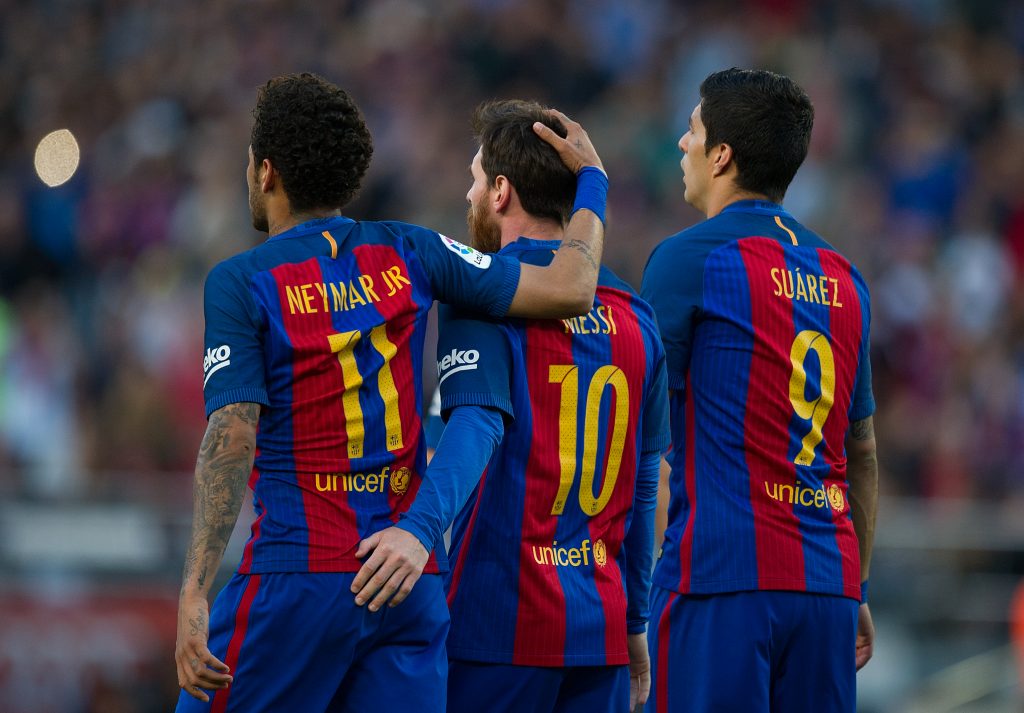 Barça’s three years with Messi, Suárez and Neymar, a front three that had by name MSN, were truly magical. A trip down memory lane wouldn’t hurt for culés.

Once upon a time in Barcelona, three magicians were united to show their tricks every time they had an outting. It feels like Barcelona has always been a city of sheer attacking brilliance and magic. The city is an absolute theatre on its own and lives from its football as if it was its lungs. Football has never been more brilliant than when Johan Cruyff or Pep Guardiola have guided their teams to success with their bold principles and their positivity towards the game. Intensity, pressing, ball circulation and Juego de Posición, all is there to play a mesmerising brand of football, which shall not be named tiki-taka as the great Pep once suggested. Tiki-taka is useless ball circulation with no purpose and forward thinking behind it.

The style of play that is played by those geniuses is an attacking masterpiece that requires incredible talent and above average ability. Indeed, one of the biggest reasons Guardiola struggled a bit in his first season at the Etihad is that he didn’t have technically gifted attackers as Raheem Sterling, Leroy Sané and Gabriel Jesus weren’t as mature as they are nowadays and his team suffered a lot offensively in the process. At his boyhood club, Pep played with a 4–3–3 consisting of three superb forwards that had the technical ability to dribble 6 players and score like Leo Messi did against Getafe in 2007. The trend of having an illustrious front three continued throughout the years and, ever since the tactical approach became more pragmatic under Valverde, the attackers seem to rely too much on their talisman Leo Messi.

Together, the MSN conquered all of Spain and Europe

However, in the 2014/15 term, Luis Enrique opted with a top heavy 4–3–3 and it worked for him. Lionel Messi, Luis Suárez and Neymar Júnior were the three aliens in the squad and carried their team even though they were helped by their outstanding supporting cast. In fairness, MSN wouldn’t be the same had Iniesta not run the whole length of the pitch to assist Neymar against PSG in the Champions League quarter-final, or if Pedro Rodríguez never scored in his last ever game in blaugrana. However, the South Americans were Barça’s main focus for almost three years and developed a friendship that never stopped growing after that game against Atlético de Madrid in January of 2015.

For years, the squad relied on those three and they rarely failed to deliver. The opposition were petrified every time they had to go against a front line that scored 365 from Luis Suárez’s hard debut against Madrid that ended in a 3–1 defeat, to their last display against Alavés in the Copa del Rey before Neymar decided to pack his bags for Paris. 365 goals in 3 campaigns. A baffling and terrifying stat that made the side win a lot against any rival.

Their first iconic game is surely that night against Atlético in January of 2015 in La Liga. It’s fair to say that the three of them didn’t have much chemistry in their first few months in Catalonia together. Their first game together was absolutely abysmal despite, in the first minutes of the game, the culés saw glimpses of what they were capable with Neymar scoring his first Clásico goal in 4 minutes in October of 2014. That was 4 months after Suárez’ bite on Chiellini, which got him suspended from any involvement in football for the next months, and he had a baptism of fire in a heavy defeat that didn’t matter in the end for the azulgranas.

In the Champions League group stages, they struggled but got through as winners and were drawn against Manchester City in the round of 16. After that disastrous afternoon against Real Sociedad at Anoeta that started in shambolic fashion with a Jordi Alba own goal and ended in a goalless loss for Barcelona, Luis Enrique’s seat wasn’t as comfortable as it seemed and Lucho had to get through it and find solutions, quickly. The three up top began to take matters into their own hands and scored goals left, right and centre and no one could ever catch them.

In the Clásico that followed, Suárez scored the winner at Camp Nou and the league looked like a walk in the park. In the second half of the campaign, they were a truly unstoppable force. And they carried from their treble-winning season, in which they outscored the best of the best in Manchester City, PSG, Bayern Munich and Juventus, like a storm scoring lots of goals and looking as if they were going to win the treble again. However, Atleti was in the way again and their own Cholo‘s game plan worked and stopped the MSN. Domestically, nonetheless, they played a superb brand of football and were once again crowned La Liga champions with Suárez winning the Golden Boot. That course, the absolute best striker in the world was Uruguayan and had a fine eye for goal. Suárez destroyed sides on his own and there were even some games where he scored 4 and assisted 3, as if it was normal. He reached 59 goals and 40 of them came in the league, an absolute mythological beast.

“The friendship that we had was something very beautiful. What I miss from Barcelona and about Barcelona is these two, due to the joy we had on a daily basis”
–– Neymar, on Messi and Suárez

It all started to fall apart a year later, though. Although the MSN scored lots once again, the lack of balance in the team was clear. But the MSN had one final sensational game. Losing 4–0 at the Parc Des Princes and being pocketed by a defence composed of the likes of Thomas Meunier and Presnel Kimpembe was hard to digest for the Catalans and they had plans to overturn that first leg defeat and win the tie on aggregate. Like Luis Enrique said it, “if they can score 4, we can score 6” and Neymar wasn’t inclined to accept defeat either and had “99% faith” even if there was “1% chance”.

Neymar was the driving force of 2017’s Remontada against PSG, the club he would then join to put an end to the MSN

The Brazilian took matters into his own hands and absolutely destroyed his future side with a performance that ensured tension for the final minutes. On minute 88, with the score being 3–1, Neymar scored a superb free-kick to make it 4–1 and his transformed penalty accompanied by his assist to the hero of the night Sergio Roberto were the reasons why Barça qualified to the quarter-finals, only to lose to a better Juventus side. After Neymar departed, nothing was ever the same and the blaugranas are still searching for his successor in vain. All in all, MSN’s superb displays in three years made them enter the club’s hall of fame and arguably made them the best trio to ever play football, let alone for Barça. Their trophy cabinet is now littered with achievements and records that seem unbreakable. Football was truly spectacular with them in the same team.

Messi, Villa and Pedro: Tridents
What did you think of this article?