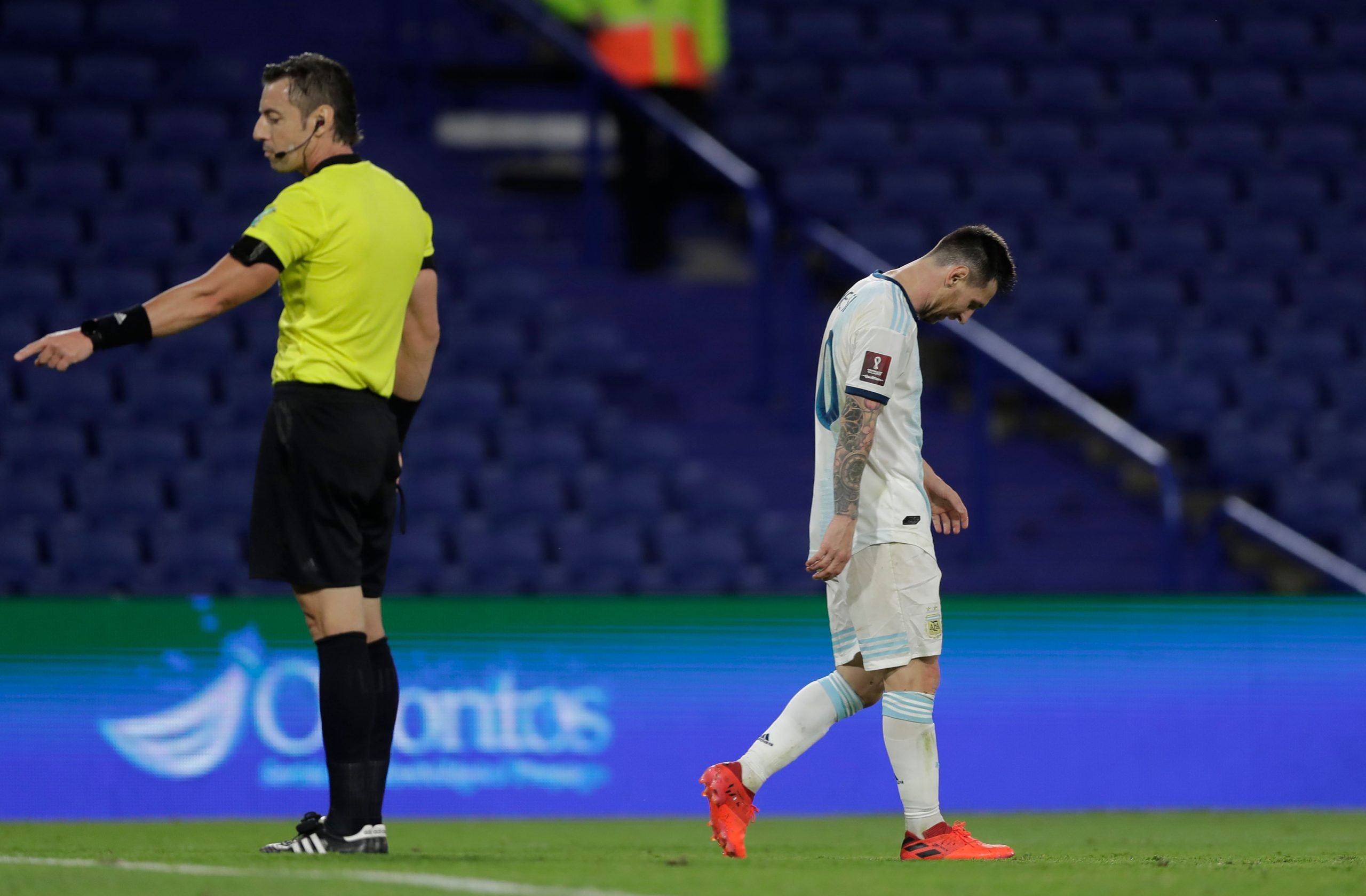 Lionel Messi and Argentina will always be entangled in a unfortunate, what-if story. So many times Barcelona’s icon was on the precipices of glory, only for it to be taken away from him in a rather tragic turn of events.

And while nothing of such magnitude had happened yesterday, it was still another infuriating moment for Leo to add to his national team resume. Going into the second half, and following Paraguay’s initial lead through a penalty strike from Ángel Romero, Argentina were 1-0 down.

However, they managed to crawl back into the game, courtesy of a nice header from Nicolás González, some time into the final 45 minutes of the clash, and were so close to sealing the victory later on in the game.

Messi himself added the final touches to a wonderful strike that would see Argentina emerge as worthy victors but then, VAR had something to add, as it usually has.

VAR decided to rule out Messi’s winner goal vs Paraguay due to a foul coming 27 seconds before the goal.

🗣 — Messi after the game: “You screwed us twice.” [md] pic.twitter.com/tsKXISay8U

Apparently, the referee Raphael Claus decided there was a foul about 27 seconds prior to the goal. According to the Brazilian, Romero was taken down on the other side of the pitch, which eventually led to a recovery for Argentina and the attack that would lead to their goal.

But were it not for an illegal action, Messi and co. would never get in that situation in the first place, Claus claimed. Needless to say, this infuriated Leo, who faced the referee and even told him he had made two big mistakes in Paraguay’s favour on the night.

However, there was nothing he could do and the clash ended in a one-all draw.