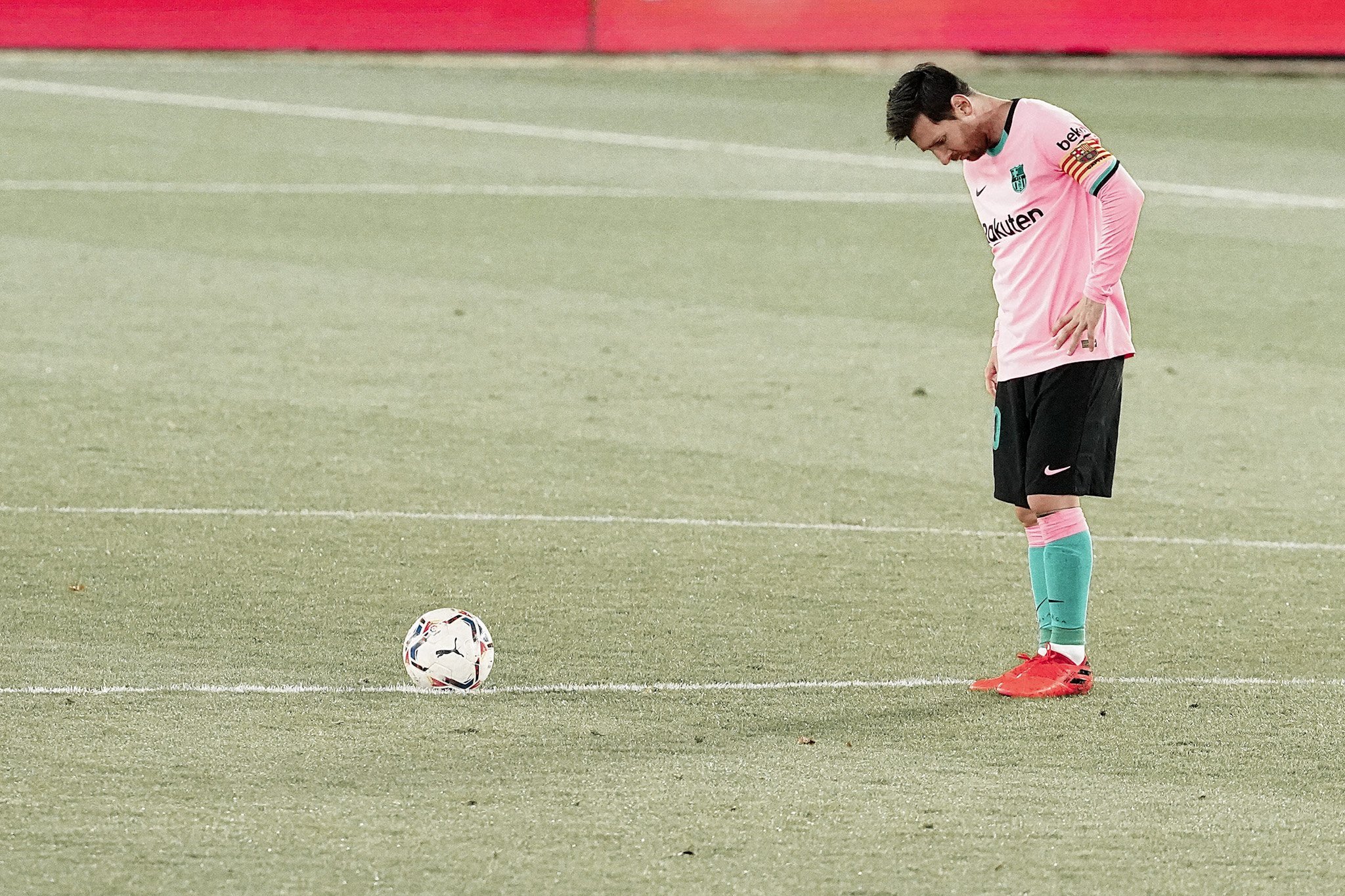 2020 has been very rough on most of us, what with a deadly pandemic raging on and life suddenly becoming that much more difficult. But even if you put all of that aside and focus solely on Barcelona, things have been nothing short of a rollercoaster ride with a few ups and far too many downs.

2020 will also be remembered as the year when the Blaugrana almost lost one of the most influential players in the history of the club. Lionel Messi is Barcelona and Barcelona are Lionel Messi. We know it, they know it and the world knows it as well.

Of course, he was forced to stay, that much we can say for sure. After all, he admitted his desire to leave publicly, stating the time has come for a change for both parties. Barcelona have to evolve somehow and unfortunately, they will have to do it without him. For now, though, he’s here but many fear he’s simply not the same.

He’s scored only three goals in the ongoing campaign, all three from the penalty spot, and his game as a whole seems to be suffering. The latest proof was in the fact that he lost the ball 27 times against Deportivo Alavés as Barcelona only managed a one-all draw.

The Messi of old wouldn’t allow that to happen, would he? But context, as ever, is crucial here. Messi loses a lot of balls simply because he’s constantly trying things, experimenting, risking it all to find that perfect pass, a dribble that will create something out of nothing.

After all, he’s one of the few creative sparks Barcelona have and in 2020 more so than ever, Leo has taken the role of the distributor and the conductor. Interestingly, the stats backs this theory up.

With the exception of goals scored, which have decreased from 0.86 per game to 0.56 per game, the 2020 Messi is outperforming his 2019 self in almost every category imaginable.

A player of his calibre doesn’t just lose all of his ability. But the whole premise of a rebuild was to alleviate some of the responsibilities he has and make Barcelona a team again. This means the focus will be on teamwork and not on Messi saving them week in, week out. It also means others will have to score some goals themselves while Leo dictates everything from the back.

It may seem like his influence is diminishing but in reality, he’s the mastermind behind it all – dictating, coordinating, and making it tick.

Because that’s what leaders do.