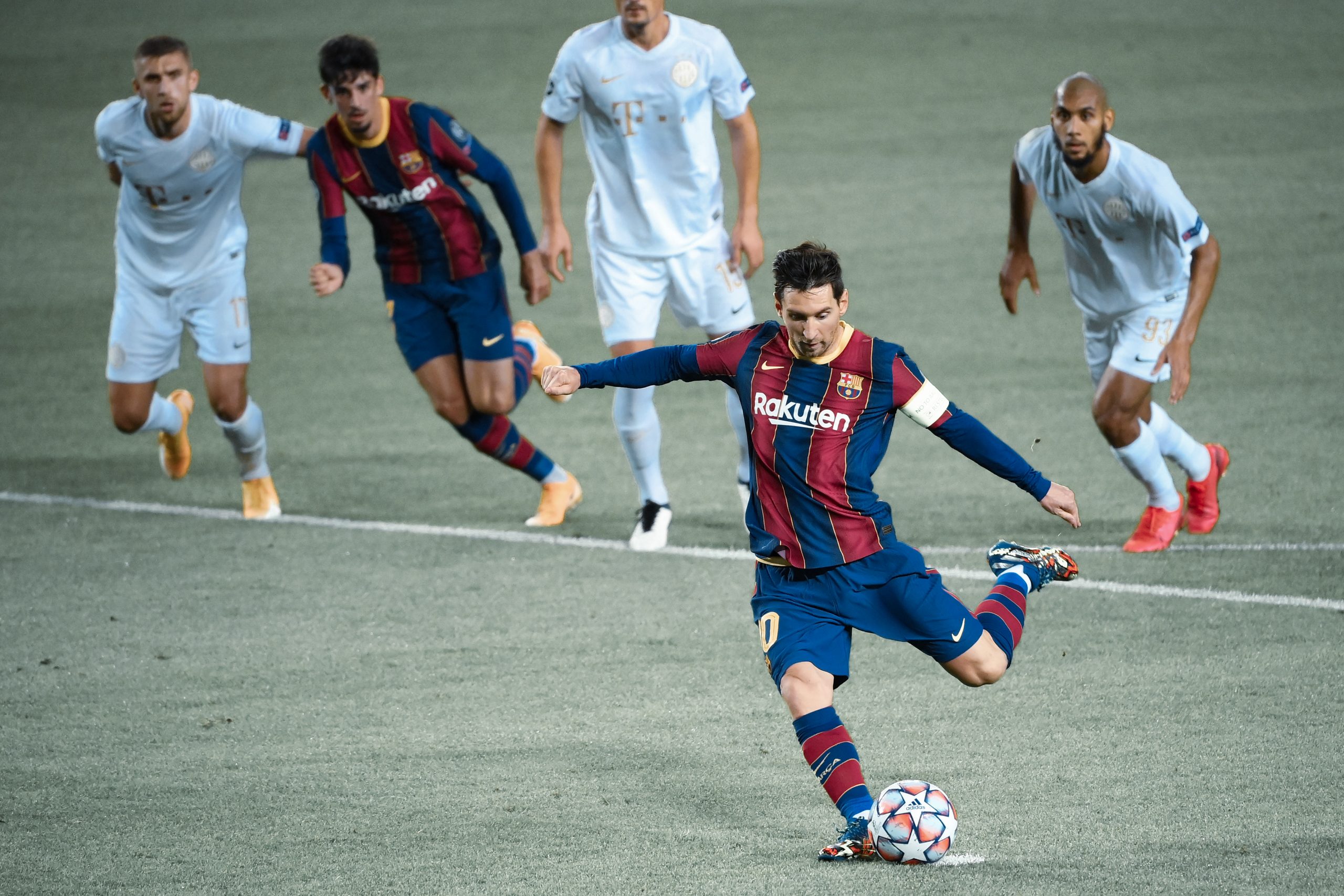 Lionel Messi continues to break records despite coming close to the twilight of his career, making fans jump in the match against Ferencvaros. Every football fan knows that for the Argentine, team performance is more pivotal than personal acclamation. However, lately, Barcelona’s talisman was struggling a lot in the new system. Just when the fans were about to believe that the alien magic might never happen as part of Ronald Koeman’s Barca – it happened.

The abysmal start of this season showed a lack of thrill in Barcelona’s captain under Barcelona’s new boss. The speculations had already begun that the relatively cold Messi-Koeman relationship will affect both the captain and the overall team’s performance. These conjectures got more hype when Messi magic failed in La Liga’s four matches so far.

Slow start of the season

While struggling in a new role, Lionel Messi was able to score only one goal, which too was from a penalty. It is needless to say that the key caveat behind this was Argentine staying at Camp Nou against his will.

His performance in the league raised questions over his passion, and his keenness to be a part of the team anymore. Fans predicted that Messi would not be able to blossom under the new coach’s tactics. It was not about physical and technical challenges the talisman was mentally struggling too.

During this chaos, things got worse when the forward failed to save Barcelona from Getafe as they fell 1-0 to the Madrid outfit in La Liga on Saturday. This defeat was the final nail in the coffin full of opinions that the best ever is not dedicated enough to save the Catalans anymore.

When the Blaugrana’s savior is constantly struggling in new positions and the overall team’s atmosphere is woeful, it is natural to lose hope. However, whenever the world doubted the king, he has proven it wrong. Thus, the talisman’s loyalists kept praying for the miracle.

Tuesday night came with that long-awaited miracle. Barcelona’s superstar continues to break records, stealing the headlines. He once again managed to prove the world wrong in a 5-1 victory game against Ferencvaros in the Champions League.

Lionel Messi had the fans and the opposition both left in eye-gazing awe, as he broke three records in a single game against Ferencvaros.

Barcelona’s captain opened the scoring from a penalty while leading the team on the four other occasions. Back in 2005, at the age of 18, Messi scored his first goal in the Champions League, and as now equalled Ryan Giggs’ record for scoringi in 16 seasons straight.

Messi also further pushed his own record of scoring the most goals in the Champions League group stages by scoring his 69th goal yesterday, pushing him six ahead of Cristiano Ronaldo, who is second in this list.

Additionally, with his goal, Ferencvaros became Messi’s 36th victim team in Champions League. He was previously the record holder at 35 games, which makes it even more bizarre.

Barca boss admitted before the game that their superstar is struggling and could do better. However, Koeman’s prediction came true when he was full of praise for the Argentine after the game.

All these records add to the impressive Champions League collection of Lionel Messi. Putting the records aside, his performance during this match was pleasing to see. This game came as a signal that the curse has been broken and good things are on their way. Now, this can be further strengthened against Real Madrid this weekend.