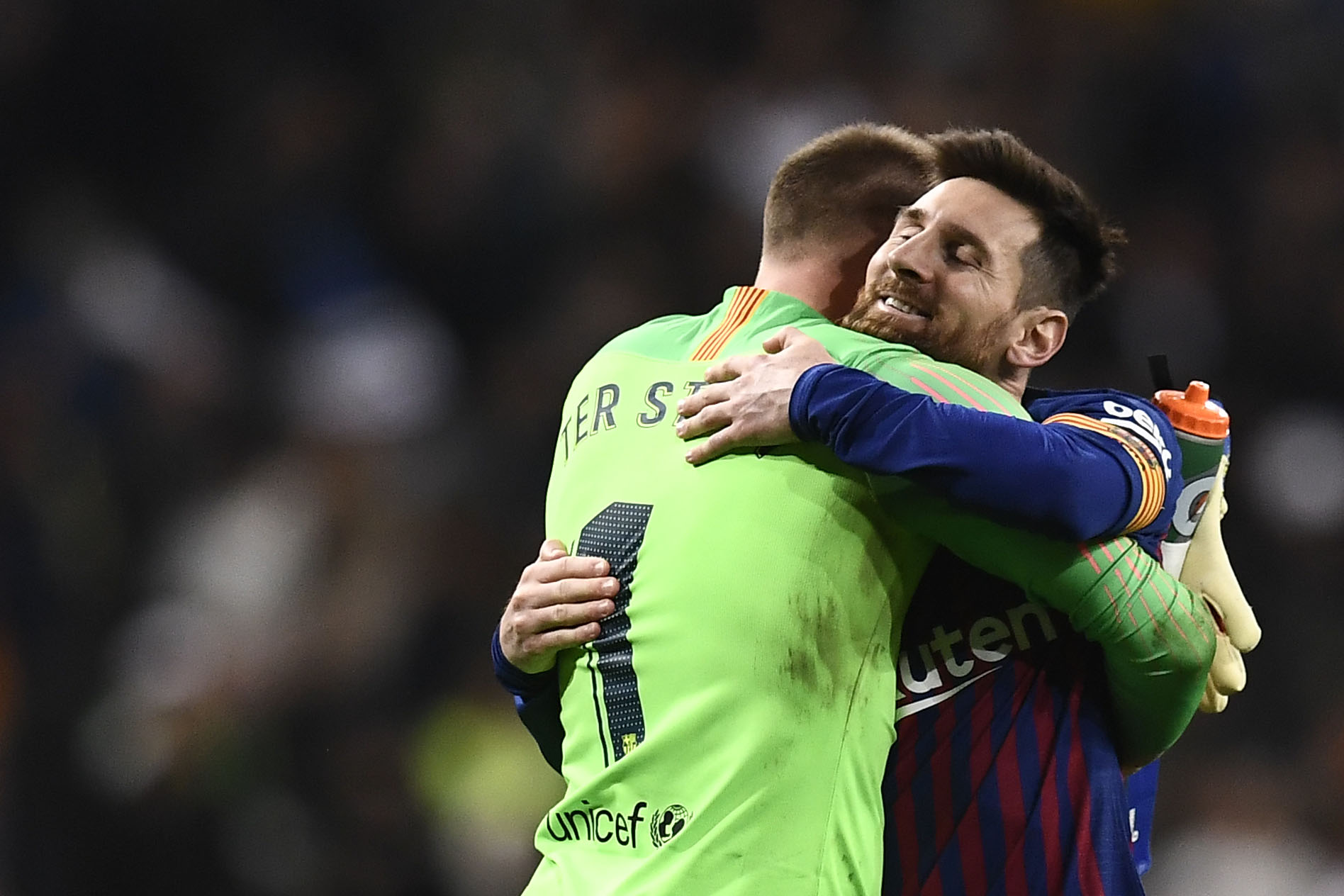 The two were known for their fractured relationship and had even clashed multiple times in the dressing room.

They were most notably involved in a reported bust-up in early 2021 when ter Stegen was infuriated with Messi’s decision to vote for Keylor Navas, Manuel Neuer and Jan Oblak ahead of him, for FIFA’s Best Goalkeeper Award, as per reports from Diario Gol.

Later in January 2021, Messi and ter Stegen clashed once again after Barcelona’s Supercopa Espana semi-final against Real Sociedad. Messi, who did not participate in the game, was angered at ter Stegen and did not shake hands with him after Barça’s victory.

In a recent interview with DFB, Marc-Andre ter Stegen has confirmed reports of his fractured relationship with Messi. But that was not the most shocking part, as the German goalkeeper has also omitted the current PSG superstar from his dream XI.

Choosing from players he played with during his glittering career, ter Stegen opted for Marco Reus and Mario Gotze up front, with Frenkie de Jong operating as the lone number ten in a narrow 4-4-2 setup.

Along with Messi, ter Stegen has also omitted the likes of Neymar and Luis Suarez, but seven players did make the list. The only non-Barça players to feature on his list were Blaswich, Rudiger, Gotze, and Reus.