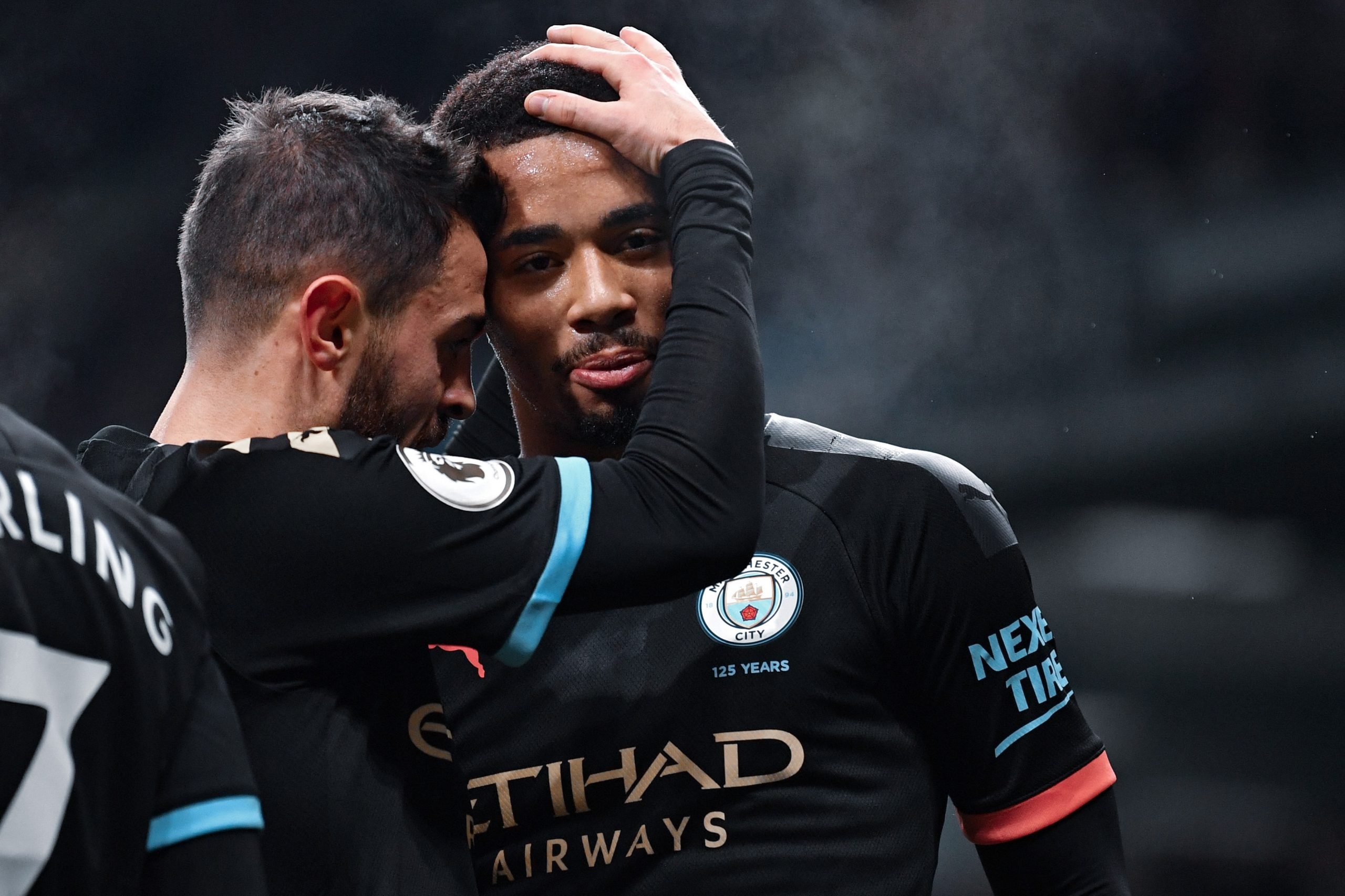 While it is still a complex and very unlikely deal, in the event that Lionel Messi ends up leaving, and not for free, the main rumour involves a swap deal with Manchester City which would see Barcelona get 100 million euros, Eric García, Bernardo Silva and Gabriel Jesus in return. Who would be the winners and losers of such transfer?

In the most bizarre turn of events, Lionel Messi has turned the sports world on its head by declaring his interest to leave Barcelona after spending 20 years at the club. Reading a statement like this in the past would require you to read it twice, maybe clean your glasses or refresh the page. Or maybe Messi followed Chelsea again which has remounted a load of fake news like it did five years back. Sadly enough, however, it might actually be happening this time.

This news first saw the light of day through Brazilian journalist Marcelo Bechler, who reported that the Argentine had sent a burofax to the club telling them about his decision. The concerning part among all this is that Marcelo Bechler was the first to report Neymar’s departure to Paris Saint-Germain at a time when nobody believed it. Furthermore, these reports have been relayed by probably the most well-known name in football journalism: Fabrizio Romano, who confirmed Marcelo’s initial statement.

The same reports stated that Messi wanted to exercise a clause in his contract that allowed him to leave the club unanimously on a free transfer to a club of his choice. However, said the clause had an expiry date, and could only be put into action before 30 June – often regarded as the last day in football. But since FIFA extended the season to last until August, the clause in place could well be pushed further. Nonetheless, these are all part of the bizarre amount of news flying around for the last three days.

While Messi’s departure will not be resolved overnight, the player seems to be edging closer to it | Photo by Aitor Alcalde via Getty Images

Messi arguably is the greatest player in history and comes with a release clause to back that up: €700 million. No club in the world can pay that kind of money for one player, and even if they can, they will not thanks to the Final Fair Play – who, while largely incompetent, is hot on the trails of most top clubs. At the moment, Manchester City seem to be in pole position to sign Leo from Barcelona, courtesy of a certain Pep Guardiola and his incredible ensemble of players.

As of now, the only transaction making rounds suggests that the Sky Blues are offering Barcelona €100 million plus Gabriel Jesus, Bernardo Silva and Eric García to secure the services of Lionel Messi. While this is likely to change in the immediate future, the question posed to us if this arrangement is reasonable, and who are the winners and losers here.

Barcelona fans know a thing or two about 19-year-old centre-back Eric García, who left the Catalan giants to join Manchester City in the hope of getting game time and play under Pep Guardiola. This deal was pushed through by García’s agent, but more famously, Barça legend, Carles Puyol, who knew his client was better suited under a different management, and a different board.

Sadly, Eric has not been able to play as much as he would want, getting his senior team debut this season. That said, he has been a part of some big games since, like the clashes against Arsenal and Liverpool.

“Eric Garcia doesn’t want to extend his contract with Manchester City. I think he wants to join another club”

Pep Guardiola on Eric García, whose contract expires in 2021

With Gerard Piqué edging towards the last scaffold of his career, Eric García is the perfect replacement for Barcelona and is well versed with their football through his time with La Masía, and Guardiola. His performances on the pitch leave much to be desired for City fans, who might not be able to see him again in the Blues of Manchester. Him entering the deal alongside Bernardo and Gabriel Jesus, despite Messi leaving in the opposite direction, could be good news for the young Eric.

New Barcelona gaffer Ronald Koeman had already talked about Frenkie de Jong, and how he thought Barcelona was utilising him incorrectly. He was quick to address the same in his first press conference, saying that he would play the Dutchman as the anchor in midfield, close to the defence.

It is clear that Koeman is a big fan of De Jong, and we would see the 23-year-old starting games week in, week out. Sergio Busquets‘ spot in the team will likely be snubbed, with Miralem Pjanić and Riqui Puig taking the two remaining places, presumptuously. But the arrival of Bernardo Silva could mean another accommodation occupied.

Bernardo Silva had lost his starting spot this season under Pep Guardiola, but his class continues to be unquestionable | Photo credit should read Oli Scarff / AFP via Getty Images

Yes, yes, Bernardo’s 2019/20 season at City probably dictates otherwise, but the Portuguese midfielder is capable of much, much more. This was evident during City’s title-winning 2018/19 campaign, when Bernardo was deployed in multiple positions in the starting XI, including false 9, and excelled with minimal faults. So much so, he was a serious contender for the PFA Player of the Year, and was praised by Guardiola saying “What else does he need to do?”.

Another reason this will likely happen is that Riqui Puig and Pjanić are on the opposite ends of the age spectrum, and might not immediately thresh in with the rest of the team. At 26, Bernardo Silva is at the peak of his powers and can do most of what these two can: progress the ball to add creativity in the final third and create from deep. In spite of City seemingly unwilling to sell Bernardo, including him in an operation alongside Eric García and Gabriel Jesus for Messi could make perfect sense to see the best version of the Portuguese again.

Manchester City have not wasted much time this transfer window and have already completed the signings of Nathan Aké and Ferran Torres, with a deal for Kalidou Koulibaly on its way. Torres joined City after completing the best season of his career so far, on a bargain price of no more than €25 million. He was tipped to be the replacement for the recently departed Leroy Sané and boasts of a similar profile as well.

He may not be Guardiola’s first-choice winger from the first minute, but would have received quite a lot of minutes courtesy of the Spaniard’s habit to rotate his team regularly. That said, this could all change with the inclusion of Lionel Messi. There are not many players who can fight for a spot over him, possibly nobody. Such will be the case for Ferran Torres, who already has competition in the form of Riyad Mahrez, Gabriel Jesus and Raheem Sterling, but imagine his horror with none other than Messi joins that list.

Leo Messi already had the world at his feet when Pep Guardiola arrived at Barcelona, but the manager unleashed a different beast upon the world of football during his time year. The 33-year-old was awarded the Ballon d’Or four times in Guardiola’s four-year tenure, as Barcelona won three league titles and two Champions Leagues.

Guardiola has always praised Messi even after leaving the club and regarded him as the best player ever in several interviews. To work with him again would be a dream come true for him, and a horror for the 19 other clubs in the Premier League.

Mostly the loser, but in many ways winning: Barcelona

Barça and president Josep Maria Bartomeu would never recover from losing the best player in history, especially out of spite for the board. Not in several hundred years. The club would not only lose a considerable chunk of the fanbase, but it would also lose a lot in shirt sales, ticket revenue. This would eventually trickle down to a loss for the city, who would lose a lot of tourists who come there to witness the G.O.A.T. in action.

Moreover, it could end up impacting the club’s immediate future. It was always going to be easy to have a rebuild with Messi as the linchpin. Without him, the club will have to start from scratch which could cause a severe backlog in tournaments such as the Champions League. Let’s not even mention the meltdown it could cause within the team and in the dressing room.

On the other hand, getting three players, out of which two are renowned names in world football, and arguably world-class, could kickstart Barcelona’s overhaul. They would not have to go into the market looking for a striker like Lautaro Martínez, or a midfielder like Donny van de Beek, and possibly not even a centre-back. They might have to live in the shadow of Lionel Messi, but it fair to suggest at the moment, the entire world of sports is.