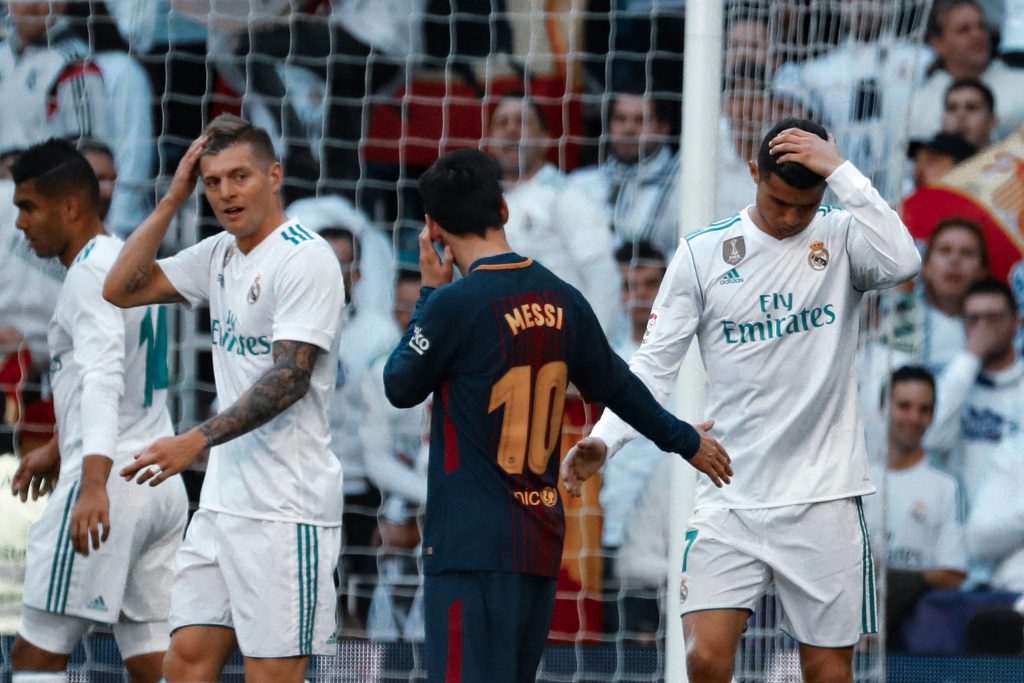 Often compared by their goals and titles, Messi and Cristiano Ronaldo both have exceptional playmaking qualities. But whose are better?

Everyone knows the goalscoring side of Leo Messi and Cristiano Ronaldo. Despite their many other virtues, it’s their consistency in front of the net was has made them break records regularly and be crowned as some of the best attackers to ever kick a ball. Three days ago we analysed how the goalscoring ratio of both had evolved with age, and their curves actually followed a similar pattern – in spite of Messi always being ahead. That said, as mentioned earlier, goals are by no means their only asset in their wide set of skills. What’s more: perhaps goals aren’t even their main asset. At least for Leo, who moves all around the pitch to act as a creator, midfielder, striker and quarterback, all in one. But how have his playmaking abilities been throughout his career compared to Cristiano’s?

As seen in the following box plot, which shows the average club assists per player per season, starting from the 2009/10 campaign, Messi’s figures are significantly higher to Ronaldo’s. Including the league, cup and Champions League, the Argentinian’s highest assisting record is of 28 assists, which came in MSN’s and Luis Enrique’s treble-winning 2014/15 course. The Portuguese’s record is of 22 assists in, curiously, the same 14/15 season.

Average club assists per season, starting from the 2009/10 | Graph by @Maluem_

Messi’s mean (green triangle) and median (yellow line) are both higher than Ronaldo’s. Regarding the interquartile range, which measures the difference between the 75th and 25th percentiles, Leo has a greater dispersion, also due to the fact that his numbers are higher and, therefore, there’s more upper and lower margin.

Meanwhile, when taking a look at their assists evolution, Cristiano Ronaldo appears ahead of Messi until the age of 22. By that time CR7 was still in England, recording in the 2006/07 term his maximum with Manchester United of 21 assists: 15 in the Premier League, 5 in the Champions League and 1 in the FA Cup. However, while until that time Ronaldo had a higher number of assists in Sporting CP and United combined, Leo’s ratio was starting to be higher.

Messi and Ronaldo’s assists evolution by age | Figures for club and country, by @Maluem_

The slope of the graph from Barcelona’s number 10 is substantially higher to the one from the Real Madrid legend. Messi, assisting at an outstanding rate between ages 22 and 24, currently has 261 assists for Barça in 718 fixtures in all competitions – 0.364 assists per game. By contrast, and despite being two and a half years older, Cristiano has lower career stats: 215 assists in 836 matches for Sporting, United and Madrid – 0.257 assists per game.

In conclusion, while Cristiano Ronaldo’s assisting record is by no means low, and may even be a bit overlooked at times, it is clear that Leo is a more complete and regular playmaker. Throughout their careers, including club and country, Messi has provided an assist every 238 minutes on average, compared to Ronaldo needing 365 minutes. An important difference but, nonetheless, two tremendously good records.

Messi and Ronaldo’s goal evolution by age
What did you think of this article?