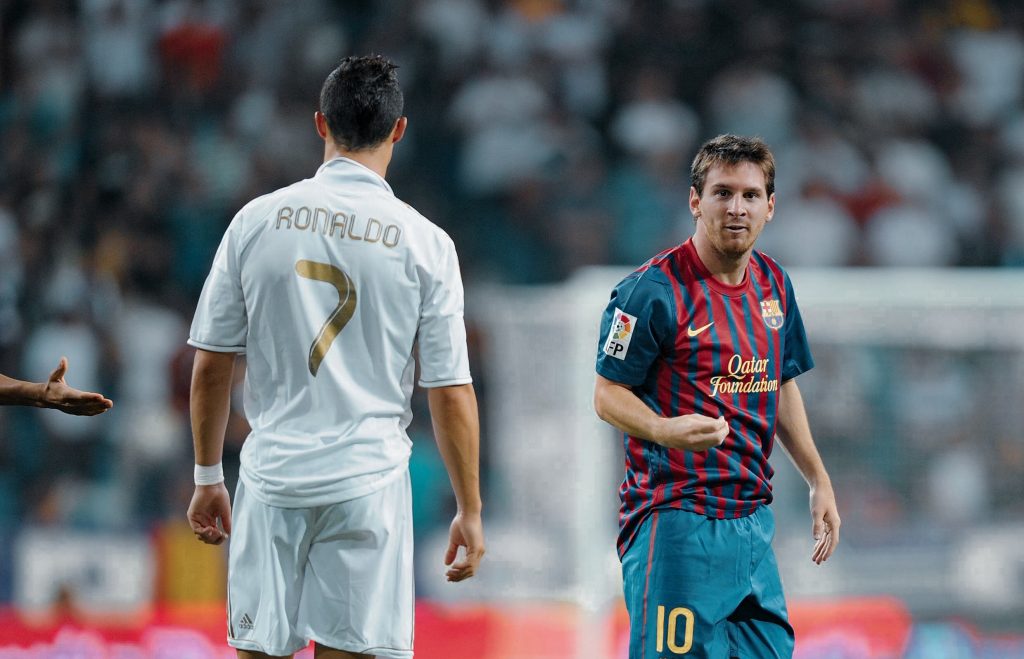 Leo Messi and Cristiano Ronaldo have been the two most consistent performers in world football for over a decade, and their evolution with age in terms of goals proves it.

Almost for the past 15 years, two monsters have stood out above the rest for their consistency, importance, statistics and records broken. Those are, of course, Lionel Messi and Cristiano Ronaldo. But not only have they been utterly dominant since they started to stand out when they were teenagers; they have almost got better with the passing years too. They are like fine wine: they get better with age. In Leo’s case, he has been expanding his set of skills and been maturing his overall game. From an electric and individualistic right winger, to a false 9 that found the net with unparalleled regularity, to an all-rounder that carries his team on his back through goals and also assists, creativity and dribbling. On the other hand, Ronaldo first was an explosive winger with unmatched physical gifts that terrified defences with his one-on-ones and capacity to create chances out of nowhere. As his physical conditions deteriorated, though, he knew how to reinvent himself by taking up a more central position, both in his final years at Real Madrid and during his time at Juventus.

Therefore, it is not surprising to see in the graph below how Cristiano’s goal rate increased significantly when he was 24 years old – that’s when he made the switch from the Premier League to Spain. At United he registered respectable figures at 118 goals in 292 games in all competitions, being the league’s top scorer in the 2007/08 campaign with 31 goals, but his numbers (0.404 goals per match) were still far from the ones he’d manage at the Santiago Bernabéu. With Madrid he scored 450 goals in 438 competitive appearances, with an outstanding ratio of 1.027 goals per game. At Juve, despite a slight and natural decrease in his ratio, he has found the net 53 times in 75 clashes – 0.707 goals per match.

Messi and Cristiano Ronaldo’s goal evolution by age | Figures for club and country, by @Maluem_

Meanwhile, Messi also experienced an impressive improvement in front of goal when he was young, but, by contrast, his goalscoring peak arrived when he was 24 or 25, scoring a historic 91 goals for Barcelona and Argentina in 2012. With that record he overcame Gerd Müller’s 85 strikes in 1972 for the most goals scored in a single calendar year. Leo’s goalscoring rate has continued to be unbelievably high, even if it was obviously impossible to match 2012’s astonishing numbers. In total, the little genius has 627 goals in 718 duels for Barça (0.873 goals per match), including his first appearances in the senior squad when he was a youngster.

Overall, while goals by no means are the only part of these two freaks’ game, it is clear how they have been maturing with age, both reaching a turning point when they were 24 years old. Messi’s ratio has always been higher than Ronaldo’s, but, all in all, we have to feel privileged to have been able to witness such consistent performers regarding football’s most prized asset: goals.

Radomir Antić, six brief but significant months at Barcelona
What did you think of this article?