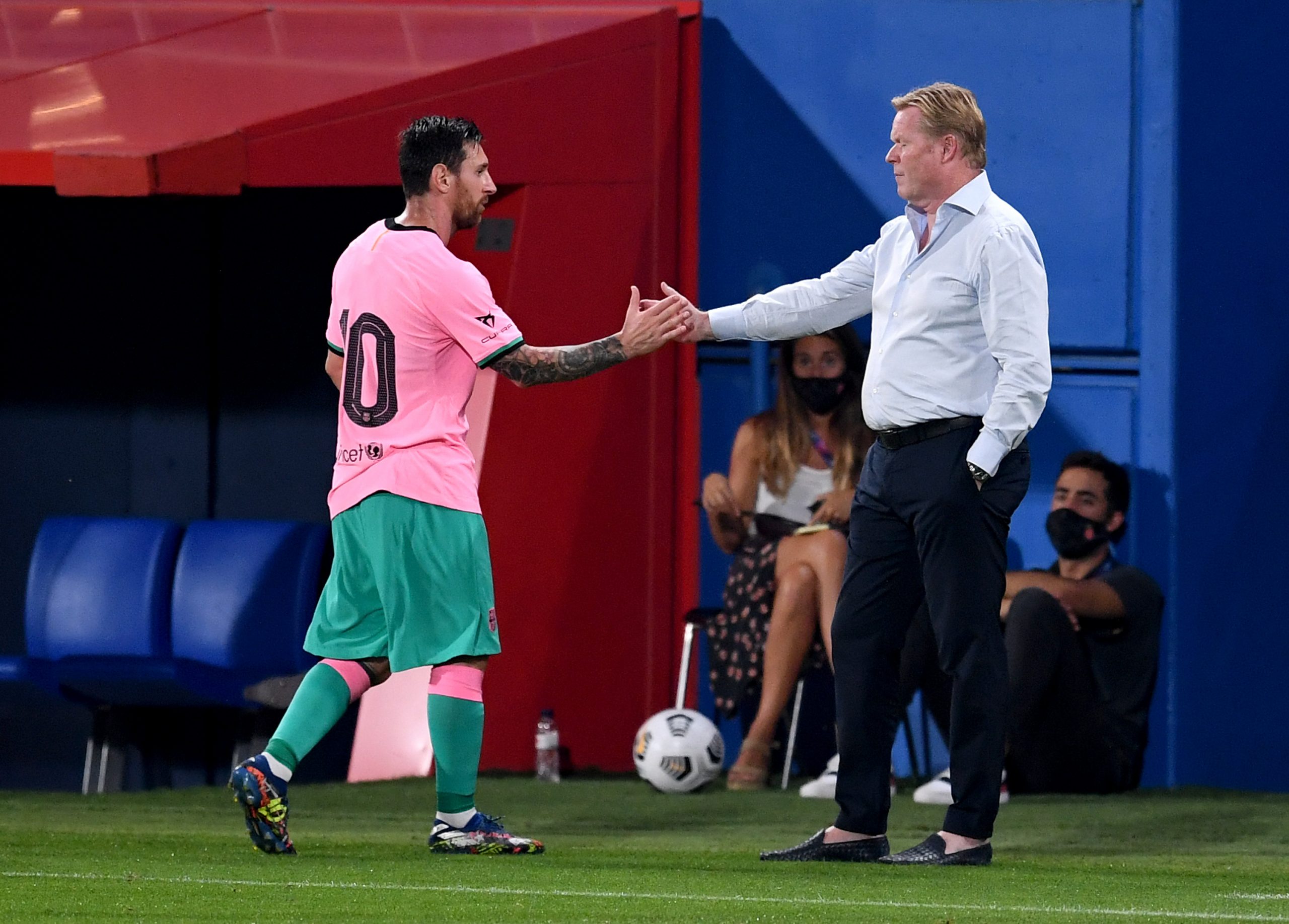 Just weeks ago, it seemed that Lionel Messi’s relationship with the club was beyond repair. He wanted to leave, we know that much, and we know how much he wanted it. And while the Argentine is still very much his otherworldly self most of the time, there were some signs that his heart was maybe not in it as much.

However, Messi is smiling again. Not only that but the game against Juventus the other night also showed us the vintage performance we’re so used to seeing week in, week out. Of course, he only scored from the spot, his third one this season, but it’s never really just about the goals with Leo, is it?

He was dictating play, creating chances, taking people on and guiding Barcelona to a dominant 2-0 victory. And then, at the end of the game, there was a great moment between him and Ronald Koeman.

? — Messi and Koeman hugging after the game. pic.twitter.com/aPFt6gvb9w

The duo hugged at full-time, signaling their relationship is improving step by step. And it’s really hard not to connect this to the resignation of Josep Maria Bartomeu and his board. We all know that was the major issue in Messi’s stained relations with the club and with him gone, could we see this bond restored?

Of course, Koeman himself is adamant his captain is motivated and hungry for more and they are indeed on the same page.

“The hug with Leo? My relationship with him has never been complicated. We have spoken clearly in the meeting we had. When he returned he has done everything to win and work to get to his best level. I just told him: ‘We have to kill off the game earlier’.”

And you could see how happy the gaffer was when Messi scored that penalty. Of course, happy because it secured the victory but also happy for his star player.

Times have been tough at Barcelona lately, both on and off the pitch. They lost the Clásico at home and before that, lost to Getafe as well. Doubt was on the rise surrounding Koeman, the team and Messi himself.

But with the two finally building a proper relationship, there’s nowhere else to go but up.