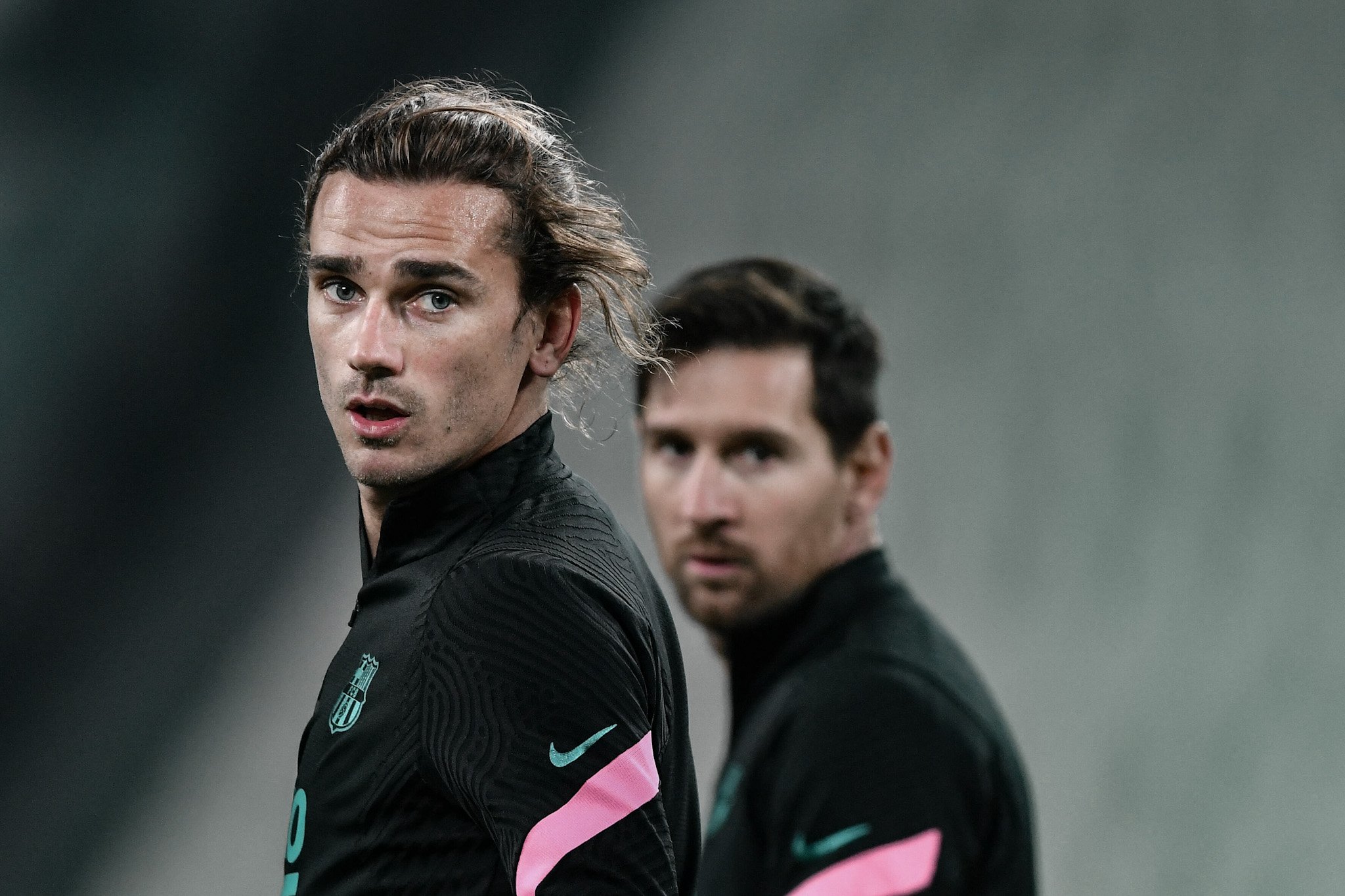 Barcelona’s triumphant 2-0 win over Juventus at the Allianz Stadium gave fans a translucent insight of the club’s progression at hostile territory. Having displayed a cohesive and fluent display, a multitude of optimistic conclusions were drawn.

One of the many takeaways proved to be the enhanced partnership of Lionel Messi and Antoine Griezmann, who shone together in the central areas of the field. Despite the duo constantly being accused of their inability to supplement each other, Leo and Griezmann were, for once, aiding each other; instead of overburdening one another with excessive responsibilities.

While this slight improvement in communication came at the cost of a natural attacking midfielder, it did not prove to be too detrimental in the grand scheme of things, particularly with ample width present and runners such as Ansu Fati and Ousmane Dembélé offering a constant threat in the wider areas of the field.

Their presence allowed Griezmann to feed off Messi, rather than occupy a stationary role, where he would typically be tasked to challenge the opposition through individualistic abilities.

At the end of the day, Koeman’s effectiveness to appease the Frenchman’s preference to operate as a pillar of a foundation bore both parties fruit.

Even so, in spite of finally extracting the recipe to success, the Dutchman appeared to have taken a step back with a controversial starting XI against Dynamo Kyiv. With Ansu Fati the only provider of width and Messi situated on the right flank – solely to accommodate Pedri’s inclusion in the middle – the World Cup winner was woefully a lost cause, failing to influence the game in any way whatsoever.

Although it’s become glaringly obvious that Griezmann’s grievances in front of goal are still a headache for any spectator watching, in the clash against Dynamo Kyiv, his embarrassing miss wasn’t the only subject of concern; it was especially his minimal contribution on the field that led to him being considerably rejected.

While young Pedri had warranted the right to feature after two exceedingly convincing performances, the former Las Palmas prodigy wasn’t exactly the ideal partner for Griezmann, who needed someone far more experienced and pliable alongside him.

The 17-year-old fulfilled his obligations relatively comfortably, yet he was by no means accomplished enough to complement Griezmann as well as frequently alternate roles, which subsequently led to incoordination and staticity in the attacking third. Had he featured in the very same position Ronald Koeman employed him in against the Italians, it’s fair to say the outcome could have been substantially different.

The World Cup winner thrives once placed in his niche. When Griezmann has an individual as flexibly competent as Leo to renew off, he blossoms like none other. Simply put, he has never been the type to orchestrate moves, run into spaces or pin centre-backs; he’d much rather have players stick close to him and allow him to frequently take touches on the ball.

The moment teammates refrain from looking in the 29-year-old’s direction, his impact lessens, and his confidence gradually begins to shatter, as was the case against Dynamo.

The Catalans’ deprivation of a striker is yet another significant factor that must prompt the duo’s partnership on a more frequent basis.

Given Lionel Messi and Antoine Griezmann struggle to play the role of a pure striker, pairing either one of them with an attacking midfielder such as Pedri or Coutinho devalues the output in the final third. Considering there is a clear shortage of forwards that can exploit spaces through the centre, their creativity is often deemed ineffective.

However, this doesn’t prove to be the case when Messi and Griezmann feature together in the centre, solely due to their efficacy to constantly interchange roles and act as reference points for each other, which was especially seen against Juventus as the duo substituted positions effortlessly. Situating them closer together enables either one of them to assert more dominance upfront, while one of them can remain relatively deeper.

Of course, in Messi’s previous outing, the Argentine talisman habitually drifted inside and left the right flank vacant occasionally. Still, off the ball he was a somewhat regulated winger, not interchanging roles with Griezmann, but rather executing his own freedom. Griezmann had to pay the price for Ronald Koeman’s tweak in the system as the former Atletico sensation had a measly 21 touches on the ball, eventually coming off for Dembélé in the second half.

All in all, albeit Pedri Gonzalez has turned out to be an innate attacking midfielder and an immaculate back-up to Coutinho, with the Brazilian no longer present, it’s vital to utilize Griezmann as much as one can.

Besides, Pedri doesn’t particularly need to be placed in a specific area to flourish, since he had one of his most impactful displays on the left flank. Whereas, on the other hand, Griezmann’s requirements can only be satisfied centrally, with Lionel Messi situated closer to him.