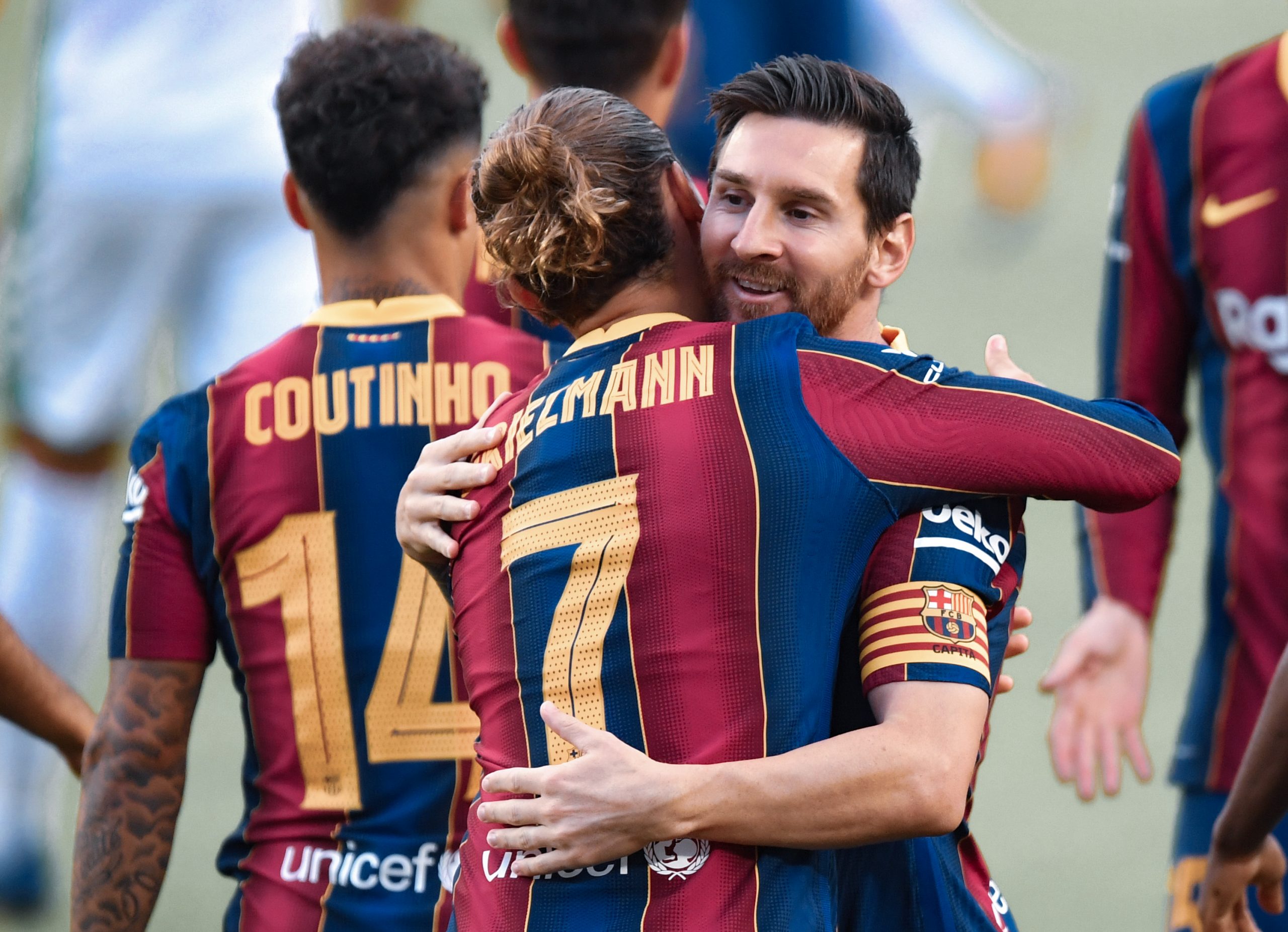 While Lionel Messi and Antoine Griezmann haven’t had the most prolific starts to the season, there is a case to be made about whether they are gradually beginning to click.

The beginning to Barcelona’s season, in a word, has been puzzling. A display showing extraordinary promise on one day, followed by bizarre mishaps the other. Of course, when it comes to catastrophes in football, they’re almost always about goals. And poor finishing has marred quite a few results for the Catalans already.

When finishing is being discussed, naturally we must look at Lionel Messi and Antoine Griezmann. Two of the club’s biggest names and goal threats, and two of the best finishers in the world. Or so, one might think.

Both Messi and Griezmann have endured rather tumultuous starts to the campaign. Griezmann notched his first goal of the season against Deportivo Alavés over the weekend after a string of missed opportunities in the games prior.

And while Messi has scored 2 goals so far, the Argentine is yet to register a goal from open play so far this campaign. This isn’t to say they are playing poorly, quite the opposite in fact. They are creating and finding chances freely, however, to no avail.

Now with Ronald Koeman having so many selection headaches every week, perhaps with the current injury to Philippe Coutinho, Messi and Griezmann will be seen together a lot more. But things are not that straightforward.

Positional clashes? Not so much

Since Griezmann’s arrival at the club last summer, there have been various factors influencing the Frenchman’s lack of consistency. Undoubtedly a player who thrives in central areas, he spent quite a while playing on the left. Inability to cut in onto his favoured left foot, being too far away from the goal to run in behind and a lack of freedom to move centrally all plagued his output. Since he occupies so many of the same spaces as Leo traditionally, it was tough to adapt.

Hugs galore, the goals, not so much. (Photo by Cesar Manso / AFP)

Then followed conflict and controversy galore at Barcelona. And amid all this, a change of coaching personnel. He had his ups and downs, but now with Koeman, Griezmann is getting his chances in his favoured position. Yet, it does not feel enough.

With Luis Suarez’s departure, Messi and Griezmann have found themselves in a spot where they must quickly get up to one another’s tempo. Being as intelligent as they are, the pair aren’t really flowing to their full potential quite like Messi and Suarez did. However, things seem to be changing.

The big Champions League win against Juventus last week can serve as a good example. Messi and Griezmann seemed to play off each other a lot better. They found themselves in a lot of dangerous positions. But once again were only denied by a lack of luck and clinicality.

Now the old argument about how the two occupy so many of the same areas is proving to be somewhat of a positive. They are starting to read each other’s movement better and in the process the game. With so many central based players in the roster, this might perhaps make things easier for Koeman.

In the World Cup winner’s absence, when Messi starts alongside Coutinho, limitations have arisen. Coutinho, while a clearly gifted midfielder, does not directly solve the issue of a lack in goal threat. Additionally, when he plays out wide, there is no significant scope for him to consistently combine with Messi, through whom most attacks still flow.

The wait for a #9 will continue

The absence of an out-and-out striker is clearly showing over the cracks at Barça. And given the club’s precarious financial standing right now, signing a top-quality striker seems like an impossibility anytime soon.

“I was missing chances, the team needs my goals.”

But now, to solve the issue immediately, Messi and Griezmann seem like the best pairing to go with up top. Naturally, this may not be permanently viable, especially if the two refuse to put on their scoring boots. But for now, they are here, and they must be relied on. Griezmann especially must prove his pedigree. And he knows it too.