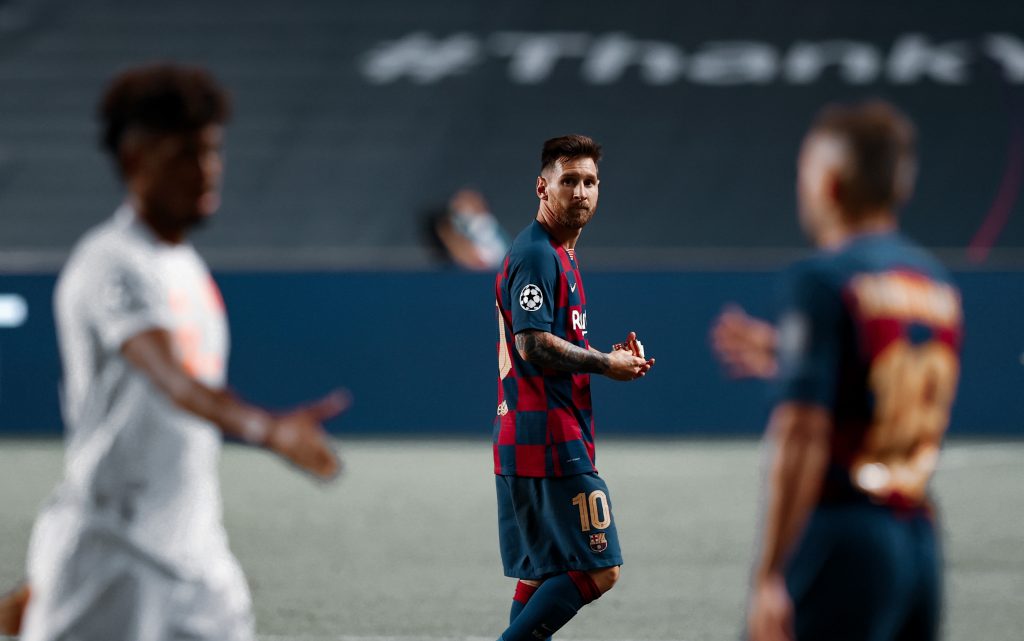 For the first time in 15 years, Lionel Messi and Cristiano Ronaldo both missed the Champions League semi-finals. Does this hint at the end of an era?

Lionel Messi and Cristiano Ronaldo are two names known even among those who have no idea of anything going around in the footballing world. These two names just resonate with this game for decades now. Footie fans vouch for the magic they bring with their foot. While players get motivated to see them, young blood looks up to them as their guiding stars. Attracting the fans for their charm to saving their clubs from harm: this twain is exceptional in its rivalry as well as in the matchless performances. There was none like them, and there won’t be any to come.

Having said that, for a hard die fanatical of this duo, 2020 is a cursed year. Where Ronaldo’s allure failed to save Juventus from bowing out of the Champions League in the round of 32 against Olympique Lyonnais, Messi went home from Lisbon’s Estádio da Luz after having a miserable defeat in a game against Bayern Munich.

Messi, who has won Champions League four times previously, and Cristiano Ronaldo, who has won the title five times –– one with Manchester United and four with Real Madrid ––, both humiliatingly crashed to make to the last four this season. This was quite painful for the culés and the hunchbacks alike –– well, it must be. When after fifteen years, neither the magic of Messi nor the enchantment of Ronaldo worked to take both the clubs to the semi-finals, many eyebrows were raised.

It has been discussed lately that the undefeated Leo and unstoppable Christiano seem to be losing their charm. On paper, it has been predicted the time has come when the dominance of this couple in the world of football will finally end. But is it so? Factually, it sounds frustrating and unreal but it is bluntly obvious that the underlying problems lie with the clubs and not with the players. Both clubs, Juventus and Barcelona, are wasting the peak years of this unparalleled duo owing to the internal club issues, managerial matters, and inconceivable board decisions.

While Juventus have been the biggest club in Italy, at least shown by being league champions, coach Maurizio Sarri had struggled critically to keep up the hopes for the club’s European and domestic titles. Cristiano Ronaldo faces many challenges as the patterns in Turin are way different than at Real Madrid. He doesn’t get the competition in domestic leagues which is required to be prepared for Champions League.

As for the blaugranas‘ number 10, the good for nothing board and inexperienced manager seems to have ruined it all. The tactics, the gameplay, the formation: when everything flattens the Catalans, eventually it comes to over-relying on Messi. He has to lead the team singlehandedly to win important matches which completely ignores the fact that football cannot be a one-man show and has to be played with a reliant team where everybody knows their role and are willing to play it.

All these issues spoiled the season for the superstars and undoubtedly, both legends are facing the twilight in their career. Nonetheless, although it hasn’t been pretty lately, many believe that they still have the potential to give a couple of more magical years to their fans. Conversely, one cannot ignore the fact that the couple is incredibly exceptional in the football field but when it comes to the pitch of ageing, they can’t show their skills to kick the ball of age coming towards them. One cannot deny that their skills are prone to ageing and these skills are meant to become challenging with time.

Naturally, the 35-year-old Portuguese and 33-year-old Argentine will have to say goodbye to the game one day. That day hasn’t come yet but it may be nearer. The spark isn’t dead yet but it’s dying. The charm isn’t lost yet but it will be lost. And the wait –– it isn’t over yet, but it will be. Hence, the end of an era might be an overstatement but, it is surely the beginning of the end.