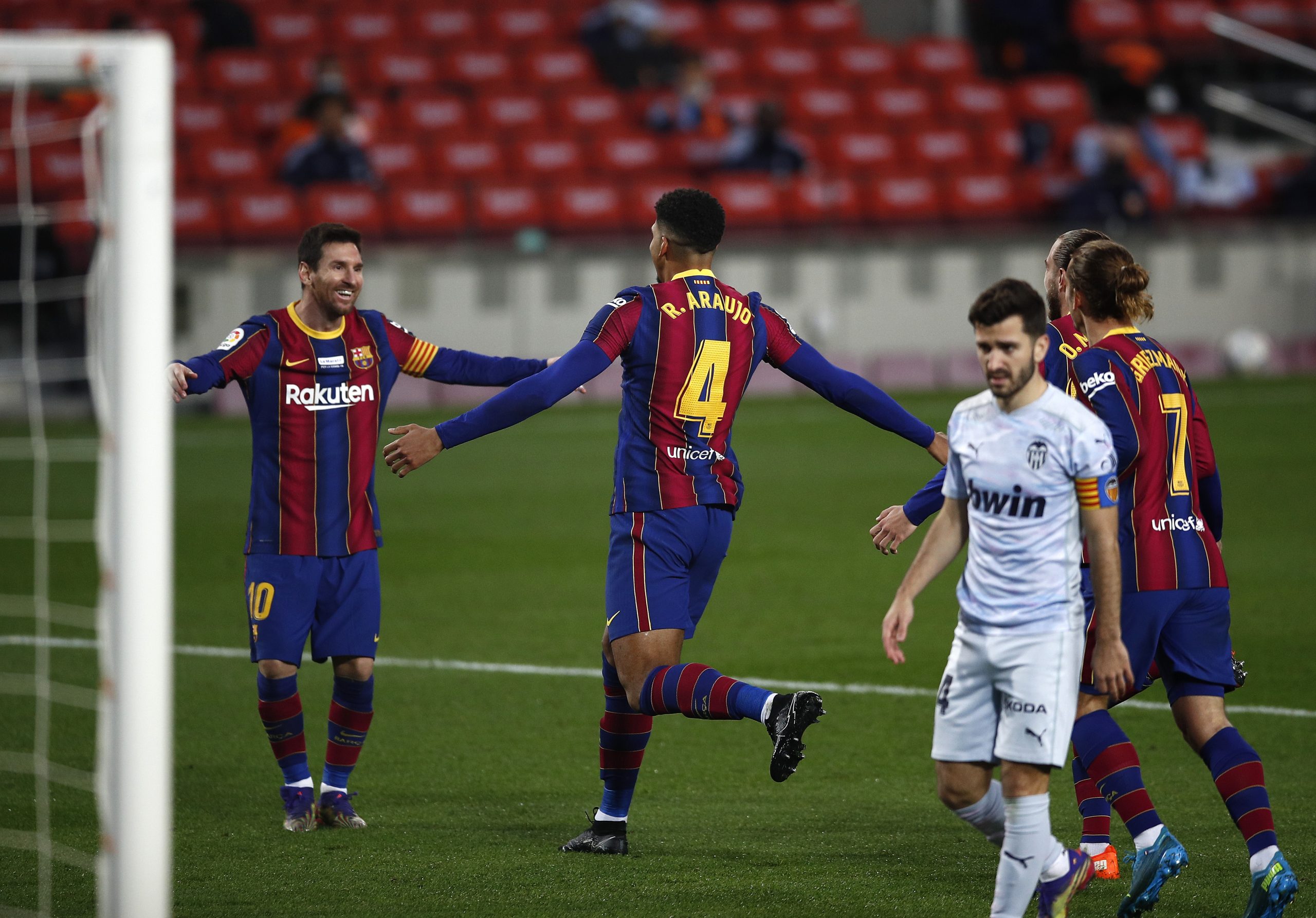 According to a report published from Mundo Deportivo, Lionel Messi and Ronald Araujo did not attend the training session today morning ahead of Barcelona’s clash with Real Sociedad. The club is yet to provide with an explanation to explain why.

Araujo picked up an injury to his right hamstring ahead of the game against Granada, during the pre-game warm-up, which ruled him out from the tie. Samuel Umtiti came in to replace the Uruguayan, and quite successfully so. It was reported that Araujo will miss the Spanish Super Cup Semi-Finals against Sociedad, but made it to the squad list for the fixture, with both him and Ronald Koeman confirming that the player feels fine.

On the other hand, Messi was substituted off against Granda post the fourth goal that Barcelona scored. Earlier suspected to be rest, several conflicting reports were released that the six-time Ballon d’Or winner had picked up some discomfort in his leg.

As an update to the story, published by SER, Araujo reportedly arrived late to training, but Messi is still missing from the camp. Nature of the absence is unclear at this point, but if it does indeed revolve around an injury, it might be wise to rest the Argentine to focus on La Liga.