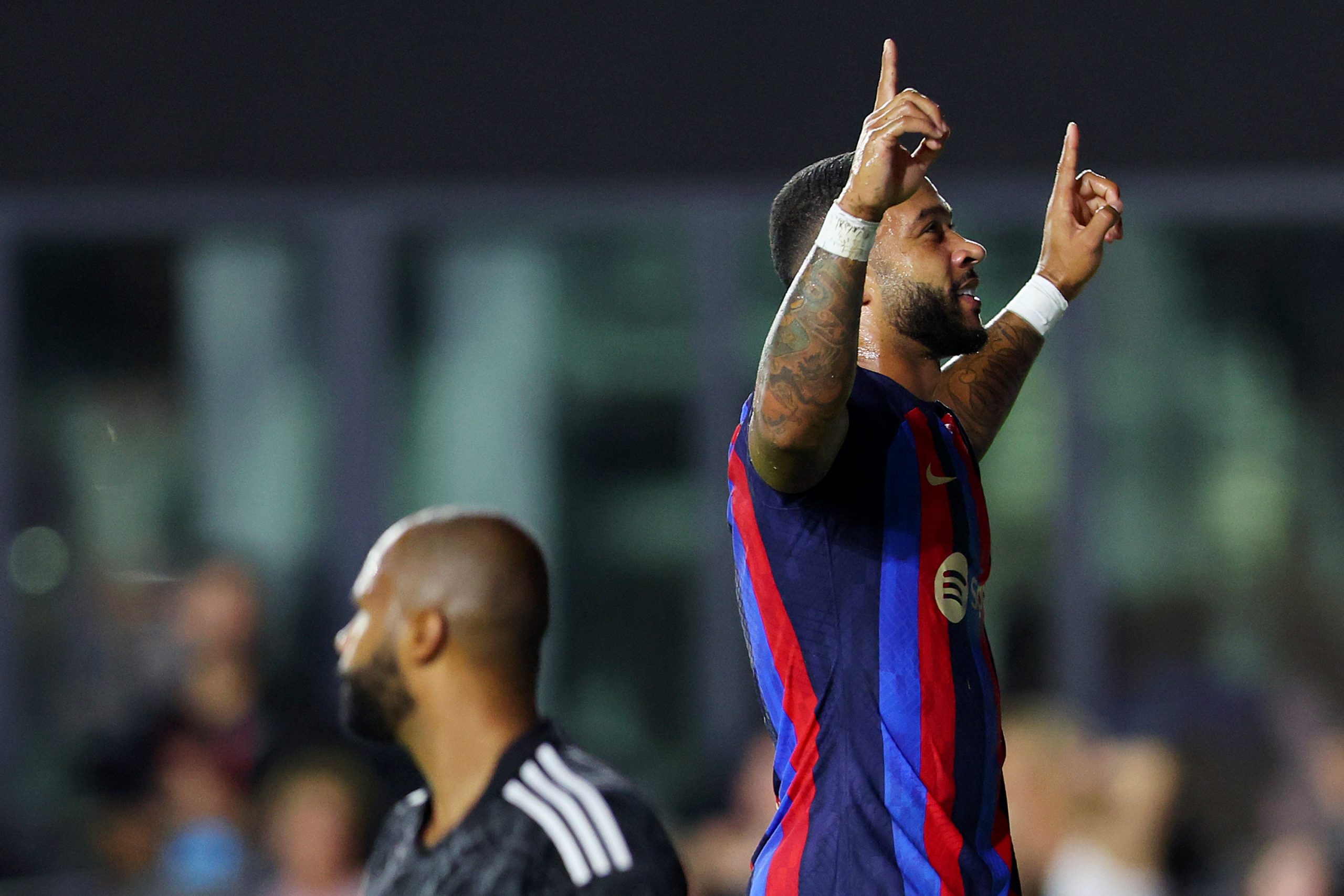 Memphis Depay’s lawyers are currently in Barcelona to negotiate his exit from the club in the ongoing transfer window, reports Fabrizio Romano.

Depay signed for Barça only last summer, but had penned just a two-year deal after arriving from Olympique Lyon as a free agent. The Dutchman, though, has fallen down the pecking order at Camp Nou after the slew of attacking signings made by the club in January and the summer.

As a result, Xavi Hernandez has already informed the 28-year-old that he would not be playing much this season, telling him that an exit would be his best option. Barcelona have already put him up for sale and have been demanding a sum of €20 million for his services.

Depay, who was reluctant to leave at first, has now accepted his fate and is ready to move on from Catalonia. However, in order to do so, the Netherlands international is asking the Blaugrana to terminate his contract and let him leave as a free agent.

His lawyers are, thus, in the Barcelona offices currently as they try to negotiate a deal for him to leave as a free agent.

Even if such an agreement is reached, Depay would only consider leaving Barcelona for a top club, that too if he feels that it is the right project for his career.

Tottenham Hotspur have been heavily linked with a move for the Dutch ace, but he is reluctant to return to the Premier League after his ordeals in England with Manchester United.

Juventus have emerged as a much more realistic possibility for Depay, as they would be competing for top honours and would be able to provide regular game-time as well.

However, for such a move to materialise, Barcelona will have to agree to let Depay leave for free, just a year after his arrival on a Bosman deal.