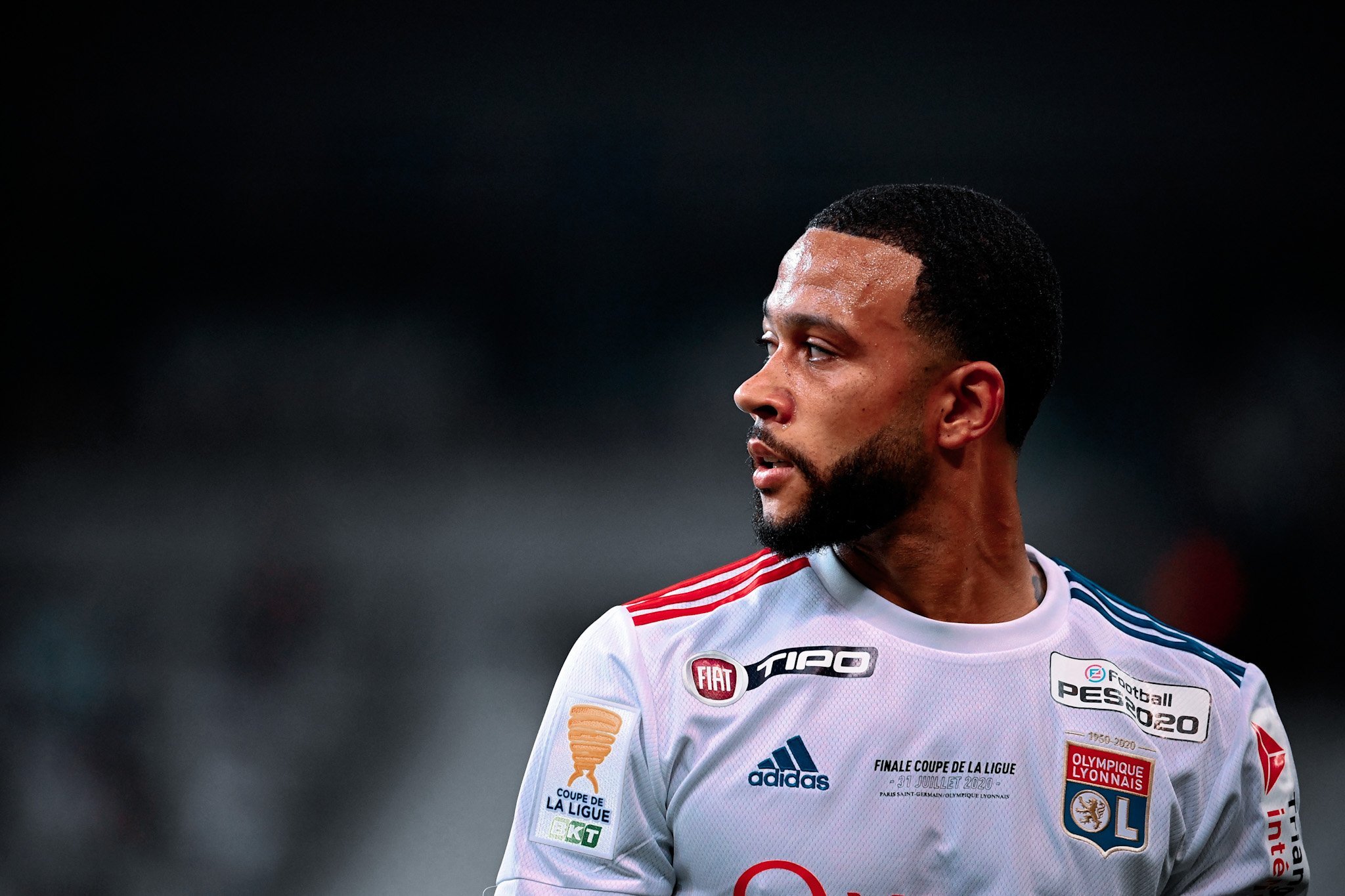 As Olympique Lyonnais’ 26-year-old attacker Memphis Depay is edging closer to Barcelona, is he a missing piece for the team, or an unneeded whim from Dutch coach Ronald Koeman?

As the years under the reign of Josep Maria Bartomeu have gone by, Barcelona fans have gotten used to a bag load of senseless transfers. It would have been fine if it was only about poor negotiations and overpaying for players, but it trickles down to something more than that.

The business referred to here is shady, unplanned, and conducted by keeping the best interests of a particular individual at heart instead of the club. Category one has players bought as part of suspicious money laundering activities like Paulinho, Kevin-Prince Boateng, Miralem Pjanić, etc.

We also have players bought just for the sake of weakening a rival or marketing purposes, even though they do not fit the system. Case in point: Antoine Griezmann or Arda Turan. Ruining player’s careers by buying them with no real intention of playing them include Malcom, Jean-Clair Todibo and Yerry Mina, among countless others.

However, recently, Barcelona has been linked with a move for Olympique Lyon’s Memphis Depay with personal terms as good as done, and the transfer almost inevitable at this point. Even though Memphis has one year left on his contract, the reported fee – somewhere between 25 and 30 million – could make this an absolute bargain.

Over the last two seasons, Depay has come out as the protagonist for the Lyon and the Netherland national team, playing in multiple positions across the attack, taking responsibility on the ball. During this time, the former PSV and Manchester United player shifted more permanently to a central role, operating alongside Moussa Dembélé in a twin striker system, or as a false 9 or no. 10 in the hole for Lyon. Despite the shift in function and position, the Dutch international has managed to maintain his top-notch output for club and country.

In the 2019/20 season, for example, before his cruciate ligament injury, Depay scored nine goals and assisted two in just 13 games, averaging a goal every 113 minutes. He is, though, a lot more than his goal returns.

Depay boasts of excellent anchor activity and continuously drops deep to construct plays in the attack. He has the intelligence to interpret space in the centre of the park and the eye for a defence-splitting through ball. In the 19/20 term, he managed 1.9 key passes per game, creating five big chances. 2018/19 gives us an even larger sample size, one that suggests that Depay played in a massive 3.1 key passes per game – highest that season –, creating 14 big chances – fourth highest.

Depay’s KP90 – Passes leading to shots per 90 – is also a testament to his ability to create while playing as a centre-forward, averaging 2.43 passes per game in the 19/20 and 3.62 in the 18/19. When we compare it to players who play similarly – starting in the centre before moving wide – , Depay comes out on top against some of the best.

For example, Karim Benzema’s stats hover at 1.45 and 1.67, respectively, while Timo Werner and Kai Havertz stay at 1.98 and 1.72, respectively. Depay’s numbers are quite clear of Barcelona’s current striker Luis Suárez, at 1.18, and Barcelona’s preferred striker, Lautaro Martinez, at 1.12.

Not only would the playmaking abilities of Memphis Depay take some pressure off Lionel Messi at Barcelona, but he would also be likely to benefit in terms of goal contributions because of it. Messi plays as a winger on paper but likes to leave his space and rove in the middle.

In the recent past, though, this has been a problem with Luis Suárez on the pitch. The Uruguayan is not in his days of youth, and can no longer show the athleticism of his peak days. This consequently impacts the team’s ability to play a fluid front three who can interchange positions on the pitch. With Memphis Depay part of the Barcelona front three, Messi could comfortably take the role in the centre while drifting wide. One of Ousmane Dembélé or Ansu Fati could start as the winger and switch sides depending on the positioning of Messi.

One thing that could be of concern is that Depay is a player who likes to stay in control of the ball, even if it means continually moving elsewhere on the pitch. Barça, however, have several players like this, including Messi, Antoine Griezmann, Francisco Trincão and Pedri. What the team lacks, and probably needs is a runner – a player who can carry the ball into the final third and run at the opposition. Ansu Fati matches this style, but at 17, he might not get too many chances over others. Dembélé, on the other hand, can easily take up this responsibility but has proven to be unreliable due to his recurring hamstring injuries.

Additionally, Memphis Depay is the protagonist of both his teams, acting as the linchpin who does it all, but at Barcelona, he might not get that. The likes of Griezmann are already ready to take up that obligation in case Messi does not play.

Memphis’ role with his club allows him the freedom to try outlandish things, like taking on multiple players at once instead of passing the ball, or shooting from unfathomable distances. For instance, in the 2018/19 campaign, Depay attempted 62 shots from outside the box, only three of which had an xG of more than 0.10. He managed to convert only three of these chances, one of which had the xG of 0.03.

It is thus clear that Memphis Depay is a volume shooter – something Barcelona lacks apart from Messi, but he will have to keep a stable head on his shoulders while wearing the Garnet and the Blue.

Nevertheless, there is little doubt over Memphis’ abilities, leading Lyon to a Champions League semi-finals, and his country to the UEFA Nations League final. This transfer has similar pros and cons, and it is natural that the fans are suspect due to the same as it sounds utopian and almost perfect to come true at Barcelona, but, for 25 million, it might just be too good to pass up on.