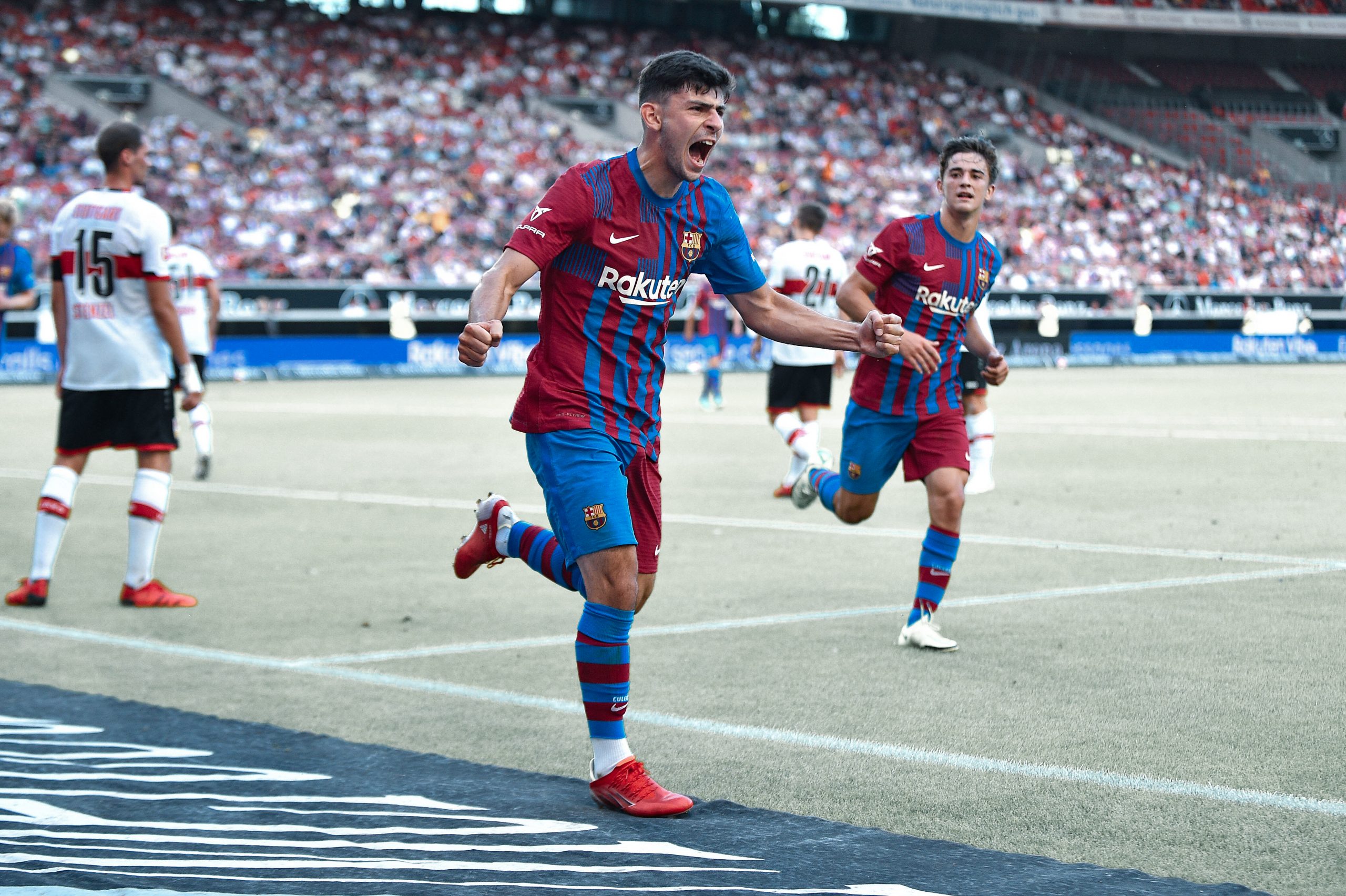 In front of a quite hostile crowd away from home, FC Barcelona knew they were in for quite a tense game of football. Every slight possession of the ball was followed with whistles from the home support.

It took a while for the match to truly come alive. The hosts had attack after attack ended by a brilliantly positioned Gerard Pique, while Barcelona had their attacks lack the final product. Yusuf Demir, in particular, was essential to the team’s dynamics out wide, playing numerous crosses, but to his dismay, none truly reached their intended targets.

Around the 20th minute, the Catalans found their feet. This newfound life resulted from the increased activity of Memphis Depay. The Blaugrana imposed themselves on their hosts, forcing mistakes and generating more and more goal-scoring chances.

From out of nowhere, Frenkie de Jong caught the defence completely off guard with a long ball from the halfway line into the final third. Depay, who had some of the highest reception of progressive passes in the Ligue 1, showed his pedigree in the box, duly controlling the ball, playing it over his defender’s head and smashing the ball into the back of the net to open the scoring.

Not too long after, the Catalans’ lead was doubled. With Memphis again at the start of chances, he played a perfectly weighted backpass into an onrushing Antoine Griezmann’s path. On the byline, and with nobody marking him, he picked his target, playing a perfect ball into Yusuf Demir’s path for his first Barça goal.

The second half ended with a phenomenal defensive contribution from star player Gavi, who up until then had an incredible 45 minutes.

Given the lead they had in the first half, the Catalans played with much more calmness on the ball, but the hosts upped their intensity and attacked a bit more. By the 60th minute, they had two shots, both off target, but that tally was more than what they had amassed in the first half.

On the half-hour mark, Ronald Koeman made the much-awaited substitution of Riqui Puig for Gavi. Jordi Alba and Sergio Busquets also made their returns to the team.

Barca failed to create any meaningful opportunities, and their first dangerous chance came through Demir once more, however his delicate chip didn’t connect with Memphis. Barça’s first goal-scoring chance came from Riqui, following a beautiful cross from Sergino Dest.

Soon after, Barca got their third goal of the tie. Memphis Depay played a long ball into Sergi Roberto’s path, and the Spaniard then, albeit clumsily, found Griezmann. The Frenchman saw Riqui’s run into the box, waited patiently, and lacerated the defence to find him. With just the goalkeeper to beat, Puig took a low shot, beating the keeper on his near post.

Rey Manaj came on in the 77th minute, and past precedence would suggest he was going to score. Just seconds after coming on, he almost found the net, forcing a brilliant save from the goalkeeper.

The Catalans kept a much deserved clean sheet, convincingly beating Stuttgart by three goals to nil.